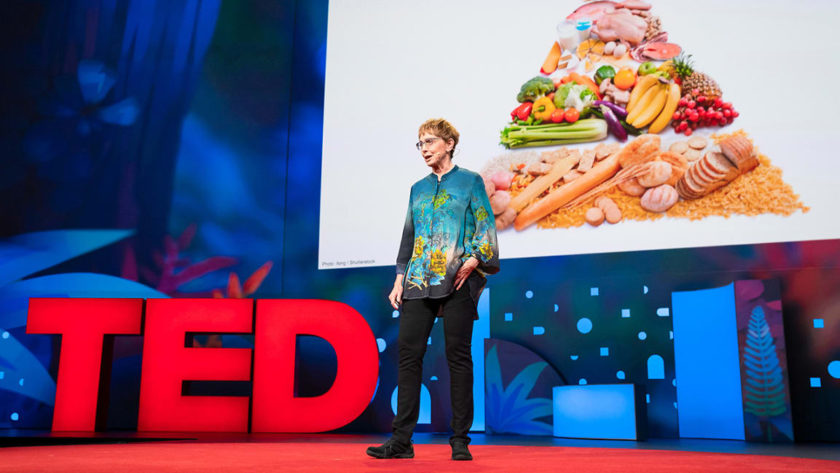 A common global warming argument is that increased levels of CO2 is not bad, but instead is good because plants love CO2, hence all plants will thrive.

Let’s look at one of the many examples. As a Heartland Institute disciple Rep. Lamar Smith (R–Texas) plugged the party line that they are being paid to promote when he wrote the following op-ed …

A higher concentration of carbon dioxide in our atmosphere would aid photosynthesis, which in turn contributes to increased plant growth. This correlates to a greater volume of food production and better quality food. Studies indicate that crops would utilize water more efficiently, requiring less water. And colder areas along the farm belt will experience longer growing seasons.

While crops typically suffer from high heat and lack of rainfall, carbon enrichment helps produce more resilient food crops, such as maize, soybeans, wheat, and rice. In fact, atmospheric carbon dioxide is so important for plant health that greenhouses often use a carbon dioxide generator to increase production.

Is the above claim factual and scientifically based?

The quick short answer is “no”. Note that he links to no studies, nor can he cite any subject matter experts to verify the above.

CO2 is Junk Food for Plants

Kristie Ebi, director of the Center for Health and the Global Environment, gave a talk as part of session 8 at TED in Vancouver this month (April 2019). It is too early to view it on-line, but others are reporting on her talk …

…“Our emission of greenhouse gases from burning fossil fuels is reducing the nutritional quality of our food,”…

Ebi directly refuted an idea that’s been floating around for a while about the effect of CO2 on food production and global hunger. Technically, plants need CO2 to survive: They bring it in, break it down, and rely on carbon to grow. Some researchers have claimed that more CO2 means that more plants will be able to grow, and higher CO2 levels will then help solve food insecurity.

That, according to Ebi, is a hugely, dangerously wrong. Not only will climate change and global warming make agricultural productivity and much more unstable, but when plants take in an excess of CO2, their chemical makeup changes in a way that that’s harmful to the humans and animals that depend on them for nutrition: higher concentrations of CO2, increases the synthesis of carbohydrates like sugars and starches, and decrease the concentrations of proteins and nutrients like zinc, iron, and B-vitamins.

I mentioned earlier on that Lamar Smith, the paid for shill of the oil and gas industry, cited exactly no evidence for his claim. He can’t because what he claims is not true.

As a rather stark contrast to that, Kristie Ebi, the TED speaker, is one of the authors of a study published in Science Advances.

Carbon dioxide (CO2) levels this century will alter the protein, micronutrients, and vitamin content of rice grains with potential health consequences for the poorest rice-dependent countries

We used multiyear, multilocation in situ FACE (free-air CO2 enrichment) experiments for 18 genetically diverse rice lines, including Japonica, Indica, and hybrids currently grown throughout Asia. We report for the first time the integrated nutritional impact of those changes (protein, micronutrients, and vitamins) for the 10 countries that consume the most rice as part of their daily caloric supply. Whereas our results confirm the declines in protein, iron, and zinc, we also find consistent declines in vitamins B1, B2, B5, and B9 and, conversely, an increase in vitamin E. A strong correlation between the impacts of elevated [CO2] on vitamin content based on the molecular fraction of nitrogen within the vitamin was observed. Finally, potential health risks associated with anticipated CO2-induced deficits of protein, minerals, and vitamins in rice were correlated to the lowest overall gross domestic product per capita for the highest rice-consuming countries, suggesting potential consequences for a global population of approximately 600 million.

The impact is profoundly devastating for humanity

They basically grew fields of rice that were saturated with CO2 levels equivalent to those that we might experience in 2050, just 30 years from now, then analysed the harvest.

This remained true for all the study sites scattered across different nations.

The level of CO2 the plants were exposed to was about 570 (today right now we are way above the pre-industrial level of 280 and are already at 414).

The decreases don’t appear to be huge, but remember that vast numbers of humans depend upon such food crops …