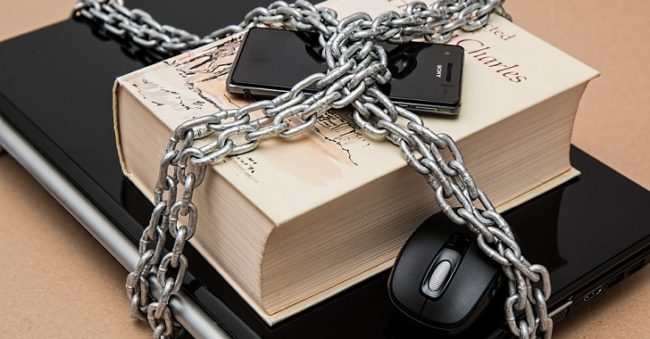 Victoria Herrmann, President and Managing Director of the Arctic Institute and a National Geographic explorer, has written a potentially important article …

As an Arctic researcher, I’m used to gaps in data. Just over 1% of US Arctic waters have been surveyed to modern standards. In truth, some of the maps we use today haven’t been updated since the second world war. Navigating uncharted waters can prove difficult, but it comes with the territory of working in such a remote part of the world.

Over the past two months though, I’ve been navigating a different type of uncharted territory: the deleting of what little data we have by the Trump administration.

At first, the distress flare of lost data came as a surge of defunct links on 21 January. The US National Strategy for the Arctic, the Implementation Plan for the Strategy, and the report on our progress all gone within a matter of minutes. As I watched more and more links turned red, I frantically combed the internet for archived versions of our country’s most important polar policies.

I had no idea then that this disappearing act had just begun.

Since January, the surge has transformed into a slow, incessant march of deleting datasets, webpages and policies about the Arctic. I now come to expect a weekly email request to replace invalid citations, hoping that someone had the foresight to download statistics about Arctic permafrost thaw or renewable energy in advance of the purge.

I’ve looked, and I can’t find any evidence of any scientific data being deleted.

If this is wrong, and I’ve missed something, please drop a comment.

What is clear is the following

What does “Deleting Citations” mean?

I’m a tad bothered by the use of the term “deleting my citations” within the article, and so I wonder what that means. It sounds as if she was referencing a dataset within a peer-reviewed paper she wrote and discovered that the dataset itself was gone, so I wanted to check and see what she meant.

The one specific example given is this …

At first, the distress flare of lost data came as a surge of defunct links on 21 January. The US National Strategy for the Arctic, the Implementation Plan for the Strategy, and the report on our progress all gone within a matter of minutes.

That sounds important, so what exactly was that, what did it contain, and where was it hosted?

It was a document created by the previous administration and had been hosted on the official Whitehouse website.

Google that document and you can quickly find it, for example in the whitehousearchives here, or on the Virginia.edu website here, etc…. It is all over the place, so actually obliterating the very existence of this is quite frankly not an option.

It was also of course hosted on whitehouse.gov, and yes that has been purged.

But wait a second, everything Obama related, and that includes all references to climate change have been purged from this official Whitehouse website. That however is normal. In reality it would be quite frankly bizarre for a successive administration to continue to host the policy documents from the previous administration, so that observation that it is gone is not a purge of scientific data.

Incoming administrations tend to wipe that slate clean and start afresh on that website. Everything that was there is not actually obliterated, but instead has been archived and will never ever be obliterated. This is standard practise during administration transitions. Finding that archive is not exactly rocket science.

To be blunt, having links to any document hosted on whitehouse.gov and not anticipating that those links will break during an administration transition is quite frankly naive.

It is not just that one document, she goes on to claim …

Since January, the surge has transformed into a slow, incessant march of deleting datasets, webpages and policies about the Arctic.  I now come to expect a weekly email request to replace invalid citations, hoping that someone had the foresight to download statistics about Arctic permafrost thaw or renewable energy in advance of the purge.

Webpages and policy documents being changed during an administration transition I can understand, but the claim that datasets containing statistics is indeed something that would be potentially very disturbing. However, I am not finding any evidence that this is true. No specific examples are provided, and I can’t find any.

My political bias might indeed nudge me towards embracing her claims as true without questioning it, and yet I must. My abhorrence at the utterly anti-science crackpottery that is endemic within the new administration also lends the claim rather a lot of credibility, but without cold hard evidence that it really is factual, I simply can’t accept it as true.

I need evidence … can anybody help with that?

The new climate of fear

The anti-science stance being driven from the top down by the new administration has not only greatly polarised the political landscape, but it has also created a climate of fear within the scientific community.

It is not unwarranted.

Evidence-based science is under direct attack and so a fear that data will be purged is understandable. When links to previously referenced policy documents suddenly start breaking, a natural fallout from that fear is a conclusion that scientific data is being removed. That however is not what is actually happening.

We might indeed mock the right-wing’s “alternative facts”, but if we also do exactly the same then it undermines such criticism. Truth matters.

Make no mistake, we are in one sense now living in Fahrenheit 451. However, the administration’s weapon of choice is finance. The new budget proposal is designed to pull the rug from under climate science via the crafting of a fiscal drought so that further research simply withers. The current data stays, but the ability to continue to both maintain and enrich that data will be gone.

In summary, Yes I am biased against the new administration, and with good reason, but I’m also passionate about believing as many true things as possible and not permitting my emotional bias to override that.