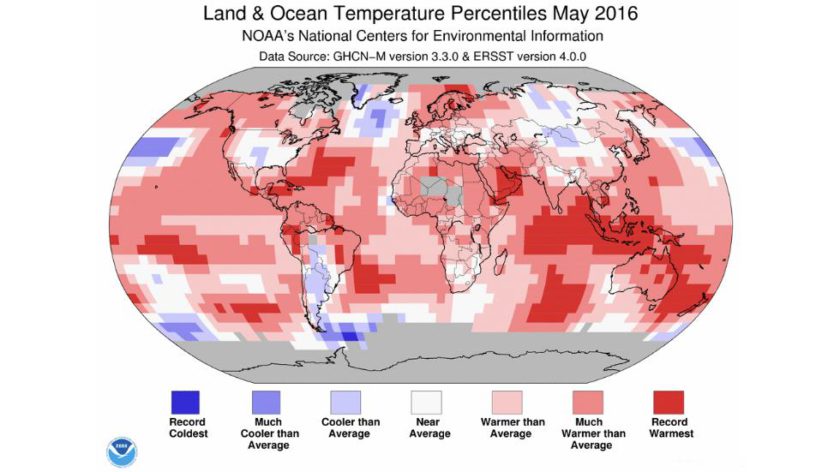 Climate Change relentlessly rolls forward. 2015 was the warmest year on record ever, but 2016 is now well on track to shatter that record.

The numbers for May have now been released, and so can you guess what that revealed?

Indeed yes, May 2016 was the warmest May ever recorded.

[Sarcasm mode on] Did you spot the ever so subtle trend there?

If you still truly feel that Climate Change is just a conspiracy and that this is not actually happening, then you need not take my word for it. Instead simply surf on over to NOAA and check out the actual data for yourself. 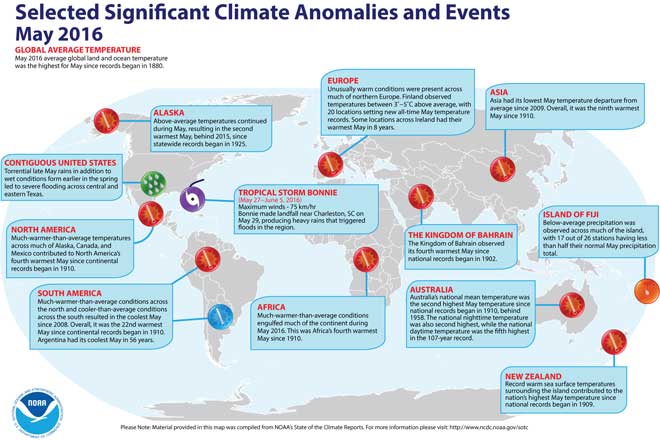 When it comes to topics such as Climate Change, you can indeed have your very own opinion. However, what you do not get to have is your very own variation of factual data. It is that wholly verifiably and completely indisputable data that is not just telling us, but is quite decisively yelling at us, that the CO2 that we are still vigorously pumping into the atmosphere is warming up the planet.