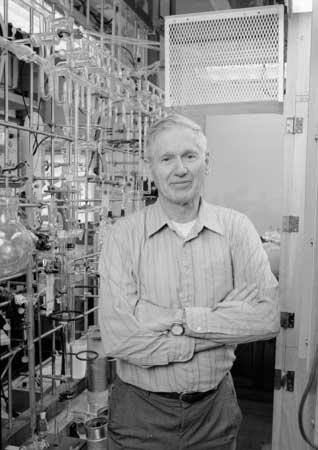 In 1958 Charles Keeling began formally recording the levels of Carbon Dioxide in our atmosphere from the NOAA Mauna Loa Observatory in Hawaii. Prior to that we had no continuous and consistent measurements. What he revealed were two things …

What we now have is what is known, quite rightly, as the Keeling Curve, and it looks like this … 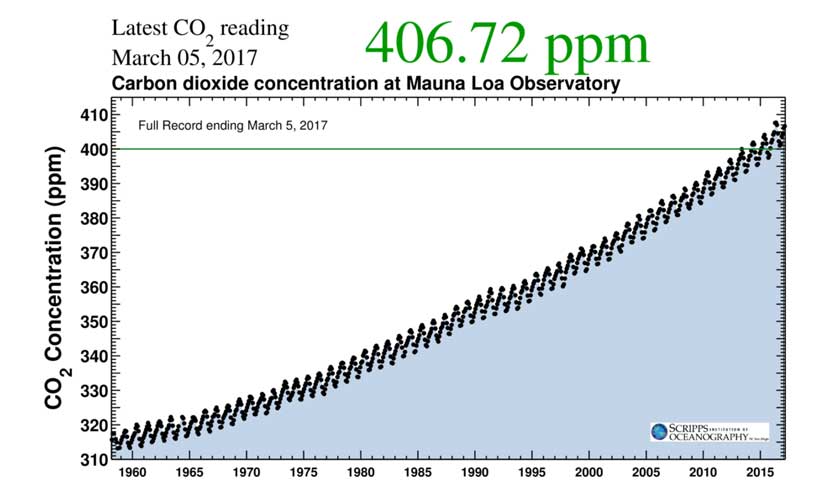 At this link run by the Scripps Institution of Oceanography at UC San Diego, you can find the latest daily updates. The graph shows you measurements made over a period of one week. Under that you can click to increase the time period and scale all the way out to 800,000 years. The precise data only goes back to 1958, so the older data comes from ice-core data. 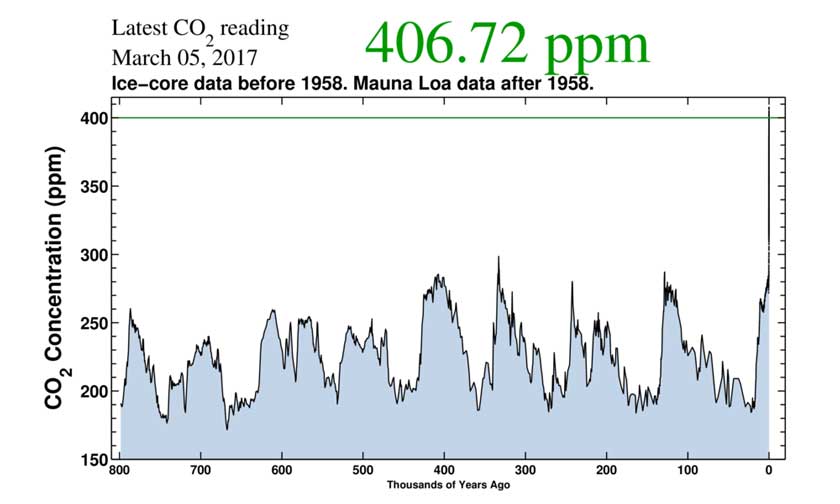 What is rather clear is that in the past 800,000 years the levels of carbon dioxide never went above 300 PPM. We have changed all that, that’s us on the right hand side.

The realisation of this is so important that the Keeling Curve itself has been designated a landmark by The American Chemical Society, and so it is now officially a National Historic Chemical Landmark.

It is perhaps also appropriate to perhaps observe that Keeling’s program continues today, and is run by his son, Ralph Keeling.

In some respects this is ground zero for climate change evidence.

“The Mauna Loa CO2 record changed how we view the world. It proved for the first time that humans were altering the composition of air globally, and it thereby legitimized the concern over human-caused climate change.” – Ralph Keeling

“The Keeling Curve is an icon of modern climate science, Dave Keeling’s meticulous research provided scientifically credible evidence that has proved critical to understanding and addressing human impacts on our environment. Keeling recognized in 1960 that fossil fuels are driving global atmospheric change, which presents serious challenges for Earth and its people. The global impacts of climate change are what make Keeling’s work so important, and so celebrated, today.” – Thomas J. Barton, Ph.D., immediate past president of ACS

The subject line of the posting says it all, but basically we are fast approaching 410 PPM.

The UK Met Office issued a forecast on 24th February, and that predicts that we will most probably hit a new maximum of 409.86 in about May of this year … 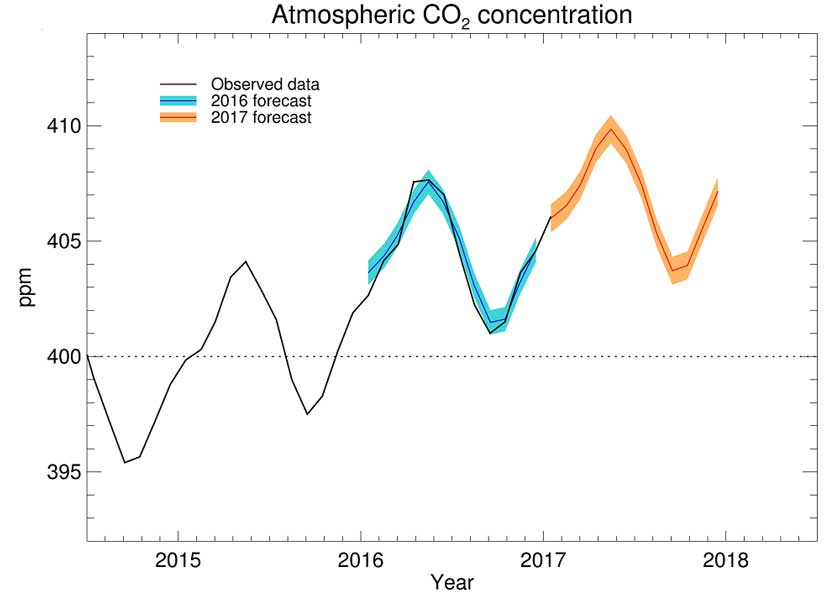 Within their forecast they explain …

The 2015-2016 CO2 rise was the largest in the 50-year Mauna Loa record.  It was forecast to be 3.15 ± 0.53 ppm, on the basis of ongoing anthropogenic emissions and the temporary effect of the 2015-16 El Niño event in weakening tropical land carbon sinks.  The 2016 annual mean CO2 was forecast to be 404.45 ± 0.53 ppm, which compares with the measured 2016 mean concentration of 404.28 ppm. That successful forecast was a collaboration between the Met Office and the Scripps Institution of Oceanography.

Yes we damn well should. We must take decisive and meaningful action that will address what is perhaps the greatest challenge we have ever faced as a species, doing nothing is not an option. That is what the Paris agreement is all about. The threat by Trump to pull the US out of that concerns us all.