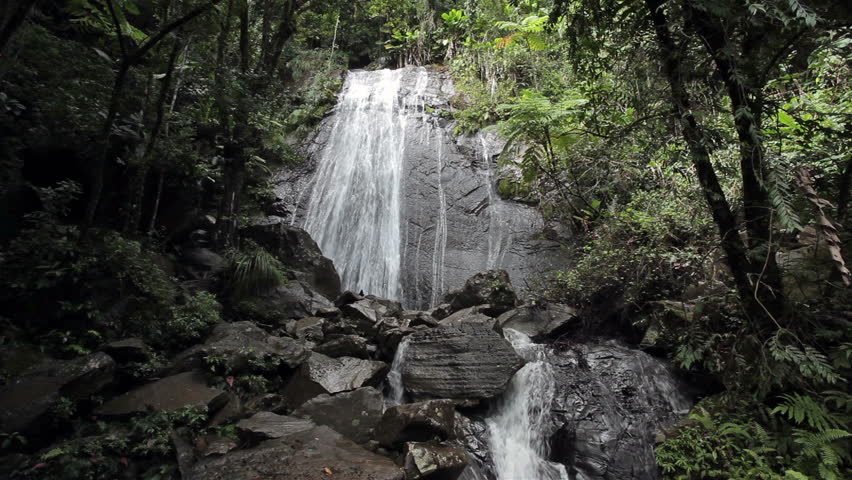 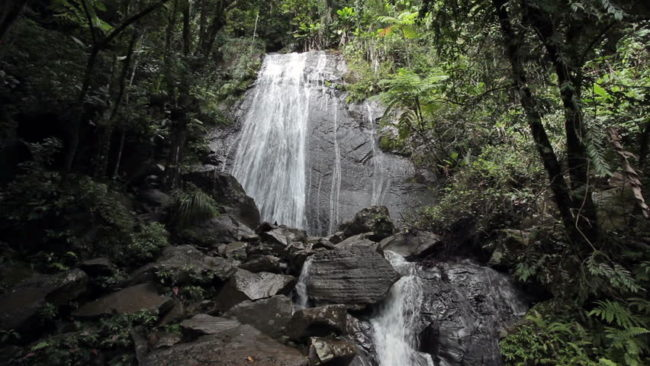 The diversity of life within Puerto Rico’s Luquillo rainforest has been measured over meany decades. A new study reveals that when recent measurements are compared with measurements acquired during the 1970s the results are truly shocking. It is not a “Oh that’s interesting” moment, but rather is an “Oh shit” moment.

Terms such as “Alarming” or “deeply concerning” simply don’t cut it because something truly dramatic is happening.

Published in the Proceedings of the National Academy of Sciences (PNAS) journal on 15th Oct, it lays out the rather stark details …

Over the past 30 years, forest temperatures have risen 2.0 °C. The study paper considers many possibilities and concludes that climate warming is the driving force behind the collapse of the forest’s food web.

This is extremely serious, not just for the Luquillo rainforest, but for the very existence of the diversity of life in general. Clearly climate change is having an impact upon tropical ecosystems that has not been anticipated.

A number of studies indicate that tropical arthropods should be particularly vulnerable to climate warming. If these predictions are realized, climate warming may have a more profound impact on the functioning and diversity of tropical forests than currently anticipated. Although arthropods comprise over two-thirds of terrestrial species, information on their abundance and extinction rates in tropical habitats is severely limited. Here we analyze data on arthropod and insectivore abundances taken between 1976 and 2012 at two midelevation habitats in Puerto Rico’s Luquillo rainforest. During this time, mean maximum temperatures have risen by 2.0 °C. Using the same study area and methods employed by Lister in the 1970s, we discovered that the dry weight biomass of arthropods captured in sweep samples had declined 4 to 8 times, and 30 to 60 times in sticky traps. Analysis of long-term data on canopy arthropods and walking sticks taken as part of the Luquillo Long-Term Ecological Research program revealed sustained declines in abundance over two decades, as well as negative regressions of abundance on mean maximum temperatures. We also document parallel decreases in Luquillo’s insectivorous lizards, frogs, and birds. While El Niño/Southern Oscillation influences the abundance of forest arthropods, climate warming is the major driver of reductions in arthropod abundance, indirectly precipitating a bottom-up trophic cascade and consequent collapse of the forest food web.

There is no avoiding it – From pole to pole, climate warming is disrupting the biosphere at an accelerating pace.

Are we Really Sure this is Climate Change?

There are other possible explanations.

Given its long-term protected status, significant human perturbations have been virtually nonexistent within the Luquillo forest since the 1930s, and thus are an unlikely source of invertebrate declines.

Due to the ongoing reduction in agriculture and associated farmland, pesticides use in Puerto Rico also fell up to 80% between 1969 and 2012. Most pesticides have half-lives measured in days, not decades, making it improbable that, despite precipitous declines in their use, remaining residues are responsible for waning arthropod abundance.

It is just this one Rainforest and is not global

Long-term abundance data taken by Pounds et al., Whitfield et al., and Stapley et al. indicate that Anolis populations in other tropical forests have declined in parallel with anoles at Luquillo. At Monteverde, Costa Rica, populations of Anolis tropidolepis and Anolis altae were diminishing by 4.4% and 3.1% per year, respectively, for 11 and 13 y before both species became locally extinct. Over a 35-y period at La Selva, Costa Rica, Anolis capito, Anolis humilis, and Anolis apletophallus decreased by 23%, 78%, and 71%, respectively, and in the rainforest on Barro Colorado Island, Panama, A. apletophallusabundance declined by 71% between 1971 and 2011. Proposed drivers of these trends were reduced mist frequency at Monteverde, diminished leaf litter due to climate change at La Selva, and the effects of the ENSO combined with a rise in minimum temperatures on Barro Colorado.

It really is Climate Change – the sixth mass extinction

We are living in the sixth mass extinction. This is not hyperbole, here is their conclusion …

Our analyses provide strong support for the hypothesis that climate warming has been a major factor driving reductions in arthropod abundance, and that these declines have in turn precipitated decreases in forest insectivores in a classic bottom-up cascade. This hypothesis also provides a parsimonious explanation for why similar cross-taxa, concordant decreases in reptiles, anurans, and birds have occurred in Costa Rican rainforests, and are likely occurring across a broad range of tropical ecosystems. Overall, there is an urgent need for more widespread monitoring of arthropods and insectivores throughout the tropics. As the sixth mass extinction continues to decimate the world’s biota, these data will be crucial to understanding the impact of climate change on terrestrial food webs, ecosystem dynamics, and biodiversity, and to formulating conservation strategies aimed at mitigating the effects of future climate forcing.

When it comes to climate change – doing nothing is not a viable option due to the dire consequences that are already kicking into gear. This is one more data point on that path.