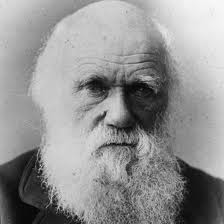 Seriously, he really did, it was not simply some chap with the same name, but the well-known author of “On the Origin of Species” and UK Naturalist, Charles Darwin, a non US citizen. Despite having died over 130 years ago he actually did get 4,000 votes in Athens-Clarke County in a congressional race last week, so apparently being dead is no barrier to being elected in the US. In fact a dead man was elected to the Texas senate last Tuesday. Another dead guy was voted city council president of Rochester, Minnesota, and yet another won a seat on a county commission in Alabama, so it does indeed happen.

He was not even on the ballot, the 4,000 votes came from individuals who had written in, so what was going on here?

It was a protest vote, Time reports …

Thousands of Athens-Clarke residents voted for Darwin as their district’s House representative as a vote of protest against the GOP candidate, Rep. Paul Broun, who was running for reelection unopposed, according to the paper. Broun, who has held the 10th Congressional District seat for five years, stirred up controversy in September when he gave a speech that denounced evolution, embryology and the Big Bang theory. He said evolution and similar scientific theories are “lies straight from the pit of hell.”

“No no”, you mutter, “that can’t be right, he is on the US House Science committee, he did not actually mean that evolution and the big bang and lies from the pit of hell, it must have been something he actually said taken out of context”. Er no, here he is on Camera explaining that the world is only 9,000 years old and that evolution is just a “trick” to fool you into not believing in his god.

As a side note, what the heck is the deal with all the dead wildlife up on the wall behind him? Seriously now, anybody talking in front of a wall of severed animal heads is just damn creepy!

Anyway, he claimed in the above …

You see, there are a lot of scientific data that I’ve found out as a scientist that actually show that this is really a young Earth. I don’t believe that the Earth’s but about 9,000 years old. I believe it was created in six days as we know them.

There is a scientific term for that claim, and that word is “bollocks”, because there is no such “scientific data”, if there was then the scientific consensus would back it up … so yes there is indeed a lie here, but rather sadly it is the one he has embraced and promotes.

So there you go then, just when you thought to yourself, “Nobody could be that stupid”, up pops somebody to prove you quite wrong. Now least you wonder which party this nutter belongs to, let me give you an even so subtle hint, it is not the one that Obama represents (Phew). If you live in the US then you would have instantly known the answer to that without any hints being required, because ever since the GOP have been replacing that last “P” with a “D” they have been attracting folks like Mr Broun.

Was Darwin the only write-in? Actually no, some of those who wrote in did also have other names in mind, including “Big Bird” and “Bill Nye, The Science Guy” as well as less corporeal candidates like “Anyone but Broun” and “Anyone Else.”

Nice to see that there are some sensible folks in the US who feel that electing a complete lunatic to the science committee might not be such a good idea.