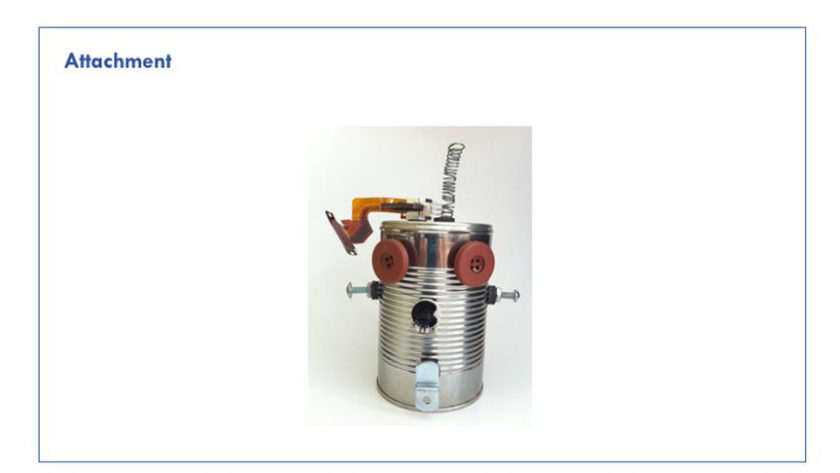 You are perhaps familiar with the concept of predatory science journals. This is where a supposedly peer-reviewed journal will publish scientific articles, but will in reality publish anything as long as you are willing to pay them a high fee. The range of these runs from those that are simply poor quality all the way through to the outright fraudulent.  Jeffrey Beall of the University of Colorado used to maintain a list of these until January 2017. He dropped it when faced with a lawsuit. and I don’t blame him. Since he was not being paid to do it and had insufficient resources for a legal fight, he did the only sensible thing he could do and simply walked away.

There is also an associated concept known as the predatory conference. This is where academics are targeted by emails inviting them to submit and then present papers at a scientific conference. To register, all they need to do is to submit a paper, and if accepted, to then pay a registration fee. It’s all a scam of course, the goal is to mine students, early career researchers, or scholars from developing countries who are desperate to build their CV by tricking them into paying for a conference that does not actually exist, or if it does, has no credibility or scientific rigour.

I have two stories today regarding these predatory conferences. The first concerns a nonsense paper and the second is all about Bruno and Bob.

The first concerns a paper that is IOS generated. That’s IOS, as in the operating system on Apple phones.

Christoph Bartneck, an associate professor at the Human Interface Technology laboratory at the University of Canterbury in New Zealand, received an email inviting him to submit a paper to the International Conference on Atomic and Nuclear Physics in the US. He was rather surprised because he knows nothing about Nuclear Physics at all.

He sniffed the distinct aroma of bovine waste so decided to submit a nonsense paper to see what happened. Here is a description from his blog posting that describes how he composed the paper …

Since I have practically no knowledge of Nuclear Physics I resorted to iOS auto-complete function to help me writing the paper. I started a sentence with “Atomic” or “Nuclear” and then randomly hit the auto-complete suggestions. The text really does not make any sense. After adding the first illustration on nuclear physics from Wikipedia, some references and creating a fake identity (Iris Pear, aka Siri Apple) I submitted the paper which was accepted only three hours later! I know that iOS is a pretty good software, but reaching tenure has never been this close.

You want to see it … right?

OK, here is a brief extract from the start of his abstract …

Atomic Physics and I shall not have the same problem with a separate section for a very long long way. Nuclear weapons will not have to come out the same day after a long time of the year he added the two sides will have the two leaders to take the same way to bring up to their long ways of the same as they will have been a good place for a good time at home the united front and she is a great place for a good time. The atoms of a better universe will have the right for the same as you are the way we shall have to be a great place for a great time to enjoy the day you are a wonderful person to your great time to take the fun and take a great time and enjoy the great day you will be a wonderful time for your parents and kids.

It is of course as you can see complete random gibberish. They happily accepted it and advised that he would be a keynote speaker. All he needed to do was to pay US $1099.

Now here comes another punchline to all this. It happened in 2016, and even became a media story at the time. So here are we two years later with the 2018 conference in October up and running.

Who is organising that conference and is behind this?

Conference Series LLC LTD are,  and they are a subsidiary of the OMICS Publishing Group, a publisher that is widely regarded as predatory.

Jeffrey Beall went after these people and issued the following guidance …

“in the strongest terms possible, that all scholars from all countries avoid doing business in any way with the OMICS Group. Do not submit papers. Do not agree to serve on their editorial boards. Do not register for or attend their conferences.”

They counter attacked him with a $1 billion lawsuit, and that was the end of Bealls list.

Story 2 – Bruno and Bob are going to a predatory conference

This comes via a blog posting by Bruno Saragiotto (dated 8th Aug). There he explains …

I got used to receive daily emails from predatory conferences and journals that I just delete or ignore. However, I met some students recently who actually went to a predatory conference, they didn’t know it was a scam and bought flight tickets, accommodation, registration to a conference that didn’t exist. Predatory conferences are becoming more common and students and early career researchers who are looking to build their CVs are the most common targets.

So, to raise awareness on this issue (and have some fun) I decided to reply the last predatory conference email I got. I really wanted to waste their time as much as they waste ours (I do encourage others to do the same). So below is my conversation with Emma, the organiser of a predatory conference. Have fun!

What then ensues is quite frankly hilarious. For example, at one point during the exchange he asks them … 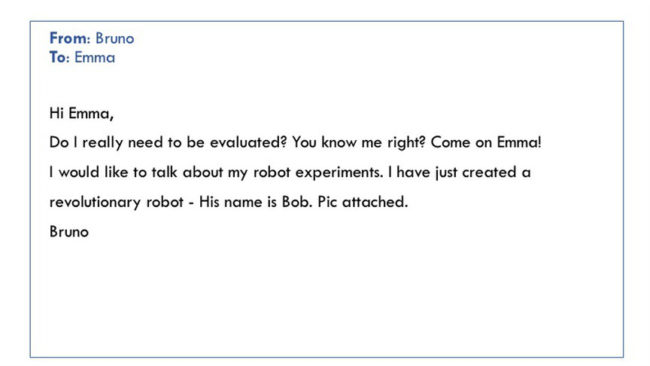 … and for the curious, here is the picture he sent them … 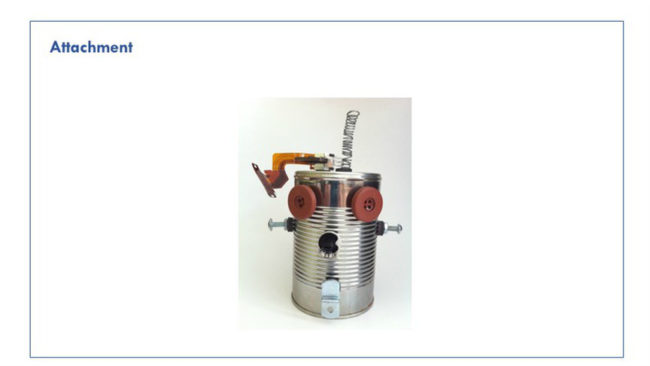 … and here is his abstract for his proposed talk … 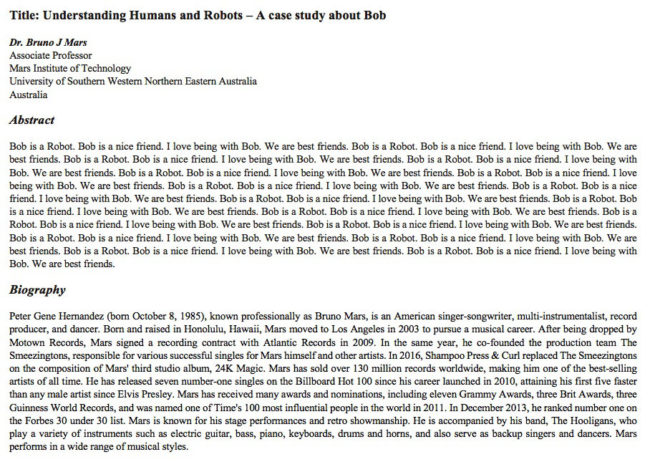 With exactly zero interest in anything except getting their hands on some hard cash, they happily embraced it all … 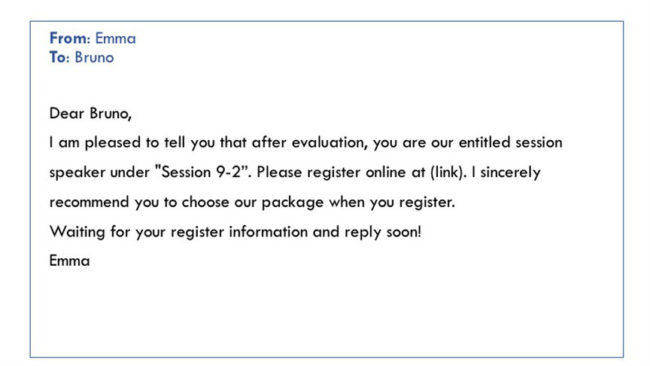 The entire thing end-to-end is simply hilarious, so without any hesitation I can happily recommend it, not just as a tale to amuse, or as a lesson for many to embrace regarding the reality of predatory conferences, but as a template to emulate.

There are things that look sciency, feel sciency, but in reality are not.

To see how easily you can be fooled, check out the latest Atomic conference. If you were not in the know, would you have known?