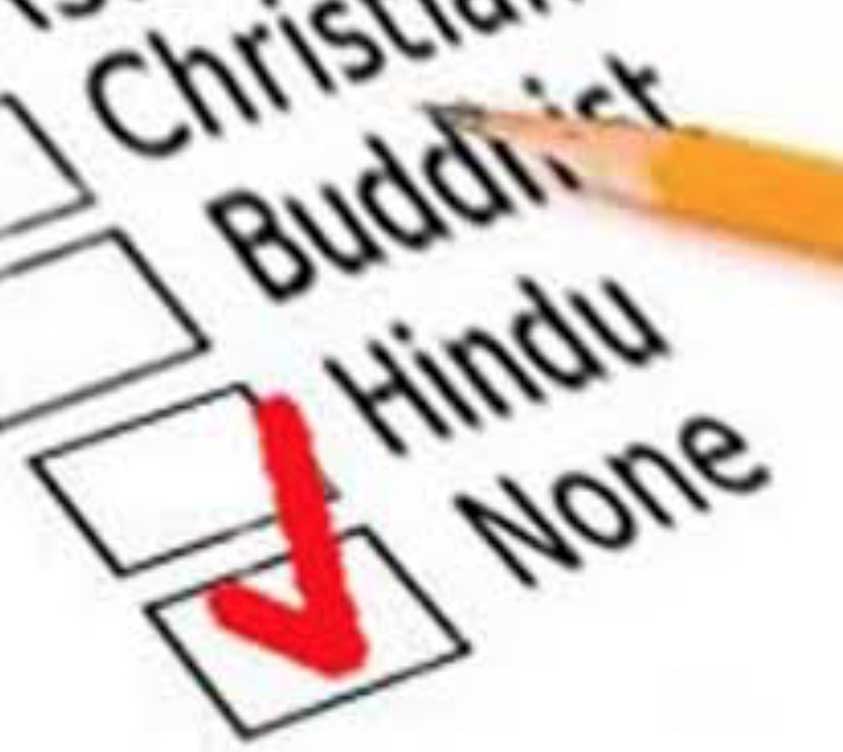 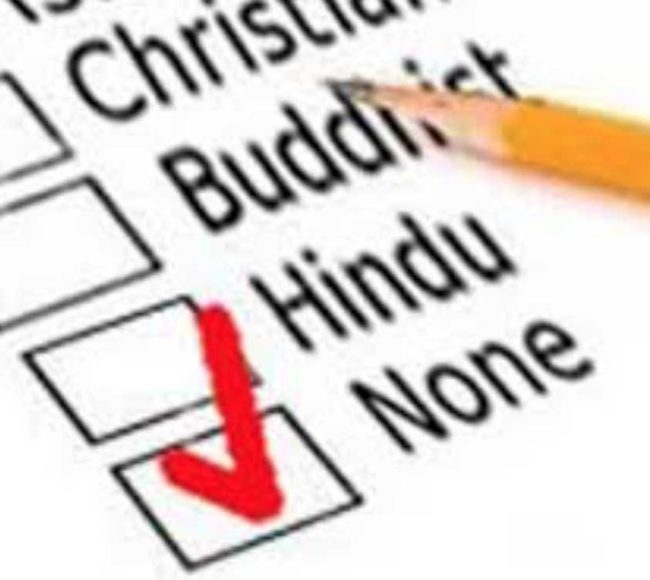 Pew has just published further insights into the rise of the religiously unaffiliated in the US. Moving beyond the data observation that that there is a growing demographic of “nones” (not religious), then picked a randomly selected group of people who had previously identified as a none and asked them why they chose to not affiliate with any religion.

Let’s take a brief look at the responses they gave.

In summary they explained that they do secretly believe and were just angry with God … oh wait, that’s not what they said, that’s generally what those that believe often conclude. So let’s now find out what the data really tells us.

Firstly, they split the non-religious into different categories …Atheist, Agnostic, and Nothing in Particular. These are terms that the individuals themselves self-identified with. What is perhaps interesting is that these are all interchangeable and are not mutually exclusive definitions with well-defined boundaries.

In reality, when people use such terms, then generally what they are expressing is the most dominant aspect that they feel comfortable using. A self-identified atheist would perhaps be somebody who has dismissed the various religious claims as myths. An Agnostic is giving more emphases to the idea that often such claims are things that can’t be falsified and so are things nobody can ever know.

Why are you unaffiliated?

Participants were presented with a list of six options and asked to tick a box against each that had a scale that ran from “Very important” through to “Not important at all”. The following chart is how the answers collate … 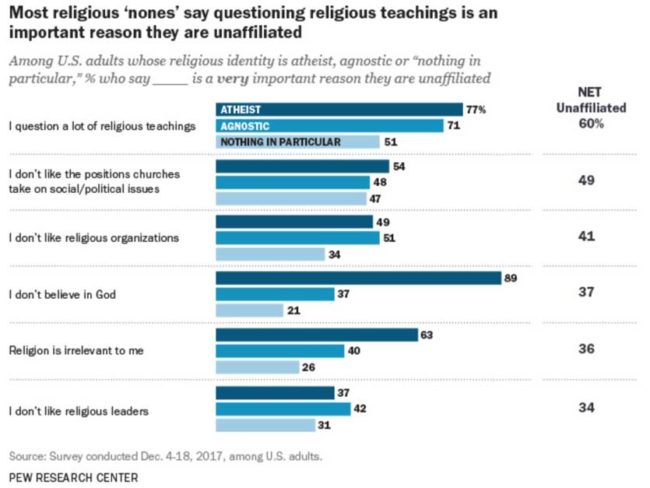 There is a spike there in the middle for one group. Clearly for atheists the reason for not associating with a religion is that they don’t believe in a God … well Duh.

Overall though, the most popular answer given was “I question a lot of religious teaching“. Well yes, when faced with various claims such as the idea that we are all descended from a couple that were tricked by a talking snake into eating some fruit, or that a 600 year old guy built a boat and saved every variation of life on the planet today, then it is perhaps a wholly understandable answer.

The second most popular selection overall is that they do not like the positions taken by churches on social and political issues. When faced with many believers asserting that evidence based science is wrong, or that basic human rights can be trumped by “faith”, well that is all just too much for many to absorb uncritically.

What is perhaps interesting is how the different categories gave different emphases to their reasons for being unaffiliated. That is also perhaps understandable. The term Atheist is perhaps perceived to be a total rejection, and the term Agnostic is often viewed as fence sitting, hence the reasons used to justify that will naturally vary for people who self-identify using such terms. As for “Nothing in Particular”, that’s a category then might hold variations of belief that simply refuses to conform. As we shall see below, unlike the other categories almost 28% of them said that none of these are important reasons for their stance.

What is the single Most important reason for being unaffiliated?

Each of the participants were also asked to identify the single most important reason, and this is how that pans out overall … 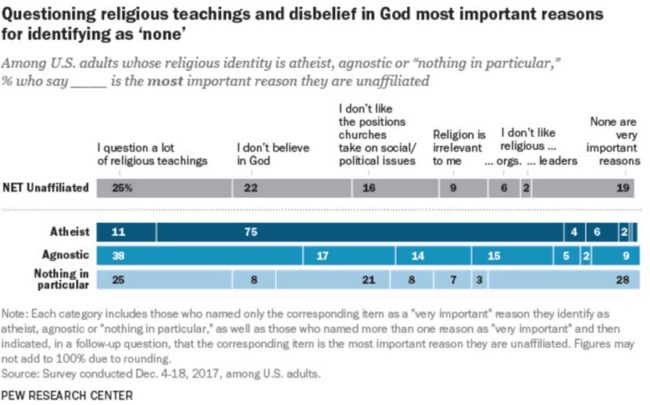 Again, the most popular overall answer that bubbles to the surface relates to the questioning of religious teaching.

There is no huge surprise here … except perhaps for those that think that they all do secretly believe because the bible says so in the book of Romans.

Generally we inherit our specific beliefs. We are born into them and assume the identify without giving it too much thought. It is accepted because everybody around us accepts it and so we simply fit in and conform. If however we do give it some thought, then we might indeed put it to one side because we simply do not find the claims to be credible. The embrace of the religious right since the 70s by the GOP has perhaps tossed it all in our faces. This has nudged many to pause and think about what they are aligning themselves with. Many have been motivated to either become a none or a progressive believer.

As I alluded to at the beginning and again just above, it is a popular belief in some religious circles that those that reject belief do so because of “sin” (we are back to the talking snake), or that something bad has happened and that the individuals concerned are simply angry at God and really do believe. While that might be believed by some, that is not what the nones are saying at all.

Given the lack of any evidence at all then this is wholly understandable.

Meanwhile over on the Friendly Atheist blog, Hemant concludes his analysis of the results of the survey as follows …

…Most of the people who aren’t part of a religious group are more influenced by the failures of the religious than atheists’ arguments against God’s existence. Atheists didn’t win these people over to our side. Religious people pushed them in our direction. They’re fed up with church but they’re not quite convinced that God doesn’t exist….

… As much as I’d love to give more credit to all the anti-religious books, blogs, podcasts, videos, and speakers who have made compelling arguments against God’s existence, we owe a debt of gratitude to the scandal-plagued, anti-women, anti-science, anti-LGBTQ, theocratic, preachers of irrationality who make people question why they would ever want to be a member of that club.

Why America’s ‘nones’ don’t identify with a religion https://t.co/CCMqqUsSx7 pic.twitter.com/sMITHi5BLf

Many such people are part of the #Exvangelical community. We grew up in the most right-wing, now Trumpist demographic in America. Some of us are progressive Christians now; some are nones. America needs our stories and insights to fight the Christian Right.#EmptyThePews #Resist https://t.co/nu4mJuLuhN

The 'nones' speak up: Disliking the positions that churches take on social and political issues was the #2 reason why they're religiously unaffiliated. https://t.co/Xz5GZJPkwx pic.twitter.com/He8pt96ZTu

Here’s an idea:
Talk to #exvangelicals about why so many are ditching churches. They aren’t just leaving religion. It’s the churches that people are leaving.

Ask us why. We have so many stories to tell. #EmptyThePews

Oh look, an evangelical leader… If you read this and you’re still left wondering why so many of us are #Exvangelicals, there’s no need for a conversation anymore. https://t.co/kh9srzdCz1