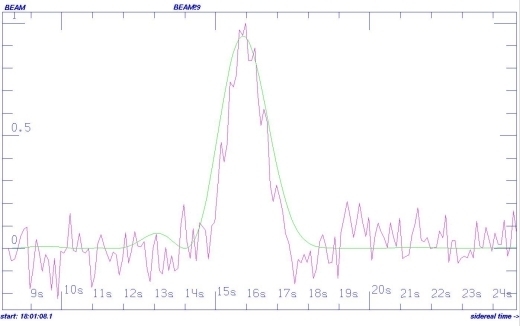 You might have become rather excited if you spotted the news about the detection of an apparently artificial signal coming from a distant star, for example The Observer published this on 29th Aug …

Not a Drill: SETI Is Investigating a Possible Extraterrestrial Signal From Deep Space

If the signal is truly from an alien world, it’s one far more advanced than ours

An international team of scientists from the Search for Extraterrestrial Intelligence (SETI) is investigating mysterious signal spikes emitting from a 6.3-billion-year-old star in the constellation Hercules—95 light years away from Earth. The implications are extraordinary and point to the possibility of a civilization far more advanced than our own.

Astronomers engaged in the search for extraterrestrial intelligence (SETI) are training their instruments on a star around 94 light years from Earth after a very strong signal was detected by a Russian telescope.

An international team of researchers is now examining the radio signal and its star, HD 164595 — described in a paper by Italian astronomer Claudio Maccone and others as a “strong candidate for SETI” — in the hopes of determining its origin.

Basically, as illustrated above, a 2 second burst at the wavelength of 2.7 cm (11 GHz). It appeared to be very strong and coming from the direction of a star roughly about 95 light years away (HD 164595). The picture above is a graph of the raw data.

What is the source of all these Media stories?

Paul Glister, who blogs about peer-reviewed research on deep space exploration, appears to have been the first to highlight it all on 27th Aug and from there it went viral.

An international team of researchers has announced the detection of “a strong signal in the direction of HD164595” in a document now being circulated through contact person Alexander Panov.

… No one is claiming that this is the work of an extraterrestrial civilization, but it is certainly worth further study.

So is it Aliens?

It turns out that the answer we now have is “not aliens’.

The radio signal at the RATAN-600 radio astronomy observatory in southern Russia was in fact detected last year, and so this all suddenly popped into the media-sphere when an Italian astronomer wrote about it in a paper and that in turn caught Mr Glisters eye. Due the sudden intense media focus, the Special Astrophysical Observatory of the Russian Academy of Sciences has now issued a statement in which they explain that …

Subsequent processing and analysis of the signal revealed its most probable terrestrial origin.

In other words, when pointing your radio astronomy telescope at the sky (in this case in the direction of HD 164595), and detecting a one time only two-second strong signal that had never been seen before and has never been seen since, was far more probably a military satellite passing overhead.

Is that truly a viable answer?

Well yes, the blip of energy was at a wavelength of 2.7 cm (11 GHz), and that frequency is near those used by the military, so the conclusion that it was a military satellite, or a signal from one bouncing off a bit of space junk, is the far more mundane explanation.

That also explains why the signal from so far away was very very strong … it was not from 95 light years away and instead was local.

I can’t help be speculate that many believers will latch on to that word “probable” and run with the idea of “Ah ha, so it still just might have been Aliens”.

1 thought on “Sadly that signal was not ‘Aliens’”