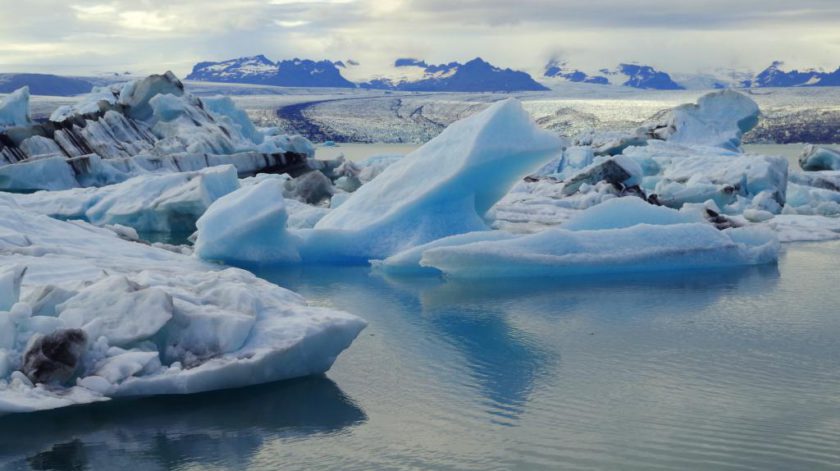 If the world was not warming then an Arctic update for the month of April 2019 should be utterly boring. It should consist of observations that are more or less exactly the same as all previous years, but perhaps might be spiced up with a little bit of variation between successive years that all flattens out to absolutely nothing of any significance. In a warming world where climate change is happening, then it’s an entirely different story.

Let’s take a brief tour of the latest update that has been published by the National Snow and Ice data Center (NSIDC) that was published on 2nd May. It contains observations made via satellite for the month of April.

April reached a new record Arctic low sea ice extent. Sea ice loss was rapid in the beginning of the month because of declines in the Sea of Okhotsk. The rate of ice loss slowed after early April, due in part to gains in extent in the Bering and Barents Seas. However, daily ice extent remained at record low levels throughout the month.

Here is a graph that illustrates the unfolding saga …

Sea Ice is seasonal. As the summer melt season kicks in the ice melts and then with the onset of winter, it once again expands. With each of these seasonal pulses there is old ice that survives for 2,3, 4 or even more years.

Younger sea ice tends to be thinner than older ice. Therefore, sea ice age provides an early assessment of the areas most susceptible to melting out during the coming summer. Beyond the measurements for sea ice extend there is also data on how old the ice is, and that also reveals the story of a warming climate – the Arctic sea ice cover continues to become younger.

Here is their illustration of this …

As you can see from the above graph, nearly all of the oldest ice (4+ year old), which once made up around 30 percent of the sea ice within the Arctic Ocean, is gone. As of mid-April 2019, the 4+ year-old ice made up only 1.2 percent of the ice cover. However, 3 to 4-year-old ice increased slightly, jumping from 1.1 percent in 2018 to 6.1 percent this year. If that ice survives the summer melt season, it will somewhat replenish the 4+ year old category going into the 2019 to 2020 winter. However, there has been little such replenishment in recent years.