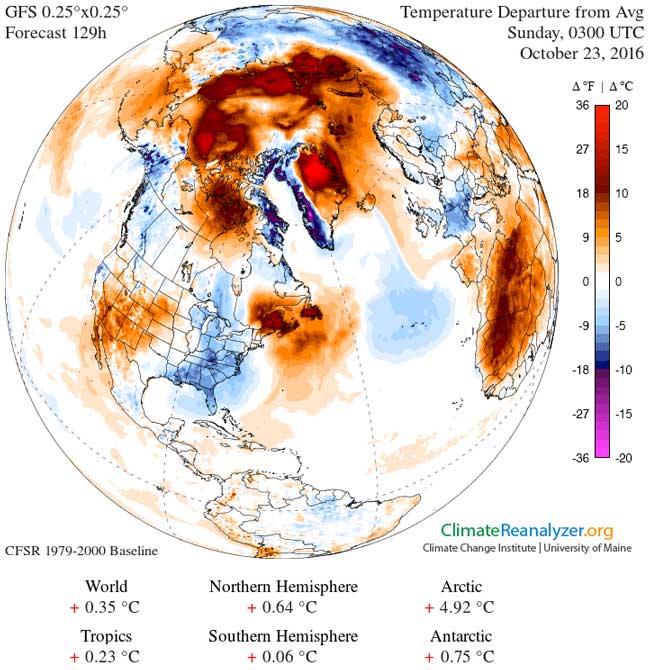 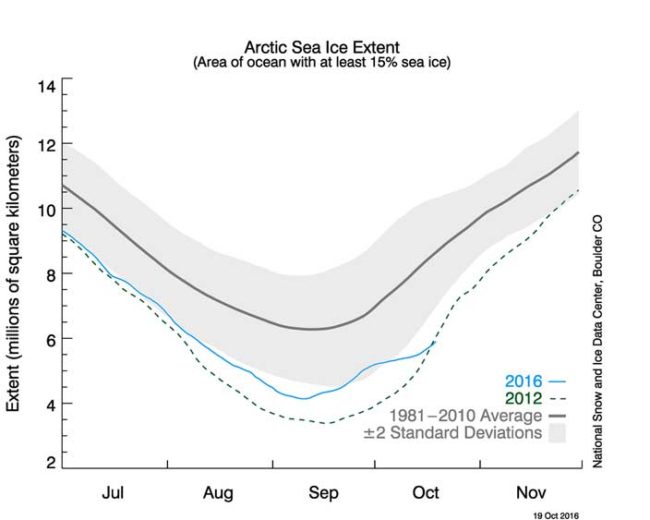 The formation of Arctic Sea ice has started to deviate from its normal seasonal pattern. About this time of year the sea ice should be rather obviously rapidly building up towards the seasonal winter maximum, and that was indeed happening as expected during the latter half of September. However, the past two weeks have seen that normal accumulation of sea ice start to flatten out.

We have now crossed the record breaking 2012 lows (green line above), and so you can see that this year 2016 (the blue line) right now the quantity of measured sea ice in the Arctic has never been this low at this time of year.

The problem is that the average temperature for the entire Arctic region has been roughly 3 to 5 degrees celsius above normal in both September and now also October and that is inevitably having a measurable on-going impact.

So will it continue like this over the next few weeks?

Probably, because here is the forecast for the next 7 days in the arctic. 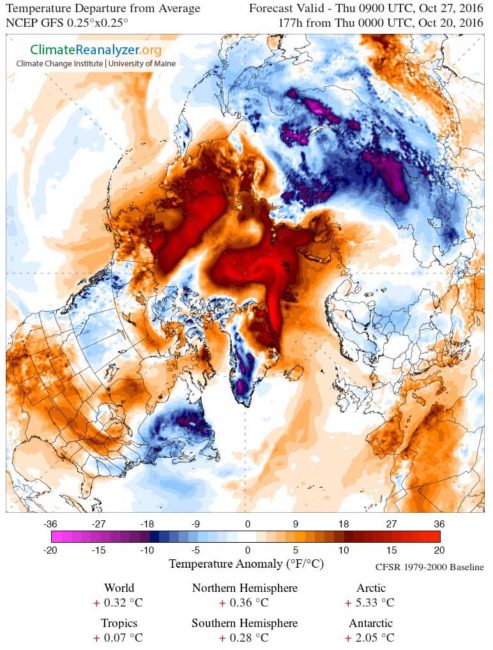 The long term trend is rather obviously downwards, and if we look at the monthly September ice extent for 1979 to 2016 then it clearly shows a decline of 13.3% per decade. 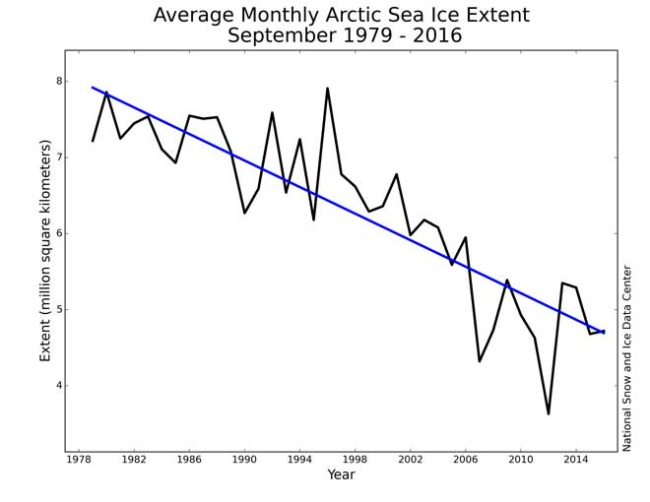 This however is not a trend that can continue in a predictable manner, it will inevitably approach a tipping point where amplification will kick in. White ice reflects sunlight off the planet and back out into space. A lack of ice will result in the energy being trapped and instead will warm the dark arctic ocean because it will instead be absorbed and not reflected. That in turn leads to less ice, which in turn leads to … well you get the idea. It is actually a tad more complex, for example less ice cover in the winter also has an effect. That then permits the heat trapped in the ocean to radiate back out and warm the region during the winter. It is all basically a feedback loop.

Last December 2015 in the Arctic was quite frankly bizarre. Temperatures at the North Pole rose above freezing, and that was not just a rise of a few degrees, it was 20 degrees Celsius above the mid-winter norm. Nobody had ever recorded anything like that before. That was perhaps in itself an extraordinary event that was triggered by a very deep low pressure that drove  hot air that far north, and yet it is part of an overall trend of a warming Arctic.

It is all one more observation in what is turning into one of the most extraordinary years ever observed.

Doing nothing about climate change truly is not an option.