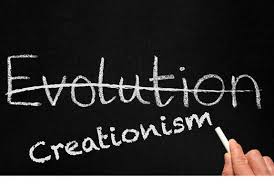 I’m sure you are familiar with “Cosmos”, but just in case you don’t know, it’s a fantastic TV show that covers over the weeks a wide range of scientific subjects, including the origin of life and a perspective of our place in the universe. The original series was done back in the 1980’s by Carl Sagan, and now we have a reboot … ah but of course you know all this, because like me you love science.

Last week we had the episode on Evolution, and so in response, we now have Answers In Genesis and the Creation Museum demanding airtime for “Creationism”.

Danny Faulkner who represents Answers In Genesis and the Creation Museum was interviewed on The Janet Mefferd Show and proceeded to criticize Cosmos for not providing airtime for Creationism. When Mefferd asked if Cosmos will “ever give a Creationist any time,” Faulkner responded by lamenting that “Creationists aren’t even on the radar screen for them, they wouldn’t even consider us plausible at all.” (Gosh, I wonder why?).

Alas, Mefferd herself appears to also be a bit of a kook, she agreed that Cosmos isn’t being very fair and balanced:

“Boy, but when you have so many scientists who simply do not accept Darwinian evolution it seems to me that that might be something to throw in there, you know, the old, ‘some scientists say this, others disagree and think this,’ but that’s not even allowed.”

“Consideration of special Creation is definitely not open for discussion it would seem,” Faulkner added.

Hey, you know what, there is rather a long list of things not “open for discussion” on a science show such as Cosmos, for example, “Fairies”, “Jinn”, “Giants”, “leprechauns”, “Flat earth”, “Zeus”, “Astrology”, and of course “Creation Myths”.

She claims … “when you have so many scientists who simply do not accept Darwinian evolution” … well, she might indeed think that, but the reality is that of the more than one million life-science scientists out there, roughly about 0000.01% at best think that “God did it by magic” is the best answer, and only do so for religious reasons, not because there is any actual evidence.

OK, so lets get even more specific: Science is evidence-based and creationism is simply a religious belief that has exactly zero evidence … period.

Or to put that another way …

And yes, I am aware that the discovery institute claims to have a long list, but I’ve analysed every single one of those papers and not one of them offers anything of any real substance.

OK, so if we are to try and take this idea of “balance” seriously for a moment, then were exactly does it lead us?

You are with me on this proposed “balance” … right?

No … and that also is the reason why Cosmos, a science show, does not cover religious beliefs, but rather just the evidence-based science.