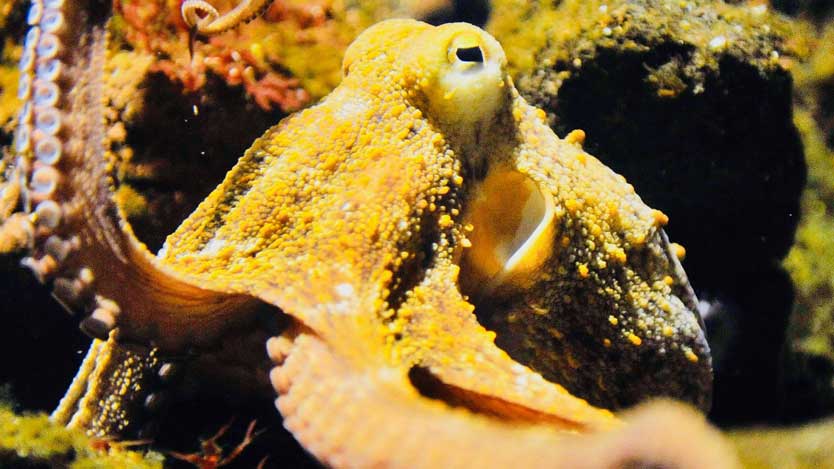 A new paper has been published within Progress in Biophysics and Molecular Biology that is titled “Cause of Cambrian Explosion – Terrestrial or Cosmic?“. The paper proposes, using several lines of “evidence”, that life did not originate on earth, but instead that …

life may have been seeded here on Earth by life-bearing comets as soon as conditions on Earth allowed it to flourish (about or just before 4.1 Billion years ago); and living organisms such as space-resistant and space-hardy bacteria, viruses, more complex eukaryotic cells, fertilised ova and seeds have been continuously delivered ever since to Earth

What are your thoughts on this, do you think this is credible?

If I explain that it has been authored by 33 scientists who work for respected institutions around the world, then would that enable you to accept it?

To save you a bit of trouble, the TL;DR; version of this is “No, it’s nonsense”.

The code word used to describe this paper is “controversial”. In other words, most who read it find that it is not convincing.

They don’t have any, it’s just a hypothesis.

We have an almost countless number of samples of rocks that have rained down upon the planet to examine. The exact count of the number of times that we have found samples of “organisms such as space-resistant and space-hardy bacteria, viruses, more complex eukaryotic cells, fertilised ova and seeds” within these is exactly zero.

Should the paper have been published?

Of course. It is part of a conversation and so it is wholly appropriate to understand why some seriously consider the idea. We have no idea how life emerged and so if we are going to push our understanding forward then every hypothesis should be examined.

It is one of the examples discussed by the paper itself, hence that is why the media stories latched on to it. Here is what the paper says …

Evidence of the role of extraterrestrial viruses in affecting terrestrial evolution has recently been plausibly implied in the gene and transcriptome sequencing of Cephalopods. The genome of the Octopus shows a staggering level of complexity with 33,000 protein-coding genes more than is present in Homo sapiens

… Its large brain and sophisticated nervous system, camera-like eyes, flexible bodies, instantaneous camouflage via the ability to switch colour and shape are just a few of the striking features that appear suddenly on the evolutionary scene …

… are not easily to be found in any pre-existing life form – it is plausible then to suggest they seem to be borrowed from a far distant “future” in terms of terrestrial evolution, or more realistically from the cosmos at large.

Let me translate: Gosh Octopus DNA is really complex. I have no idea how they could have possibly emerged naturally, therefore it could have been time travellers or alien seeds.

Is the DNA of Octopuses really deeply mysterious?

Here for example is a paper from Nature in 2015 that lays out a far more reasonable explanation and does not make a time-travel or alien leap of faith.

The conclusion within the paper reads as follows …

In our considered view Mankind is now entering a historic paradigm shifting moment in both our understanding of the evolution of life on Earth and the origins of the many pandemics that have exacted huge tolls on mankind in the recent past. Indeed all of us have contributed directly as co-authors of this paper because, in our considered opinion in confronting the wide range of scientific data, all the scientific and societal evidence seemingly points in one direction, an all-pervasive Cosmic Biology, mediated mainly by cometary transfers, being a driver for life on Earth. We believe the signs of this change are now so apparent that one of the biggest back-flips in the history of science is now on our door step

The ever so tiny flaw here is that having published, the vast majority of subject matter experts are simply not convinced. It’s a rather extraordinary claim and so the corresponding degree of robust solid compelling evidence needed is simply not contained within this paper.

This is basically a Panspermia paper

The idea is not new, but instead dates back to 5th century Greece. You can read up on it in great detail on the Wikipedia page that covers the topic.

He also goes on to point out that none of the authors are Zoologists. In fact he blogs about it in great detail at this link, and explains …

This paper is firmly pseudoscience and nonsense. I’m not 100% convinced it isn’t a hoax, it’s that deliberately bad. When it comes to cephalopods, at best it’s the flimsiest of hypotheses propped up by a misreading of a handful of references with little in the way of justification for why these hypotheses are important.

Least you wonder, yes, he really does justify that position.

He is not a lone critic, many others are popping up. As reported by Quartz …

Virologist Karin Moelling of the Max Planck Institute Molecular Genetics in Berlin isn’t convinced, although she says that the paper is worth contemplating because there’s still so much we don’t know about the origins of life on Earth. She writes in in a commentary (paywall) in the same publication, “So this article is useful, calling for attention, and it is worth thinking about, yet the main statement about viruses, microbes and even animals coming to us from space, cannot be taken seriously.”

Evolutionary scientist Keith Baverstock from the University of Eastern Finland, in his commentary on the paper (paywall), is equally wary. The proposed theories “would support an extra-terrestrial origin of life,” he writes. Still, they don’t necessarily lead to that conclusion; there are other plausible explanations for the evidence the paper offers.

Octopus origins are explained by time travellers or alien sperm …. er no, seriously, just no.