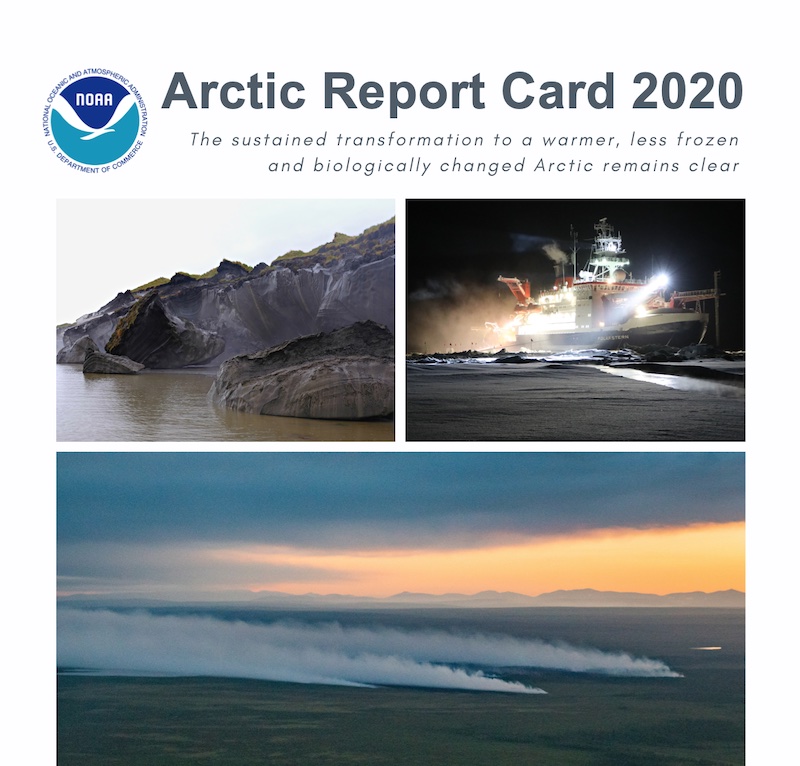 For those wondering what the Arctic Report Card is, permit me to explain. This NOAA Report Card is an annual volume of original, peer-reviewed environmental observations and analysis of a region undergoing rapid and dramatic change.

This latest update for 2020 was prepared by an international team of 134 researchers from 15 different countries and published on Dec 8.

Oh come now, you know the story that is unfolding.

The full report is organised into three sections:

“The story is clear, the Arctic is warmer, less frozen, and transforming biologically …“

The full report, the entire PDF, can be found here. Be aware, this is not a small document.

A far more accessible format is via the online Home page … here.

You can actually get all the datasets … via here.

“For 15 years, the Arctic Report Card has helped NOAA fulfill its mission of providing the scientific information our nation needs to better understand how climate change is affecting the Arctic and weather around the globe, Our ability to meet the challenges and opportunities of an Arctic region in transition depends on how well we can observe and predict the pace and scale of these changes.”

“Taken as a whole, the story is unambiguous, The transformation of the Arctic to a warmer, less frozen and biologically changed region is well underway.”

Rick Thoman, Alaska Climate Specialist with the International Arctic Research Center, and one of three editors of this year’s report card.