The Nobel prize 2010 announcements are now trickling out , so far we have … 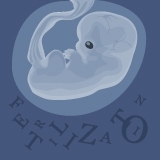 Medicine: 4th Oct – The Nobel Prize in Physiology or Medicine 2010 was awarded to Robert G. Edwards “for the development of in vitro fertilization”. … details here

Robert Edwards is awarded the 2010 Nobel Prize for the development of human in vitro fertilization (IVF) therapy. His achievements have made it possible to treat infertility, a medical condition afflicting a large proportion of humanity including more than 10% of all couples worldwide.

As early as the 1950s, Edwards had the vision that IVF could be useful as a treatment for infertility. He worked systematically to realize his goal, discovered important principles for human fertilization, and succeeded in accomplishing fertilization of human egg cells in test tubes (or more precisely, cell culture dishes). His efforts were finally crowned by success on 25 July, 1978, when the world’s first “test tube baby” was born. During the following years, Edwards and his co-workers refined IVF technology and shared it with colleagues around the world.

Approximately four million individuals have so far been born following IVF. Many of them are now adult and some have already become parents. A new field of medicine has emerged, with Robert Edwards leading the process all the way from the fundamental discoveries to the current, successful IVF therapy. His contributions represent a milestone in the development of modern medicine.

Why the award: It has changed the lives of millions of people for the better. 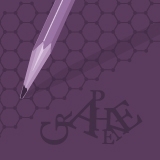 A thin flake of ordinary carbon, just one atom thick, lies behind this year’s Nobel Prize in Physics. Andre Geim and Konstantin Novoselov have shown that carbon in such a flat form has exceptional properties that originate from the remarkable world of quantum physics.

Graphene is a form of carbon. As a material it is completely new – not only the thinnest ever but also the strongest. As a conductor of electricity it performs as well as copper. As a conductor of heat it outperforms all other known materials. It is almost completely transparent, yet so dense that not even helium, the smallest gas atom, can pass through it. Carbon, the basis of all known life on earth, has surprised us once again.

Geim and Novoselov extracted the graphene from a piece of graphite such as is found in ordinary pencils. Using regular adhesive tape they managed to obtain a flake of carbon with a thickness of just one atom. This at a time when many believed it was impossible for such thin crystalline materials to be stable.

However, with graphene, physicists can now study a new class of two-dimensional materials with unique properties. Graphene makes experiments possible that give new twists to the phenomena in quantum physics. Also a vast variety of practical applications now appear possible including the creation of new materials and the manufacture of innovative electronics. Graphene transistors are predicted to be substantially faster than today’s silicon transistors and result in more efficient computers.

Why the Award: At first this is not clear, for many this discovery might fall into the “so what” category. However, this discovery is quite special. Graphene may be one of the most promising and versatile materials ever discovered. It could hold the key to everything from supersmall computers to high-capacity batteries. For details, read the Wired article here. 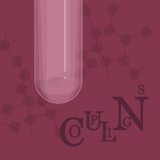 This year’s Nobel Prize in Chemistry is awarded to Richard F. Heck, Ei-ichi Negishi and Akira Suzuki for the development of palladium-catalyzed cross coupling. This chemical tool has vastly improved the possibilities for chemists to create sophisticated chemicals, for example carbon-based molecules as complex as those created by nature itself.

Carbon-based (organic) chemistry is the basis of life and is responsible for numerous fascinating natural phenomena: colour in flowers, snake poison and bacteria killing substances such as penicillin. Organic chemistry has allowed man to build on nature’s chemistry; making use of carbon’s ability to provide a stable skeleton for functional molecules. This has given mankind new medicines and revolutionary materials such as plastics.

In order to create these complex chemicals, chemists need to be able to join carbon atoms together. However, carbon is stable and carbon atoms do not easily react with one another. The first methods used by chemists to bind carbon atoms together were therefore based upon various techniques for rendering carbon more reactive. Such methods worked when creating simple molecules, but when synthesizing more complex molecules chemists ended up with too many unwanted by-products in their test tubes.

Palladium-catalyzed cross coupling solved that problem and provided chemists with a more precise and efficient tool to work with. In the Heck reaction, Negishi reaction and Suzuki reaction, carbon atoms meet on a palladium atom, whereupon their proximity to one another kick-starts the chemical reaction.

Palladium-catalyzed cross coupling is used in research worldwide, as well as in the commercial production of for example pharmaceuticals and molecules used in the electronics industry.

Congratulations have been pouring in from fellow scientists and many other well-wishers, with one exception. Apparently the Vatican has launched an attack upon the Nobel committee for selecting the developer of IVF for the Medicine prize. But then the fact that the Catholic Church truly believes that wafers magically turn into the flesh of a God, and also thought it was a good idea to bugger small children placed into their care only demonstrates that their grasp of both reality and morality is rather open to considerable question, so they can be quite happily ignored.

I now offer without reservation my heartfelt congratulations to Robert Edwards for the Medicine prize, to Andre Geim and Konstantin Novoselov for the Physics prize, and Richard F. Heck, Ei-ichi Negishi and Akira Suzuki for the Chemistry prize. They truly are individuals who fully deserve recognition for the new knowledge they have brought that will change all our lives.