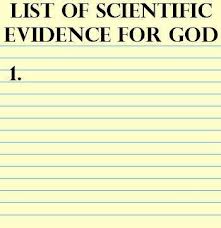 Well-known Christian Apologist, William Lane Craig, has written an article in which he lays out five items that he claims to be “evidence” that there is a God. The site in which he promotes all this from is …. (insert drum roll) … Fox News.

Well yes, I guess my first thought is to wonder why he uses a platform that has no credibility for the presentation of factual information to promote a claim that he would assert is factual. Anyway, that aside, let’s take a look and see what is on offer …

Item 1 God must have made the universe

In essence .. his argument distills down to this … “I have no clue how the universe could have happened naturally, therefore my specific god concept must have done it” What he presents is a very brief summary of the infamous and oft debunked Kalām cosmological argument, which has some rather glaring flaws, and if he wishes to assert this claim, then he really should also address the flaws as well.

Alas, once again, an appeal to ignorance that distills down to “I have no idea why the universe is the way it is, therefore my specific god concept must have done it“. This is not “evidence”. I must confess that I rather like the bit of satire written by Douglas Adams that mocks this ridiculous idea, an illustrates just how daft it is.

“This is rather as if you imagine a puddle waking up one morning and thinking, ‘This is an interesting world I find myself in — an interesting hole I find myself in — fits me rather neatly, doesn’t it? In fact it fits me staggeringly well, must have been made to have me in it!’ This is such a powerful idea that as the sun rises in the sky and the air heats up and as, gradually, the puddle gets smaller and smaller, frantically hanging on to the notion that everything’s going to be alright, because this world was meant to have him in it, was built to have him in it; so the moment he disappears catches him rather by surprise. I think this may be something we need to be on the watch out for.” Douglas Adams, The Salmon of Doubt

Yes, you can indeed strike item 2 off the list now. Gosh, he is not doing very well so far, perhaps it will get better.

Item 3 We have Morality, therefore God

Oh for fracks sake, it is the same argument once again, it has simply been dressed up to look different, because once again this distills down to “I have no idea why morality exists, therefore my specific god concept must have done it“.

He also goes on to argue that his god “serves as the paradigm of goodness, and His commandments constitute our moral duties.“.

Er .. would that be the same god that not only endorsed slavery and gave specific instructions on how you could beat your slaves, but also ordered the slaughter of people on a (if you will forgive the term) biblical scale? If we can work out that the commands of this god are not ethical, then clearly the claim that this god created such morality is not factual.

He claims that the miracles of Jesus are historical facts … and yet that is not a factual statement. He claims that historians believe this, but that is also not a factual statement. He also claims that “historical scholars” all agree that the tomb of jesus was empty, and yet that claim is not factual.  Outside of the bible, there is no historical evidence that Jesus actually existed at all. In fact, what is rather odd about it all is that given the claimed miracles, no contemporary writer appears to have noticed that anything happened.

Yes yes, I’m well aware of the Josephus quote … in a book written in AD 93. To get that, all he needed to do was read Mark’s gospel which was written in AD 65, and that was all long after the events in question.

I can well imagine the ideas of a jewish messiah claimant going viral; in fact when it comes to somebody wandering around claiming to be the son of god and coming from Galilee and being killed by the Romans during that era, I can think of several such as Judas of Galilee, it was not uncommon.

So no, you do not need a god to explain religious myths … and yes, you can indeed strike item 4 off the list now, which leaves just 1.

Item 5 You can get to know god personally

Well … yes … you can indeed successfully induce a subjective religious experience in almost any human and that includes Atheists, but that fact only tells us that we can be fooled and also that psychological manipulation can be leveraged to do so. None of this tells us anything at all about the things that are objectively true.

And so that is it then, the emperor is indeed butt naked and has no clothes at all.

I have no doubt that WLC “believes”, his article is sufficient evidence to establish that as factual, but when it comes to some truly objective “evidence” that a supernatural god actually exists, nope, he has nothing to offer. So what gives … is god playing hide and seek perhaps?