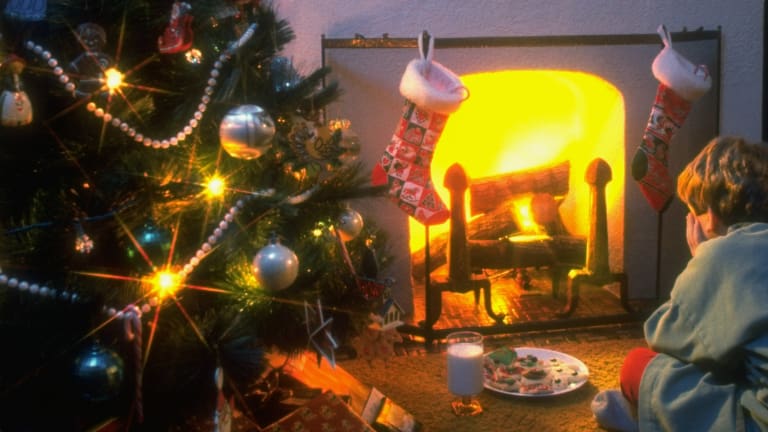 Google the word “Christmas” and you will find the Wikipedia page that explains what appears to be obvious … Christmas “is an annual festival, commemorating the birth of Jesus Christ“. The ever so small flaw here is that this is not really true, and so I’ll now explore some of the reasons to explain why it is far more complex and not that simple.

There is a very ancient tradition of families getting together, exchanging gifts, having a feast, and of course attending a religious ceremony. Interestingly enough, I’m not referring to anything Christian within that description, but instead the pre-Christian Roman tradition called Saturnalia. This in turn has its roots amongst the pre-Roman inhabitants of Italy.

We should also perhaps not forget that the later Roman Empire embraced Dies Natalis Solis Invicti, the “Birthday of the Unconquerable Sun“, on Dec 23rd.

What we actually have is the result of the rise of Christianity as the official state religion within the Roman empire. It quite naturally led to existing festivals being rebadged and declared to be Christian. By doing so a lot of the traditional non-christian baggage was carried over.

Side Note: If you happen to be Eastern Orthodox, then the date for Christmas is January 7th. It is actually the same day – the difference is down to the difference between the older Julian calendar and the Gregorian calendar that we now use.

In primitive Christianity the date for the birth of Jesus was all over the place, nobody really knew with any certainty, hence it made sense to opt for the date of the winter solstice on the Roman calendar and also because it was about nine months after easter. Some liked the idea of Jesus being conceived and also dying on the same day. It was also not a huge leap to associate the birth of “Light of the World” with the shortest day.

This is not a modern theory, we have highly influential early Christian writers explicitly telling us this …

“Hence it is that He was born on the day which is the shortest in our earthly reckoning and from which subsequent days begin to increase in length. He, therefore, who bent low and lifted us up chose the shortest day, yet the one whence light begins to increase”

Moving on from thinking about dates, lets briefly mull over some of the traditions. There is a great deal that has absolutely nothing to do with Christianity, hence the claim that Christmas is an exclusively Christian festival simply holds no water when faced with these.

Decorating a tree is very much a North European tradition. As we now practise it, it has its origins in 16th century Germany.

Tree worship was common among the pre-Christian Europeans and so it has survived their conversion to Christianity. Rather ironically, the bible contains explicit instructions against this practise …

“Hear the word which the LORD speaks to you, O house of Israel. Thus says the LORD: Do not learn the way of the Gentiles; do not be dismayed at the signs of heaven, for the Gentiles are dismayed at them. For the customs of the peoples are futile; for one cuts a tree from the forest, the work of the hands of the workman, with the ax. They decorate it with silver and gold; they fasten it with nails and hammers so that it will not topple.

Dig into it a bit more and you will find many Christians performing theological contortions to try and brush over this explicit and rather embarrassing instruction to not do something that everybody does.

Indeed yes, spinning a yarn about a guy coming to give you gifts is perhaps in many ways very symbolic of Christianity. Those telling the tale are lying because none of it is actually true.

Well yes, its a bit of fun and also in many respects beneficial because the experience enables the development of an appropriately healthy degree of skepticism. It is however something that has absolutely nothing to do with Christianity.

The above are two of the most obvious examples. We can keep going like this, none of the following are “Christian” – Yule log, giving and receiving of presents, etc…

What exactly is the Christmas Story?

If you do indeed believe in the Christmas story concerning the birth of Jesus, then what exactly is it that you believe?

In the bible there are two distinctly different conflicting stories concerning the Birth of Jesus. One is in Matthew and the other is in Luke. Beyond these two stories there is nothing else and there are no contemporary external references.

In Matthew we have a story about Mary and Joseph living in Bethlehem in their own house.

Meanwhile over in Luke we find an entirely different story. Here we find a claim that Mary and Joseph live in Nazareth and needed to travel to  Bethlehem for a census. That is of course quite clearly nonsense and is totally contrived to get it all to fit. The Roman Tax system was based on  property and ownership of land, there was never any such census based upon ancestry, Roman taxation simply did not operate like that.

Instead, we discover that Joseph and Mary travel on to Jerusalem right after the birth. Luke’s theme is different, he is describing a prophet, and so when he is presented in the temple, he is declared to be a light for the gentiles. Once done, they head back home to Nazareth

So why are these two conflicting accounts so different?

Quite clearly both authors needed to contend with the fact that it was common knowledge that Jesus came from Galilee, yet if he was to be the messiah, then he needed to have been born in Bethlehem, the town of King David, so they each contrived elaborate, but quite different stories that fitted in with their view of who they believed him to be.

When it comes to the Christmas story, you actually have three to choose from:

“The differences are  significant and should not  be downplayed as if Mark  and Luke were portraying Jesus in precisely the same  way. When modern readers act as if they were…they take neither account  seriously, but rather create their own account.”  – Bart Eherman : NewTestament scholar – [ The New Testament, p. 126]

What is Christmas for you?

It is whatever you want it to be. You don’t need to believe anything at all. It is most certainly not the exclusive preserve of Christianity. Just as that belief system jumped in and claimed it, so too can you do exactly the same.

You can pick the traditions you like, enjoy them, and discard any you don’t like or enjoy. The vast bulk of them are not Christian, hence you are not making some sort of Christian statement by doing so and no belief is required.

Just jump in and enjoy it in whatever way you wish.

Unto Us a Child is Born

On this day, Dec 25th, a very long time ago an amazing child was born. He opened all our eyes and granted us a new understanding of everything, and by doing so changed the world.