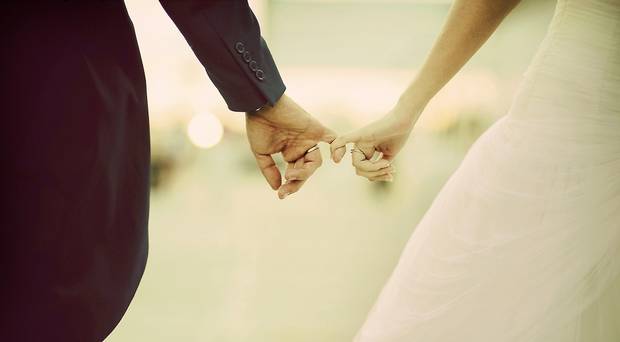 A bill that would restrict the right to marry to people of faith and require all marriage licenses to be approved by a member of clergy was approved by the Oklahoma state House on Tuuesday.

House Bill 1125, which would effectively ban all secular marriages in the state, was passed by a Republican majority and will now go to the state Senate for consideration.

“Marriage was not instituted by government. It was instituted by God. There is no reason for Oklahoma or any state to be involved in marriage,” said one of the bill’s Republican supporters Rep. Dennis Johnson, though marriage is a legal contract.

Yikes, how dare those evil Republicans ban Atheists from getting married …

..oh wait, it is not quite that simple. Often things are not as portrayed in the media and so digesting stories as presented without fact checking may leave you with a distorted view of things.

So what is really going on?

Yes, it was a Republican initiative, and yes the motives were clearly religious, and yes the intent was indeed to squash gay marriage; so coming down hard on it all is oh so tempting.

However, step back and ask yourself this – “What exactly does the bill itself as written actually do?”

Well this is where things get really weird, because these rightwing Republican god fearing Christian anti-gay folks have ended up producing a bill that will actually fully legalise gay marriage in Oklahoma.

Here it is, you can read it yourself to check things.

So what does the Bill do?

If you read it, then what becomes clear is that the state is getting out of the business of defining what marriage is and who may get married, they will no longer issue a marriage license, and will now instead simply issue a certificate to record what has taken place.

Wrong, a formal marriage can still be conducted, not just by a cleric, but also in front of a judge (and two witnesses). Alternatively, those that don’t want to do even that can file an affidavit of common law marriage with the court.

The only restriction that now exists with these certificates is to record a marriage between two persons, and there rests the point I’m making, no gender is specified, an early draft appears to have had a gender specific clause removed. The other usual constraints are still there,  both parties must not be currently married to anybody else, and must of 18 or over, and there are additional constraints for those aged 16 or 17 … but there are no gender specifics.

Oh and least you wonder, sorry Mormons, but just two parties, not two or more, so you will have to stick to Utah for that.

So this is a certificate that now records a marriage between two persons … no bride and groom, or any other gender specifics.

So all in all, not a bad move after all, this is the state more or less saying “do what you want and we will simply record what happens“, and that is not such a bad idea.

Oh and this is not a done deal yet, the bill will still need to go the the state senate and pass there.

Oh come now, I can’t let that comment from a Republican supporter slide, the extremely technical legal term used to describe this comment is “bollocks” (or similar), because the evidence for this is exactly zero. In primitive early Christianity, the belief did not meddle in marriage arrangements at all and played no part, it was deemed to be a private matter in which belief played no part, it was only later integrated into the belief, so not only should the state get out of the business of dictating what marriage is and who may and may get married, but the religious groups also need to stop trying to impose their specific beliefs on others as well, and yes you and I know they won’t.

Marriage is simply a contract, and while it is true that those who are religious like it to happen within a religious context (which is fine), this bill does not in any way prevent the non-religious engaging the services of a judge and two witnesses.

Bottom line: the widely circulating claims that this bill bans atheists from getting married is complete fiction.

The religious motives behind the promoters of this bill might indeed be utterly irrational and completely whacky, but the final result, getting the state out of the business of deciding who can and cannot get married and what marriage is, is actually quite good, even if that was not their actual intent at all.

So don’t you just love their incompetence … or as the old saying goes, even a watch that has stopped will be right twice a day.