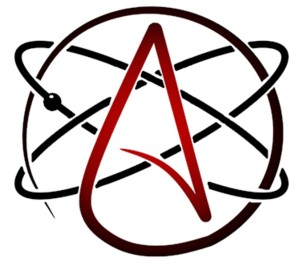 So a posting has popped up that is basically the Mother Lode of weird religious claims. Qasim Rashid, an Ahmadiyya Muslim has written an article entitled, “New Atheism: The Mother Lode of Bad Ideas” that starts out as follows …

Yes, as I suggested at the time, Mr Higgs now pops up as the poster child militant atheist. Mr Rashid appears to be claiming that what Mr Higgs did was in some way connected with his non-belief, or the belief of his neighbours. The evidence we do have is that Mr Higgs was obsessed about the parking of his neighbours and kept a daily diary. A day came when he blew his top and in a fit of rage utilised the gun he possessed. There needs to be a discussion about what happened, but that is a discussion that involves gun ownership and also access to good mental health facilities. What is was not about was belief, so the deployment of a claim that it is all about non-belief as a motivator is grossly dishonest.

Next we have the assertion that Islam is all peace and love and says nothing about killing those who leave Islam. Once again, this is a grossly dishonest claim, the daily news reveals this to simply not be a factual claim.

Am I, a non-believer, seriously going to accept that a book that labels me the vilest of animals and that my head should be chopped off, is all about love and peace?

Sura (48:29) – Muhammad is the messenger of Allah. And those with him are hard (ruthless) against the disbelievers and merciful among themselves

So what is going on here, how can he claim something that is so obviously not true?

The answer is that it all revolves around the use of the word “Islam”. Mr Rashid is an Ahmadiyya Muslim, so from his viewpoint, all other Muslims (that would be about 99% of the Muslims on the planet) are not real Muslims and not followers of true Islam at all, and so the various quotes above are, out-of-context / not-for-today / symbolic etc…

The Ahmadiyya stance is totally non-violent, and so they will indeed rationalise away all violent bits in a manner that is perhaps quite similar to the way most Christians rationalise away the nasty bits of the bible. That is of course to be applauded.

What is not to be applauded is this absurd attack upon non-belief, but then that is what the Quran tells him to do … to attack the non-believers, and from his viewpoint that means a verbal or written form of criticism.

Such discussion is fine and I would have no problem with it, except in this case the rather blatant fact that the stance being taken is a rather dishonest one.

After the paragraph above he writes …

This lie is devoid of any sort of compassion, honesty, or integrity.

er … yes it is indeed Mr Rashid, but it is your rather blatant lie.

Claim: Atheism Mimics the ideology of Stalin and Mao

Not content with this opening, he proceeds to dig himself in even further with this gem …

it’s the anti-theists like Dawkins, Ayaan Hirsi Ali, Christopher Hitchens, and Sam Harris, however, who demonstrate anything but thoughtfulness or compassion. In fact, their personal moral code—as described below in their own words—is arguably the ‘mother lode of bad ideas’ and mimics the twisted ideology of Joseph Stalin or Mao Zedong.

… and so after a bit of a build up, his “evidence” for this claim is …

Prof Dawkins is correct, you do not need to read the Quran to work out that his tweet is factual, it is the almost daily stream of violence, intolerance, homophobia, misogyney and murder, all inspired by Islam that confirms it, and yet Mr Rashid writes …

Dawkins is not educated on Islam but has no problem demonizing a faith to which a quarter of the world adheres.

Oh but he is, we all are … not in the sense of reading a 7th century religious text, but rather in the sense that we all can clearly see what Islam has Inspired in so many millions of hearts and minds today. To reject that fact is to reject reality.

His case against Ayaan Hirsi Ali

Ayaan Hirsi Ali was asked about her goal of “defeating Islam” and whether she actually meant defeating “radical Islam?” Most atheists I know are thoughtful and compassionate, and distinguish between Islam and radicalism.

Anti-theist Hirsi Ali instead proudly boasted, “No. Islam, period. Once it’s defeated, it can mutate into something peaceful.”

She is in essence correct. Islam as an ideology is not simply about a few nasty individuals and vast swathes of nice people, but rather is an idea that inspires intolerance and endorsements for violence in the minds of hundreds of millions of people …

To reject those facts is to once again reject reality.

He also goes on to attempt to slur Ms Ali’s character (as if that actually in any way addresses the points she raised), and yet dig into what actually happened, and you discover it is not as described by Mr Rashid.

You might also wonder why Ms Ali is so vocal and outspoken against Islamism, and so if you are grasping for that thought, then you should remember that she has put her life on the line to defend women against radical Islam, and faces quite real threats to her life for doing so.

Mr  Rashid next goes on to attack the military stance taken by Christopher Hitchens. In this case, his criticism is, as best as I can tell, factual and so is appropriate to some degree, but he quickly slides off the rails when he asserts …

With his personal atheist morals poisoned by anti-theism, Christopher Hitchens glowed at the idea of mass murdering 80 million people.

The problem there is that it was Mr Hitchens’s politics, and not his non-belief that inspired that stance. He was right about a great deal, yet was not infallible, and was wrong about some things as well. When it comes to the various political stances he took, be that right-wing in his latter years, or left-wing in his earlier years, not believing in a god played no part in that and so claiming this to be “atheist morals” is quite frankly absurd.

What will we do if an Islamist regime, which grows dewy-eyed at the mere mention of paradise, ever acquires long-range nuclear weaponry? If history is any guide, we will not be sure about where the offending warheads are or what their state of readiness is, and so we will be unable to rely on targeted, conventional weapons to destroy them. In such a situation, the only thing likely to ensure our survival may be a nuclear first strike of our own. Needless to say, this would be an unthinkable crime—as it would kill tens of millions of innocent civilians in a single day—but it may be the only course of action available to us, given what Islamists believe.

I’d be curious to understand what alternative Mr Rashid has. If indeed faced with, let’s say ISIS, armed with nuclear weapons, and a clarity from their actions so far that they will not hesitate to deploy them, then what exactly would he do?

It is thankfully just a though experiment, but then that is what moral philosophers such as Sam Harris do, they think about the unthinkable, and once again, none of that has anything to do with not believing in a god. I should also point out that the bit that Mr Rashid ops to quickly brush over is the observation made by Mr Harris regarding a nuclear first strike that “this would be an unthinkable crime” and instead he goes for this …

were he on the President’s war cabinet, Sam Harris would push for a pre-emptive nuclear strike simply because of what he believes Iran believes. This myopic and indefensible anti-theistic barbarity aside, it leads to yet another problem with Harris’s extreme anti-theism—he believes in killing people for the crime of “dangerous ideas.”

… and that is quite frankly a gross misrepresentation of what was actually being said. Has Mr Harris actually suggested … ever … that we should Nuke Iran? Nope. Is the thought experiment conducted by Mr Harris motivated or inspired by his non-belief in a god? Nope.

He goes on to quote Sam Harris …

“Some propositions are so dangerous that it may even be ethical to kill people for believing them.”

.. then takes him to task for this. Yet this is once again grossly dishonest, because the quote itself has been lifted right out of context, and is a malicious distortion of the views of Mr Harris. If curious to understand what his views actually are, then you can read his defence here.

The article written by Mr Rashid is being promoted by some as “excellent” (the chap at this link is also an Ahmadiyya Muslim), but by most as quite frankly daft.

So what truly is the Mother Lode of bad ideas?

To answer that, ask yourself this …

I suspect you can work out the right answer.

To finish, Mr Rashid is a member of the Ahmadiyya Muslim community. They are deemed to be heretics by 99% of the Muslims on the planet and so as a consequence he faces real danger from many of his fellow Muslims. There are often reports from Pakistan of Ahmadiyya Muslims being murdered for simply being Ahmadiyya, and yet rather oddly Mr Rashid opts to expend his energies writing articles that criticise those that actually defend his right to freedom of belief, and attacks them for daring to criticise those that seek to murder him, so I really think he needs to give some serious though to his priorities here.

As for the response to Mr Rashid’s article, it has had the entire atheist community up in arms and Mr Rashid has already received several death threats from “militant atheists” for his dishonest blasphemy … oh wait, no he hasn’t because that never happens.