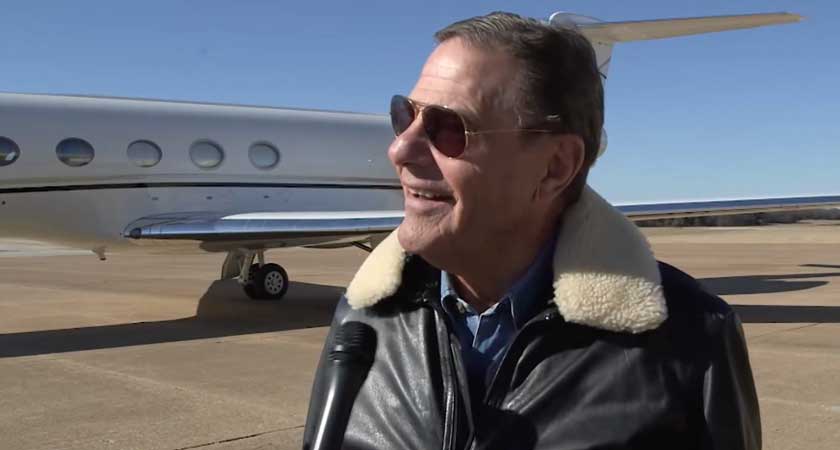 This weeks religious news contains a surprise that concerns Pope Francis defending the indefensible. When it comes to publicity and good PR he is usually the master of that and is normally very careful about what he says. When putting on a public mask I guess it is inevitable that occasionally the mask will slip.

Without any further preamble here is my personal selection of the top three items of religiously inspired weirdness from the past seven days. 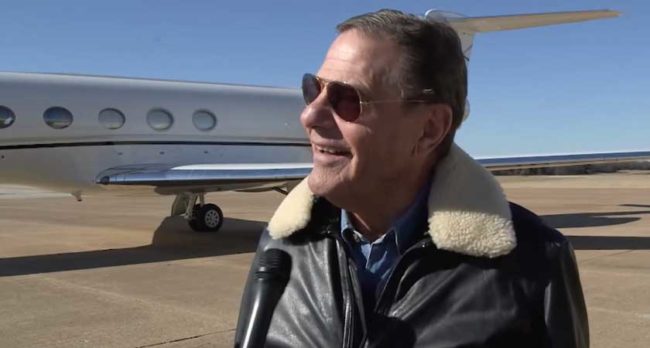 Via the Friendly Atheist, we have the news that Televangelist Kenneth Copeland has used the donations from his rather gullible followers to buy himself a multi-million dollar private jet.

So that’s it. He has a private plane that cost tens of millions of dollars. At least he’s finally satiated, right? He doesn’t need any more money?

Of course he needs money. On the very page on which he announced the purchase, Copeland begged his followers to give him even more cash. (Emphasis his.)

But our work as the Elite CX Team is not done. Overall, this Gulfstream V is in outstanding condition and is an exceptional value; however, before it goes into regular service for KCM, we want to upgrade the avionics to meet new standards the FAA will require in the near future. We also need to reconfigure the interior to better serve KCM’s needs for international flights. In the next few weeks, the avionics and interior work will commence. The cost of these upgrades is approximately $2.5 million. So, as Elite CX Team members, we need to set our faith NOW on receiving that additional seed so that we can sow it within the next three to four months, as the upgrades are completed.

Why oh why does he “need” a private jet, how does he justify that?

Apparently when previously discussing the topic of private jets, his answer was this …

Copeland even blasted “regular” air travel, saying that, as a famous person, he didn’t want to fly in “this dope-filled world and get in a long tube with a bunch of demons.”

… and that is basically his view of 99.9999% of the population who don’t use private jets for travel.

You might wonder where he goes on his private jet?

We also know that. He has previously had access to a $20 million jet and used it for trips to go skiing and also to go to a game ranch.

For this latest purchase of a private jet, the words Mr Copland might try to deploy include “faith” and “thanks”. In our reality the words that are far more appropriate are “greed” and “wastefulness”. 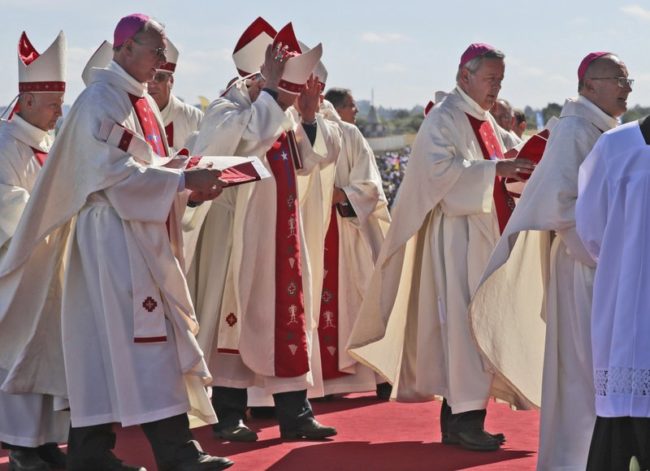 The Associate Press report regarding the visit by the Pope To Chile to help “heal the wounds of a sex abuse scandal” explains that things did not exactly work out that way. He took a rather firm stance defending an accused Bishop …

SANTIAGO, Chile (AP) — Pope Francis accused victims of Chile’s most notorious pedophile of slander Thursday, an astonishing end to a visit meant to help heal the wounds of a sex abuse scandal that has cost the Catholic Church its credibility in the country.

Francis said that until he sees proof that Bishop Juan Barros was complicit in covering up the sex crimes of the Rev. Fernando Karadima, such accusations against Barros are “all calumny.”

The pope’s remarks drew shock from Chileans and immediate rebuke from victims and their advocates. They noted the accusers were deemed credible enough by the Vatican that it sentenced Karadima to a lifetime of “penance and prayer” for his crimes in 2011. A Chilean judge also found the victims to be credible, saying that while she had to drop criminal charges against Karadima because too much time had passed, proof of his crimes wasn’t lacking.

“As if I could have taken a selfie or a photo while Karadima abused me and others and Juan Barros stood by watching it all,” tweeted Barros’ most vocal accuser, Juan Carlos Cruz. “These people are truly crazy, and the pontiff talks about atonement to the victims. Nothing has changed, and his plea for forgiveness is empty.”

Karadima’s victims reported to church authorities as early as 2002 that he would kiss and fondle them in the swank Santiago parish he ran, but officials refused to believe them. Only when the victims went public with their accusations in 2010 did the Vatican launch an investigation that led to Karadima being removed from ministry.

The emeritus archbishop of Santiago subsequently apologized for having refused to believe the victims from the start.

Francis reopened the wounds of the scandal in 2015 when he named Barros, a protege of Karadima, as bishop of the southern diocese of Osorno. Karadima’s victims say Barros knew of the abuse, having seen it, but did nothing. Barros has denied the allegations.

His appointment outraged Chileans, badly divided the Osorno diocese and further undermined the church’s already shaky credibility in the country.

… and so while on this latest trip he started defending Barros by suggesting that what the victims were saying was all lies.

Here is an interesting quote from German Silva, a political scientist at Santiago’s Universidad Mayor. Commenting upon the implications of this latest utterance, he made an observation regarding the public perception of Catholicism in Chile and how it has been radically altered …

“In the typical Chilean family, parents (now) think twice before sending their kids to Catholic school because you never know what is going to happen,”

Right Wing Watch reports with amusement on the latest rantings Kevin Swanson on his Radio show. Commenting upon the movie “The Last Jedi” he claimed this …

“The feminists are head over heels in love with this one,” Swanson lamented. “It’s a bit of a feminist fest with very little artistic story telling involved … It was a great vehicle to continue to educate the world towards feminism, and feminism is ultimately the individuation of the family, the destruction of the family, and the violation of the biblical ordinance that the husband is head of the wife. So that is fundamentally being eroded in the minds of our 13-and 14-year-old girls as they watch these movies.”

“You can thoroughly expect the unraveling of the Christian family in the years to come if the Christian family is sitting their children at the feet of feminists and receiving the messages,” Swanson said, as he railed against the film for featuring several female characters in lead roles “defending the universe from the bad guys.”

“Friends,” he said, “this is what the last movies produced by a dying civilization look like.”

So basically his “reasoning” is this – the bible says that the husband is the head of the wife and since the movie violates that belief by having females in leading roles (oh the horror … shudders) he considers this movie to a something that will lead to the destruction of families and the death of our civilisation.

Meanwhile back in our reality, the list of actual threats to families and our civilisation includes religious extremists promoting intolerance as a supposed virtue.

There is also some deeply offensive heresy here. He claimed that the last Jedi contains “very little artistic story telling involved” … except of course the overall consensus of actual film critics is this …

Star Wars: The Last Jedi honors the saga’s rich legacy while adding some surprising twists — and delivering all the emotion-rich action fans could hope for.