Mr Streeter, a former government minister and current MP, made some rather strange the remarks on Radio 4’s Today programme, he basically asserted that only religious people can be moral.

The dialog proceeded as follows …

Mr Streeter said the Prime Minister is “reflecting a new-found confidence in the Church in Britain, and a new-found sense of mission that we really are here to serve our communities.”

He went on: “There are Christians right now who are serving their communities – whether it be street pastors, Christians Against Poverty, all kinds of groups for elderly and vulnerable people. The reality is on the ground Christians are out there serving the most vulnerable in our society.”

In response, Mr Harris, a member of the British Humanist Association, said: “There’s no evidence that being religious makes you any more likely to do good deeds. You certainly don’t need, as the Prime Minister was trying to imply, to be religious to have a moral code. That is offensive to many people in this country that are not religious.”

But Mr Streeter replied: “It’s offensive to you and the minority of militant atheists.”

The Tory MP went on: “In most constituencies, for example like my own, it is the churches – not the secular groups, not the atheists – who are out there serving vulnerable people, running youth clubs, creating lunches for elderly and lonely people. That’s the reality in our country.

“The Prime Minister is simply reflecting that and I pay him credit for doing that. Most of the good things in this country come from our Christian heritage. Many of our finest charities were founded by Christians.”

He added: “Most of us who have a faith, it motivates us to serve in our community.”

Mr Harris said it is “not true” Britain is a Christian country, as the Prime Minister suggested.

“Most people in this country do not want politicians to impose religion on the rest of us. It should be a private matter.”

It is perhaps no surprise to discover that those that truly believe will assert that those that do not are immoral. This is a core part of Christian belief – You are all lost and without Jebus then you remain lost, and it all boils down to an ancestor of all of us being tricked by a talking snake into eating some fruit.

Like most other aspects of such beliefs, it is simply not factual because the rather inconvenient reality is that having a religious belief does not magically transform you into a good person, nor does a lack of religious belief make wicked or evil – there is no correlation between religious belief and morality.

Most humans, regardless of their belief or non-belief, are decent and honourable people who will strive to live good lives and also help others. We are like this due to the very natural altruism that we have evolved with, not our beliefs.

Meanwhile, how do those in his constituency feel?

Some are indeed rather ticked off …

Dr Blackmore, who lives in the South Hams, said she and her husband gave to many charities and were “deeply involved” in local affairs.

She said: “According to the latest Census figures, 32.9% of people in Plymouth report having no religion. Comments which alienate one third of voters aren’t just divisive and untrue, but politically foolish.

“I call upon you to apologise to your constituency and to recognise all the good work which is done by non-religious people not just in South West Devon, but right across the country.”

Dr Blackmore said that David Cameron’s call for the country to be “more evangelical” in matters of faith would only divide the nation.

She added: “It would be deeply divisive, setting one type of belief against another and making out that the non-believers amongst us are somehow inferior or less altruistic than believers when this is not true.”

There is perhaps some natural selection in play here, pissing off about 32.9% of your voters is a great way to not get re-elected, so I do hope that they remember this when the next election comes around. 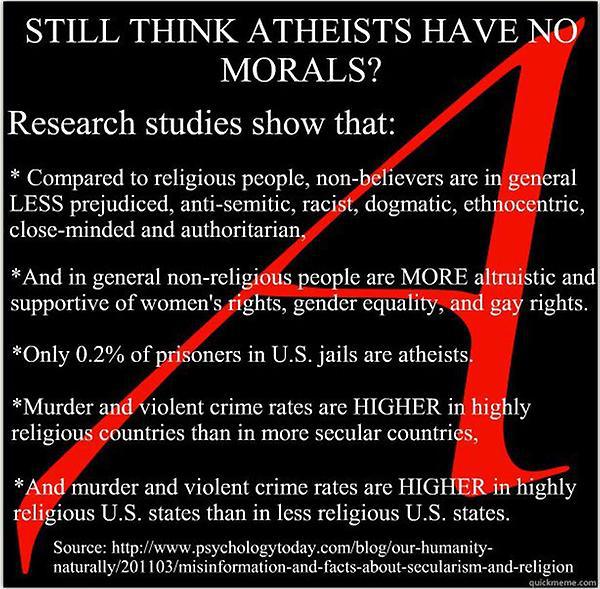