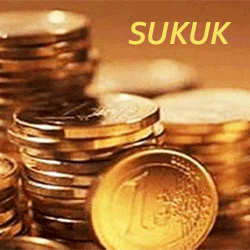 The UK’s Financial times and also the Wall Street Journal have announced that the UK is to start selling “Islamic” bonds.

“This government wants Britain to become the first Western sovereign to issue an Islamic bond,” Prime Minister David Cameron is expected to say in a speech at the World Islamic Economic Forum in London on Tuesday.

This merits some attention, what exactly makes a bond “Islamic”, and that also leads me to wonder if you can have “Christian” Bonds, “Jewish” bonds, “Hindu” bonds or even “Atheist” or “Agnostic” bonds. In other words what does the prefix “Islamic” to the word “bond” actually mean?

OK, first the basics … what is a bond?

It is rather obvious, but basically it is an instrument of indebtedness of the bond issuer to the holder. Basically if I sell you a bond, then I have entered into an agreement. You hold the bond, I get the money and use the money for whatever I wish. I then pay the holder of the bond interest and finally pay it all back on a specific date. There will usually be specific words used to describe all this, for example the coupon is a word that means the percentage of interest I will pay you and it will have a maturity date, the day when it will be paid back.

So who will buy and sell bonds?

A company wanting to raise money may issue bonds. Banks will issue bonds and so will some governments. These are basically financial instruments that oil the wheels of trade. There is a lot more I could write about it all, but hey … Wikipedia is your friend if you are curious.

OK, so what makes a bond “Islamic”?

Well, the thing to understand is that within Islam there are specific religious things that Muslims should adhere to, such as not supporting activities that are deemed to be  haraam (“sinful and prohibited”) such as pork, gambling or alcohol. So is it just a form of ethical trading where the ethics are specifically “Islamic”? Actually no, there is one other big thing within Islam … no interest. They use the word “riba” which means interest, usury, excess, increase or addition.

So how can you have a bond that pays no interest, why would I lend you money if I get nothing at all in return, how can this possibly work?

The way it works is that you don’t call it a bond, but instead use an Islamic approved word instead – Sakuk – which means “legal instrument, deed, check”. You also do not have debt and interest, but instead you enter into mutual ownership of an asset / business / project, and “rent” is then paid for this exchange of ownership. So in effect it is actually a loan that pays interest, you simply play word games and pretend that something else is going on so that Allah will then approve of this “transaction”.

To the religious, yes it sure is. In fact, the Wall Street Journal reports …

Some $27 billion of sukuk have been issued globally so far this year, about 40% less than was issued in 2012, Dealogic data show.

The London Stock Exchange LSE.LN -0.59% is also planning to launch an Islamic market index that will enable investors to identify companies that comply with Islamic business practices, the prime minister’s office said.

Business is business, and if the religious want to play daft word games to fool their god and pretend that it is not really a loan that pays interest, then the lenders will be willing to play along. With over one billion Muslims on the planet, there is indeed a market for such daft word games.

People are indeed weird, they inflict strange religious rules upon themselves and then play word-games to pretend that they are conforming to these restrictions, and this “Islamic” bond is very much inside that domain of utter religious weirdness. We might indeed laugh and mock at such absurd religious games, but if indeed people do wish to put up bits of string or pretend that a loan is not really a loan at all by using smoke and mirrors for religious reasons, then best of luck to them in that.