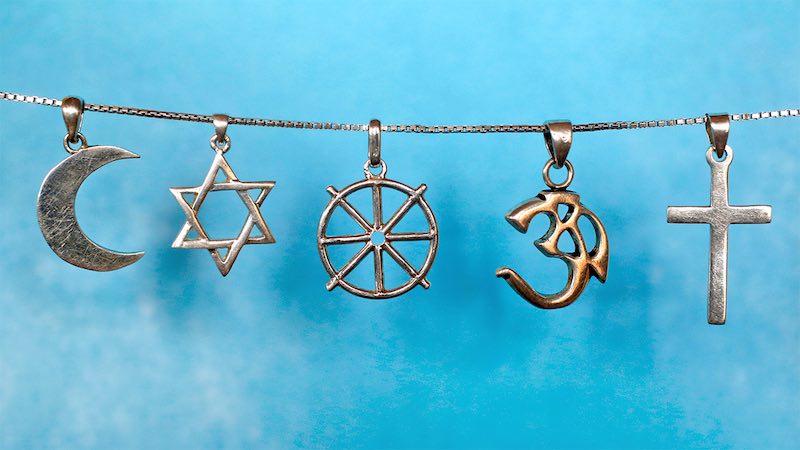 On the surface this might appear to be a posting that is simply reporting the results of the latest Pew survey of Religious Knowledge. It is not. Instead I am using the insights gained from it to point out a few rather fascinating details.

Published on 23rd July 2019, pew published the results of their religious knowledge survey. This can be found here on the Pew website under the title “What Americans Know About Religion“.

What they did was to ask 32 fact-based multiple-choice questions that relate to religion, then measure how well people did.

The questions cover many different well-known beliefs and consist of some questions that are easy, and some that are by design difficult so that they can measure those who are truly knowledgable.

If curious regarding the complete list of questions, then you can find them here. [Spoiler warning: they also include the answers]. If you prefer to simply have a go yourself and see how well you do, then you can do that here.

Pause and give the quiz a go, it’s fun.

What did they discover? – Quick summary

Who came out top?

Here is their ranking …(see graphic on the right) –>

What is perhaps a surprise (for some) is that Jews, Atheists, and Agnostics were amongst the most knowledgable and did far better than most.

What this perhaps tells us is that we are a nation of religious people who do not know very much about belief.

So why do Atheists and Agnostics know they most?

Perhaps because they are the people who have given it all a lot of thought and have come to the conclusion that it is not true.

Actually, it may in fact be a bit more complex than that.

What scuppers most is that they know a great deal about their own specific beliefs, but don’t know very much about other beliefs

This is perhaps quite predictable, but one other rather strong correlation relates to education. Generally, a higher level of education correlated to people doing better.

One thought they had was that perhaps being part of a specific group (Jewish, Atheist, etc..) did not in any way explain the results and that it was instead completely explained by the level education, and that people who came top (Jewish, Atheist, etc…), were simply better educated. To address this they introduced controls for education and also other demographic attributes, and discovered that simply being Jewish or Atheist did indeed generally result in a greater degree of knowledge.

Again, not a huge shock. Those who have taken a “World Religions Class” also do far better than those that have never done so.

Now this next bit is truly fascinating, this is where I am going with all of this.

The survey also asked respondents to rate nine different religious groups on a “feeling thermometer” ranging from 0 (coldest and most negative) to 100 (warmest and most positive).

In an age where there is considerable hostility and intolerance by some towards those who simply have a different belief or different ethic origin, how did this all pan out?

Those who are most knowledgeable about a religion (and are not members of that religion) tend to rate the religion’s adherents most favorably. For instance, Buddhists receive an average thermometer rating of 67 degrees from non-Buddhists who correctly answer both of the survey’s Buddhism-knowledge questions correctly, but just 53 degrees from those who answer neither Buddhism-knowledge question correctly.

In other words, the more you know about and understand “them” the higher your degree of acceptance was.

One Other key point

Related to the above was also an insight regarding who you know.

The survey included a set of questions asking respondents whether they personally know someone who is an evangelical Christian, a Catholic, a Mormon, a Jew, a Muslim, an atheist, a Buddhist, a Hindu or a mainline Protestant.

Here is what they discovered …

There is one other Gem from all of this

Generally understanding what people believe increases your tolerance of them. There was one big exception to this – Evangelical Christians …

The more people understand what they were supposed to believe, the less warmly they felt about them.

when you understand what Christianity teaches (Be like Jesus!), and then look at what evangelicals do in the name of God (Be like Trump!), you realize there’s a huge disconnect and get turned off by them.