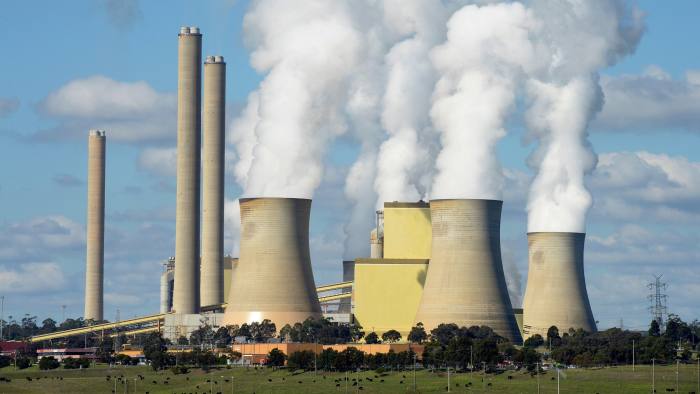 The phrase “Affordable Clean Energy” crafts an illusion of progress and also an air of respectability. Numbers have been crunched, and it turns out to be a truly bad rule. Given the observation that the Trump administration has their fingerprints all over this, then that’s more or less guaranteed. Incompetent and utterly inept is not simply a partisan political stance, but rather is an observation regarding almost everything that they have ever attempted to do.

What are you babbling about?

Let’s step back and very briefly and lay out a quick tour of not only where we are now, but how we got here.

The Clean Power Plan and the proposed replacement

A group of researchers from “Resources for the Future“, a nonprofit organization that conducts independent research into environmental, energy, and natural resource issues, published a detailed study within the Peer-reviewed science journal Environmental Research Letters. It is titled “The Affordable Clean Energy rule and the impact of emissions rebound on carbon dioxide and criteria air pollutant emissions“, and was published April 2019.

There is a rather obvious and important question here…

To address that they considered three possible scenarios. These are …

Rather obviously the Clean Power Plan is about reducing emissions. If you eliminate that and then do nothing, you will have an increase in emissions, or at the very least, maintain current emission levels.

However, what the study revealed is that after crunching the numbers, the “Affordable Clean Energy rule” will on the surface reduce the emissions intensity of coal plants, but will also lead to an increase in the number of operating coal plants and the amount of coal-fired electricity generation.

The conclusion of their analysis is this …

Our analysis finds that the projected emissions rebound effect in EPA’s ACE RIA undermines emissions reductions from the ACE rule compared to both the CPP and to no power plant carbon standard. Although the emissions intensity of modeled coal plants decreases, the number of operating coal plants and the amount of coal-powered electricity generation increases. Under the ACE central case, the rebound effect causes emissions to increase at 28% of coal plants in 2030.

To translate all that for you and distill it down, what this really means is that we can’t actually afford the supposedly “Affordable Clean Energy”, because it will cost us far too much.

Did the EPA listen to the Criticism?

They might have “listened”, but they also ignored it.

As mentioned above, the final draft was issued last month.

In response, the folks over at “Resources for the Future” issued “10 Big Little Flaws in EPA’s Affordable Clean Energy Rule” on 22nd July (same authors as the study) …

Here, we examine 10 flaws that individually bring the coherence of the rule into question and collectively suggest that the scope of the rule could be substantially broader…..

(…10 items are listed and explained in detail, then…)

…. why are these criticisms important to raise? What is the value in critiquing a rule that would have a negligible effect on power sector emissions? To answer these questions, it is necessary to zoom out. To avoid the tremendous costs of climate change, the US economy must decarbonize rapidly. The lowest-cost opportunities for decarbonization in the near term lie in the power sector, which will enable other sectors to rely on electrification to a greater extent. The power sector therefore plays a critical role in near-term efforts to address climate change and requires a durable regulatory framework that leverages existing market and technological trends to drive low-cost emissions reductions. Instead, ACE creates a narrow, inflexible regulatory framework that is not a sensible match for power sector decarbonization opportunities.

What Happens next with the Affordable Clean Energy rule?

If ACE is implemented it will restrict the reach of the Clean Air Act in achieving desperately needed emissions reductions from existing stationary sources.

It is still a proposal. The new rule has not been implemented and will face legal challenges. In fact that is already happening. Public health groups are challenging it in a lawsuit filed earlier this month (July 8 2019). The health groups filing suit rightly contend that ACE will put lives at risk.