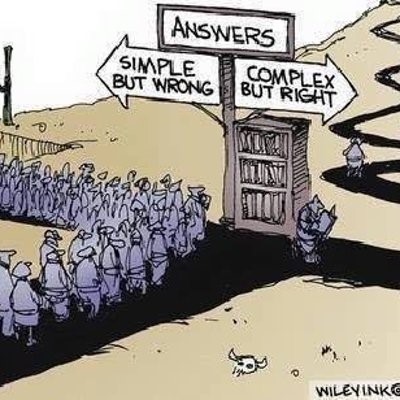 Some questions appear to have simple answers. What is the least religious country in the world? Pop on over to wikipedia and there you will find a handy list. Yes, there is indeed a list, but wait there are multiple ways of asking and then answering that question.

What exactly do you mean where you say “lest religious”?

For example, do you mean …

If we could account for all of the above and agree on a standard measure, how could we then account for different political and/or cultural forces that can greatly skew such numbers. For example …

In other words, it’s complicated.

This is not simply about this one question, it relates to many different questions on almost anything and everything. Simple answers can at times fool us in the thinking that we understand something, when in reality we don’t actually understand it at all, we simply fooled ourselves into thinking that we did.

OK, side step; how do academics address the “Least religious country” question?

Not so simple answers – Addressing the Least Religious Country question

Andrew Henry, a PhD candidate in early Christianity at Boston University is a huge religious studies nerd, and so he has a YouTube channel titled Religion for Breakfast. There he dives into such questions and explains, with references to published research, the thinking on such topics.

Here is his 15 minute deep dive into – The Least Religious Countries in the World.

He posted this last week on Oct 7, 2020, and does a very nice job of pulling apart the question, explaining how complicated it really is.

Does this guy have the credentials, experience, and background to give us a reliable insight?

He currently works at The Atlantic on their YouTube team.

Andrew’s academic background spans ancient history, archaeology, and religious studies. He specializes in the religions of the ancient Mediterranean world, focusing specifically on early Christianity in late antique Asia Minor and the Levant.

He worked at the University of Pennsylvania Museum of Archaeology in Philadelphia before moving to Boston. He has excavated in Athens with the American School of Classical Studies, and he is a former Educational and Cultural Affairs research fellow at the Albright Institute of Archaeological Research in Jerusalem.

He joined The Atlantic in 2018 to pilot a religion journalism initiative funded by the Henry Luce Foundation called “The Atlantic Global Religion Forum,” an online community of religion journalists and scholars that analyzed religion news on a weekly basis. Andrew moderated the forum until the end of the grant. In 2019, he transitioned to Atlantic Studios as the manager of The Atlantic’s YouTube channel.