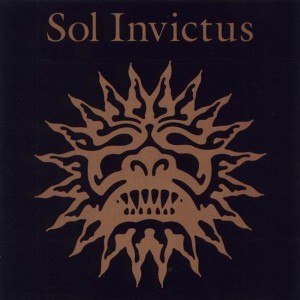 Did you by any chance know that today, the 25th of December, is supposed to be the day that a god was born?

It is all associated with a time when specific things happen …

… and of course you all know the name of the god I am referring to and the specific festival I am writing about. Yes it is of course the god Mithra, and the festival is Saturnalia.

We might think that how we behave today has its roots in the Victorian era, and that in many ways is indeed true, because “A Christmas Carol“,  the novella by Charles Dickens that was first published in 1843, did indeed result in a revival of such traditions, but we still cannot escape making the observation that the traditions go back to a time that predates the emergence of Christianity and has a great deal to do with humans making note of the seasonal cycles. It is no coincidence that the winter solstice happens around now, and also that our calendar ends and a new cycle starts.

The tradition we now embrace is one that has  always contained a recognition of a period of transition, and is steeped in images of darkness, despair, coldness, sadness, and death, all passing away with a transition into light, joy, warmth and life.

Our ancestors, in their attempt to grasp meaning, would attribute natural seasonal cycles to gods, and this is of course because they were naturally selected to associate such things to external agents.

[Imagine in your mind that in the far distant past there was rustling out on the savannah … those that assumed “lion” and fled, lived to breed; those that assumed “wind”, and stayed to get eaten by the lion were naturally removed from the gene pool]

Once the existence of such external agents has taken root within the human mind, there is also an associated desire that naturally emerges to influence such external agents by performing the correct rituals to appease them, and so it is almost inevitable that our species will have religious customs associated with such seasonal cycles.

There are also other additional pressures that gives a winter festival a distinct priority over other times of year. Survival meant being capable of paying close attention to seasonal variations. Of vital importance was knowing when the deep winter was about to begin, and so if our ancestors were unable to track the progress of the seasons and prepare for the famine months to come, then they would not survive.

Now is also the time when the cattle would have been slaughtered and so meat is for the last time in a long time plentiful, so it is time to take advantage of that and fatten up and prepare for what is to come. The wine and beer that was manufactured during the summer has also finally fermented and is now ready for drinking at this time. It is time to feast and drink, and also salute the gods with the hope that the right rituals will ensure that they will be happy and grant us a good year next year.

We have been doing this a very very long time

Scattered across the landscape are some truly ancient monuments whose function and utilisation have been long forgotten, and yet also contain hints.

There is Stonehenge, a place where the monument dates back to 3100 BC, and where there is also Archaeological evidence of activity on the same site as far back as 9000 years ago. The effort and resources to build such a structure over time would have been immense, the massive bluestones were not local, they were sourced many hundreds of miles away in Wales and that would have been at the time an astonishing bit of civil engineering to have carried out. We have no idea how they built it, and we also do not actually know what they believed or what rituals they followed, but what we can clearly observe is that the Great Trilithon was erected outwards from the centre of the monument, and so we can see that its smooth flat face has been turned towards the midwinter Sun; clearly the winter solstice was the most important event they had, and that is indeed perhaps understandable because knowing when that happens helped them to survive.

Interestingly enough this is an almost universal thing with our species and transcends cultures and geography. For example, the Incas celebrated “the Festival of the Sun where the god of the Sun, Wiracocha, is honored, but that happens in June and not December. That is of course because they are on the other side of the equator, and so that is when the winter solstice happens there.

Another example is the Irish Newgrange monument, which was built in 3200 BC and so is older than both the current Stonehenge monument and also the Egyptian pyramids. Once again we find that it is aligned with the rising sun and observe that light floods the inner chamber down a narrow passage only during the winter solstice.

We now understand what seasons are all about, and (gasp!) no gods required, and yet the tradition we have persists. We also no longer have such a dependence upon being seasonally aware for basic survival, and yet once again the tradition still persists.

It might be tempting to think it is like this because the religious beliefs today have embraced it all and adopted the customs from older beliefs, and while that may indeed to true to some extent, I suspect that even if the religious beliefs that prevail completely passed away from memory, and are forgotten, the idea of holding a winter festival would still persist; it’s fun, and is also a great excuse to pause from the normal daily cycles of human activity.

So whatever your beliefs or non-beliefs, I can only wish you well and will be raising a glass (or two) of an appropriately fermented beverage at some point during the day.