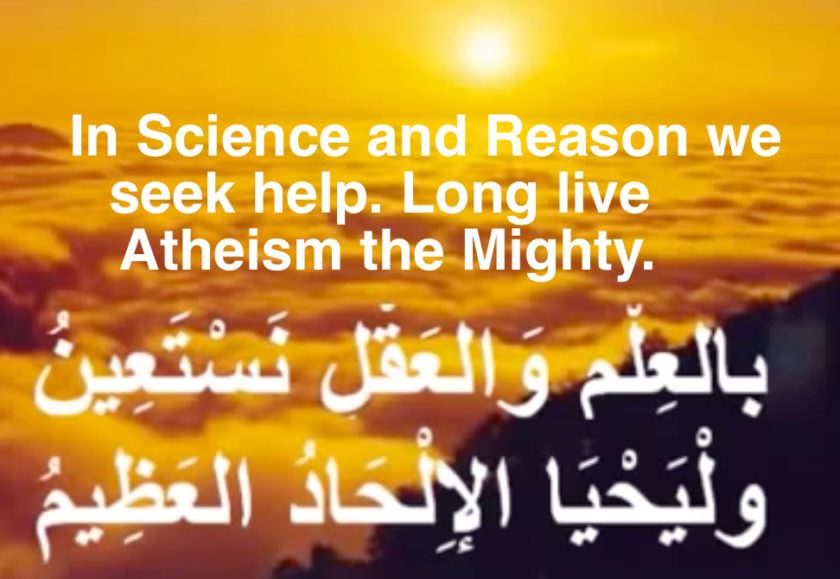 If you engage in a debate with a Muslim, one challenge that just might pop up is the claim that the Qu’ran is a miracle and that nobody can ever produce anything like it. This comes from a couple of verses within the Qu’ran itself …

And if ye are in doubt concerning that which We reveal unto Our slave (Muhammad), then produce a surah of the like thereof, and call your witness beside Allah if ye are truthful. – 2:23

OK, suppose we took this seriously and decided to give it a go, who then gets to decide if the challenge has been met or has failed? The problem is that there is no way to come to a truly objective conclusion, and so it the eyes of some, a proposed new surah would have met the challenge, but always in the eyes of those that believe it would have failed because their belief tells them it is not possible.

There are of course lots famous works of literature, many of which are truly beautiful, inspirational and stand the test of time, for example Shakespeare, Dickens, etc… and never before them or since them has anybody produced a work that is on par with their writings. Yikes, its a miracle, both Shakespeare and Dickens must be divine prophets of no human can truly replicate their great works. If I made such a claim then you would laugh at me because clearly both Shakespeare and Dickens are works of fiction, but then I would argue that so is the Qu’ran.

So has anybody had a go?

Of course, for example The True Furqan was a Christian attempt to do just that, and the reaction is exactly as you might anticipate. The believes reject it as having failed the challenge, and those that don’t embrace the Qu’ran as truth, consider the challenge to have been well met.

If curious, you can judge it for yourself, here is a PDF of it.

Here is another example – ex-Muslim author Saif Rahman has produced a wonderful example that truly does fully meet and robustly beat the challenge. He published it only a few days ago on 3rd June. It consists of fake Quranic verses written in Arabic in its “inimitable” style and annoted in English, using the same language, poetry, rhythm, literary form and meter as the Quran. Recited by a professional Qari, Arabic by Monaiza Misou and English translation courtesy of Hassan Radwan.

So does it meet the challenge?

The commenters under it certainly think so, here are a few of them …

And the grammar isn’t clear in some parts. Just like the Qur’an, bravo

I will memorise this and use it in salat when my parents force me to pray.

Even the Islamic Historian Tom Holland thinks it is good.

It has been 4 days since it was posted and so far when it comes to votes, it wins because by a huge majority it gets positive votes, so we can by popular vote declare the challenge well and truly met.

In science and reason we seek help. Long live atheism the Mighty.

1. A writing we wrote and presented in Arabic and we have arranged it well in arranging.
2. In order to make clear to those who have gone astray that what came to them was a human book.
3. And the oppressors who misled people and made up interpretations in their book a great deal.
4. They said so let the deniers bring verses written like it.
5. If they do that then we will not be embarrassed to say it is sufficient.
6. Do those who believe in the Qur’an think we cannot bring the like of it.
7. Nay, we are able to bring the like of that which came to them and much more rational in elucidation
8. Don’t you see they fight with each other over the Qur’an, arguing & disputing enormously.
9. Did not your companion say that the sun orbits around the earth.
10. And that your Lord descends in the last third of the night, when the last third of the night on earth is constant.
11. And when knowledge from the scientists reached you making clear the cause of night and day and how it is the earth that orbits the sun.
12. You denied it and instead believed a group from amongst you, each one having different views about it and declaring it night and day.
13. And you set about greatly contriving explanations in order to find a way of solving and re-evaluating.
14. As for those who denied and insisted and became arrogant, they said how can we say that when the prophet came with the opposite many times and repeatedly.
15. Look how they differ in their affair while following the same religion, and take diverse routes and diverge in their views. Indeed they are a people who don’t want to reflect deeply.
16. And they made between them and those who don’t support them a enclosed barrier.
17. And they said don’t listen to them they are just saying lies.
18. Didn’t you criticise the ancestors from before when they said don’t listen to the Qur’an. Here you are today saying the same thing.
19. You have denied science and the scientists when they say something different.
20. Yet when the science is certain and the truth is clear and are undeniable facts you say that was already written in the book.
21. They will say what you have brought (i.e these verses) is not the same as what came to us, say nay! and your preventing people from listening to it is proof.

Science has spoken the truth and the religious lie.

16 thoughts on “The Quran Challenge”