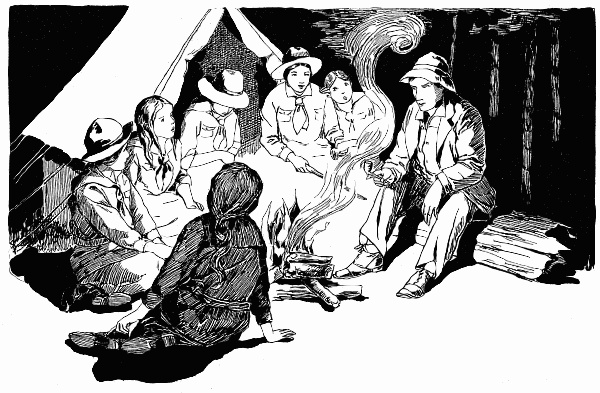 We do not just impart information, but often construct a narrative and tell stories to each other – now here is something odd / amusing / strange / funny / scary that happened to me / a friend / somebody famous – and often when doing so we are simply repeating something we have heard / read and not verified, and perhaps might massage it a bit to increase the dramatic impact. This perhaps is down to how we connect and develop emotional bonds with those around us. A hit will invoke a positive emotional response and so that creates a link.

What also takes place is a form of natural selection, the stories that have a sufficient degree of emotional impact will thrive and perhaps evolve over time to become even better, and those that do not work, will fade and not propagate.

A good friend, was standing at the coffee machine and told several of us the following “true” story which he assured us was quite real and had indeed happened to a friend of his wife’s. It went something like this …

She was out shopping at (insert well-known popular shopping mall nearby) and after a long day made her way back to the car park when it was late and turning dark. Upon arrival at her car she was rather astonished to find a little old lady sitting inside it.

Opening the door she demanded to know who she was and what she was doing there, and in reply was told a tale by this elderly lady about feeling faint and cold on the way to the bus and found the car unlocked so took advantage, and now wondered if it would be possible to drive her home. Our friend’s friend was quite sure that she had locked the car so this story was not ringing as true. She asked if the old lady could assist in directing the car out of a tight parking space. The old lady agreed, climbed out and when ready to give directions, our friend’s friend, jumped in, locked all the doors, and nimbly zoomed off leaving a distressed old lady in a trail of dust.

Feeling very guilty about not doing the right thing here, she promptly phoned the police and related the sequence of events. Two officers were promptly dispatched to render assistance.

About an hour later, the police called back and advised the friend of our friend that she had taken the right course of action. The officers did not find any old lady in distress, but instead found tucked nearby a bag that had been abandoned. Inside was a grey wig, rope, and a rather nasty looking long knife.

Honest, it’s a true story, it really happened to the wife of a friend of my friend, or at least that is the assurance we were given at the time, and since this was being related by a trusted friend, it just must be true because he would never just make something like that up, it was not his style.

Several years later, while visiting another office on the other side of the planet, I was once again in a similar situation and while standing around the coffee machine a story was being told about something scary that had just happened to the wife of a friend of the person telling the story. It was true, it had happened just this past weekend, and so you can perhaps see where this is going … yes, it was exactly the same story, with very similar details.

What the heck, was there an outbreak of this actually happening … or … is there in fact something else going on?

For me the light had finally dawned, we tell each other stories like this, and the actual event had never actually happened at all … ever … anywhere (I was curious enough to check). If I had in fact been a little bit older and wiser at the time of the first story I might have recognised this as a variation of well-known urban legend called the knife in the briefcase.

Now what is interesting is that different religious and political communities have stories that they tell each other that helps to keep those hearing engaged and committed to that specific community because such tales help to reenforce the emotional bond to the community by painting some rather dire consequences that await those that leave, or paint those outside as evil and obnoxious.

Examples of stories within the right-wing Christian Community

What all of the above stories have in common is that none of them are in any way factual or true, and yet they circulate as true stories and so act as a means for those hearing them to buy emotionally into a specific community message … anti-gay, “they” are out to get us, “they” want to suppress our truth, etc…

This all goes some way to explaining why people within such communities are essentially immune to factual de-bunking. They might have listened to such stories and the emotion invoked keeps them locked in to the group-think, so factual rebuttals have no effect because inside our heads emotions often tend to trump conflicting facts which can be easily discarded as wrong.

Looking in the Mirror

This is not something that is specific to one community, we are all part of this story telling, it is part of what makes us human. So what about the stories we tell each other in the community of those that do not believe?

Yes, tales abound of how those that believe act like obnoxious twits, and often that can indeed be verified as factual, but the truth is that you cannot generalise like that. All communities have such individuals, and so it is important to also remember that most humans are not like that.

Most humans, regardless of their specific beliefs, or for that matter their non-beliefs, are decent and honourable, and strive to live good lives.

So this is where critical thinking matters, regardless of what community you move in, you will hear stories, and such stories need to be questioned. Strive to know what is really true and what has actual evidence that can verify it to be true, discard everything else as a story we tell to create an emotional bond and treat it as fiction … be it a religious story, a political story, a community story … it’s just that … a story and is not factual.

We all love stories of course, so enjoy them for what they are … just stories.