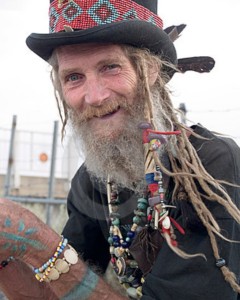 Amanda Marcotte, has a little list up on RawStory that she has posted to honor/mock some of the strangest characters that keep popping up in all corners of the internet …

A definitive list of the weirdest people on the internet

OK, it’s fun, so digest with a pinch of salt, and yet at the same time is also a tad scary because these are people that are quite sincere and passionate. What is of course fascinating about it all is not simply the obsessiveness, but also the associated immunity to rational discussion. So thinking back here are a couple of my favourite ‘characters’:

Now that is all just a small sample. In the end, what can one really say except to perhaps observe that everybody is “normal” until you get to know them.

None of this is really new, such eccentricity has always been out there. What has in fact changed and been disrupted, is that the eccentrics have been given a platform over the past decade, the Internet acts as both an amplifier and yet also as an equaliser for all ideas, none get censored, and all get a chance to make their case, there is no media censorship, and the internet itself has no agenda.

So what will happen over time is that the good ideas will prevail and get naturally selected, and the bad ideas that can’t be defended will wither and die, and that in itself will perhaps be a good thing. It will perhaps also lead to a greatly accelerated pace of change.