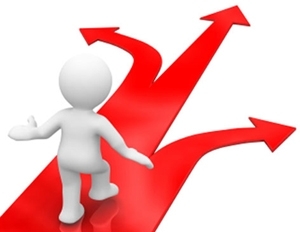 If you have not yet come across wikiHow then you should check it out, it is a web-based and wiki-based community, consisting of an extensive database of how-to guides. wikiHow’s mission is to build the world’s largest and highest-quality how-to manual.

So on Wikihow I’ve come across a How-To that leads me to doubt the claimed “highest-quality”, it is entitled – How to Persuade an Atheist to Become Christian.

Ooooh … this should be fun.

The most obvious solution would be to simply present credible objective evidence for the claims made, but since there is none (not one jot), then this is really an article that could potentially be re-titled “How to persuade a rational evidence-based person to abandon reason and embrace irrational beliefs”.

It consists of many steps, so let’s take a look and see if we can be persuaded.  (Sanity warning for those that read it: be prepared for lots and lots and lots of bible quotes)

Basically the message is “just love them” … but in my experience there are exclusion clauses such as … unless they are gay, are not actually gullible and don’t believe you, etc…

It is in fact rather an odd message in so many ways, the goal is to put people on a guilt trip and persuade them that they are miserable wicked evil sinners, and Jesus is the answer, but to do it without condemning them. The claim is that being Christian solves all this, and yet the actual evidence from the lives of those that are Christian is completely the opposite. The more religious people are, the more probable it is that they will be in an abusive relationship, divorced, have a teen pregnancy, etc…

Point 2 this is simply an anti-science stance and a preference for “magic” as the right answer.

Point 3 is the assertion that the Book is Genesis is right. The argument is essentially a plea to ignorance, “I have no clue about X” therefore god.

Point 4 is encouragement to claim modern science in the bible by taking vague poetical phrases and crowbar in modern science, then proclaiming it to never be wrong. Now that’s a scary thought, especially given all the pro-slavery and genocide contained within the bible.

Point 5 pretend to be interested in the non-believers point of view. Since the entire goal here is to convert, it can never be a truly open conversation.

Point 6 a warning that non-believers often know the bible far better than believers do (yes really, that’s a statistical fact, they don’t stand a chance do they).

Point 7 know how to answer the arguments presented by non-believers … (good luck with that, I’ve never seen anything credible … ever. This is illustrated quite well by the observation that the author is unable to link to anything that does exactly that).

Point 1 Insist that they respect you. (Folks who hold silly beliefs will be mocked, if they don’t wish to be mocked, then they should not embrace daft beliefs)

Point 2 Backup your crazy irrational beliefs with reason (rolls eyes, good luck with that one)

Point 3 Ask why they are Atheist. Now that’s a great question … lack of any credible objective evidence. For exactly the same reason non-believers do not believe in Zeus, Thor, Allah, or any of the other gods that humans once asserted to be real. It goes both ways, why do they believe? The answer will never ever be evidence based but rather will be down to cultural or emotional reasons, and subjective human experiences … in other words the exact same stuff that they use to verify their belief will, when presented by other beliefs, be rejected by them as false., so in what way is their “experience” different than the delusions on offer by others?

Point 4 Quote the bible as much as possible at every opportunity – This will indeed help to robustly establish you as a complete nut, so I do encourage this one.

Point 5 Explain that Christianity helps people lead better lives … and then explain why this claim is not factually true in any way at all.

Point 6 Use logic … not going to happen, I’ve never ever seen this.

Point 7 Use evidence … this conversion plan is really not going to pan out well is it?

Point 1 – Give practical advice from the bible … (and don’t forget to gloss over and ignore all the nasty bits about owning slaves, how the beat them, and slaughtering all your neighbours)

Point 2 – Take your time … (indeed yes, it does take time for people to break free from strong religious emotional bonds, see the light, and realise that they have been fooled)

Point 3 – Let them try to convert you … (good idea, as illustrated by the rising tide of nones, de-conversion is quite successful these days)

Point 4 – Invite them into your social circle – basically where reason and logic fail, utilise emotional and social relationships to ensnare people.

Point 5 – Wait and let them come to you – once again this is not about the things that are true, but rather is about sucking people into your cultural bubble by leveraging human emotions.

Point 6 – “be understanding that your world view may not be foreign to an atheist.” – no kidding.

Point 7 – Pray out loud in front of your target – even though the bible specifically tells you not to do this in Matthew 6:5

Part 4 – Putting Jesus at the center

Point 2 – Focus on what is known – and then proceed to make lots of claims about stuff that is not actually known at all and cannot be verified.

Point 3 – Quote lots more bible verses – this “evidence” is simply a claim and is not actually evidence at all.

Point 4 – Show everybody how religious you are – because they will instantly want to be religious and crazy just like you.

So have you now been persuaded to convert?

Essentially this How-To is simply a recipe to manipulate and utilise a friendship to hook people emotionally. If there was indeed clear objective verifiable evidence for any of the claims, then such emotional manipulation would not be necessary.

What is also rather interesting is that the one source document, the bible, has produced a vast diversity of conflicting beliefs … Catholic, Evangelical, Baptist,  etc… When it comes to Christian beliefs, if they can’t persuade each other what is and is not actually true, then why should we believe anything they claim, especially when there is no evidence for any of the claims asserted … not one jot.

In essence the core of it all is the claim that the creator of the entire universe gave birth to himself so that he could kill himself as a sacrifice to himself . Why? Well apparently because a talking snake tricked the supposed first human into eating some fruit – you are buying into this idea and want to devote our entire life to it … right?

Don’t be concerned that WikiHow has gone mega-religious and is being one sided, they also have … “How to Persuade a Christian to Become an Atheist“. I may indeed be a tad biased, but this one is a far more rational approach, one that utilises reason, logic and evidence.

1 thought on “How to Persuade an Atheist to Become Christian”