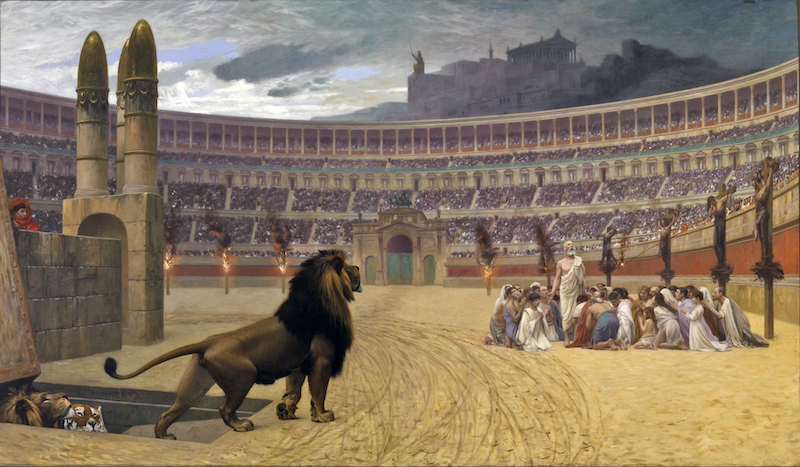 There exists a popular narrative regarding the persecution of Christians in the US. The claim is that there are forces on the prowl ready to ban the bible, ban churches, ban prayer, gag any who dare to speak out, etc.. and that this is all Satanic and evil.

It is not new, nor is it unique to the US.

Side note: There is real persecution of Christians and in some nations. In some places people are truly at risk simply because they hold a specific belief. This is not what this posting is about.

As a teenager, when growing up in Ireland, I very foolishly became part of a religious cult. It was deeply evangelical, and so not only was it a place of “truth”, but it was also, in the minds of some, suffering “persecution”. Well yes, that is all a story for another day. The point is this, even there and then this persecution narrative existed.

I do recall once talking about it glibly over dinner at home that “they” were persecuting us. My father, who was not part of any of this, asked me for details, and by doing so, it quickly became clear that there was no substance to any of it. I had nothing, no actual examples of any “persecution”, it was all in my head.

The Persecution Narrative is not new

It is part of the package deal. It emerged with early Christianity and has been there even since.

When you believe in a world where there is a God and a Devil, you live in a divided world. There is no compromise between the two, no dialog, nothing. Just “them” and “us”.

Christianity today is the dominant belief in the US, and yet oddly many within the belief behave as if they are a persecuted minority, the brave few who face the distinct possibility of being throw to the lions for being Christian if the “evil” Democrats ever get elected.

What is of course utterly bizarre when faced with such thinking is that the vast majority of Democrats are Christians.

Even more ironic is the degree of doublethink in play. “Our God has won, is all powerful, and can do anything” is part of a thinking. Yet at exactly the same time, many are constantly in fear because Satan is in the prowl on all sides and his minions will descend to devour the faithful at any moment. It is perhaps natural for those that have an imaginary friend to also embrace the concept of an imaginary enemy.

Meanwhile back in reality, does anybody seek to ban the bible? Nope.

Does anybody seek to ban churches? Nope.

Does anybody wish any who believe any real harm simply because they believe something that is not actually true at all? Nope.

What does happen is that when some proclaim their “truth”, others will point out the logical fallacies within the claims being made. In the eyes of the devout, such criticism is often interpreted as persecution. This is of course daft because this is simply honest and sincere debate.

Ideas don’t have rights or merit protection, only people have rights.

Being thrown to the Lions was once real … right?

One thought is that perhaps much of this is rooted in folk memory from a distant time when Christians really were literally thrown to the lions.

The is one flaw with that idea, it is all a lot more complicated than you might initially believe and a great deal of modern mythology concerning it all is simply not factual. Here for example is an extract from an article by several Historians titled “Mythbusting Ancient Rome – throwing Christians to the lions“.

The Romans were horrible, bloodthirsty people in many ways. But the treatment of Christians by the Roman imperial state was more complex than we might at first think. Persecution of Christians was carried out on the local level, and usually initiated by provincial mobs.

Death – particularly by lions – was not an inevitable punishment, and not restricted to Christians. Universal edicts of persecution were only issued on specific occasions in the third and early fourth centuries A.D. They were a result of the emperors trying to reinforce traditional Roman religion in increasingly unsettled times.

Ironically, these days, the mob, those oppressing, persecuting, and demonising others, are the Christians themselves. If indeed they believe they are being persecuted, then they really do need to hit pause and seriously try switching sides to walk in the shoes of somebody who is gay, or simply an atheist. There they will bask in the raging and continuous torrent of hate, abuse, and intolerance being bestowed by many “loving” Christians.

Why do they believe they are the persecuted?

22 Blessed are you when people hate you, when they exclude you and insult you and reject your name as evil, because of the Son of Man.

23 “Rejoice in that day and leap for joy, because great is your reward in heaven. For that is how their ancestors treated the prophets.

Permit me to explain.

If you are being insulted, rejected, and persecuted, then it is “biblical evidence” you are doing Christianity correctly. If however, nobody is insulting you and rejecting you, then you are not a “True Christian”.

In other words, experiencing this persecution narrative panders to the idea that you are special and on the right side, hence it has been there since the beginning.

Should there be no sign of it, well hey, all they need to do is to crank up the rhetoric a bit, get in peoples faces and tell they that they are going to hell, or that they are wicked and evil because they don’t believe, then they can relish with delight and joy in being told to ‘F**K Off’ as “evidence” of persecution, and can relax because they have earned their “True Christian” badge.

One last thought. Is everybody who believes like this?

Not at all. Like most things it is complicated. There is a wide diversity of belief that comes with a range of confidence in it all. For some, belief can be as simple as a place you go to for hatching, matching, and dispatching. Generally the persecution complex resides within the minds of the evangelicals. The concept is popular amongst conservative politicians who often proclaim the persecution is all real, and so generally those that embrace this belief, the right-wing fundamentalists, rally around and grant them political support because their belief is been pandered to.

Seth Andrews has a new book out titled – Confessions of a Former Fox News Christian.

He was once deep inside the bubble and writes in detail about the mindset and how he escaped.

Below is a podcast where Hemant Mehta speaks to Seth about his new book. They talk about how he left the evangelical bubble, what it takes to question your core beliefs, and why the FOX News crowd is so susceptible to fear.

(Side Note: No I’ve not been asked to promote his book, I’m doing so because I think it is deeply insightful and very much on topic)