The phrase “Terrorist Attack” suddenly makes the headlines, and yet what happened was not a terrorist attack in the more traditional sense of the word. The word “Terrorism” is utilised to describe the deployment of violence in order to achieve a specific political goal, but there is nothing political about an attack on a satirical magazine by religious fanatics that has resulted in the brutal murder of their staff. This was an open and very public demonstration of the gross intolerance that is pervasive and endemic within many strands of Islamic thinking, it was a direct physical attack on freedom of expression and basic human liberties.

There will be assertions that those that did this were not true Muslims, and sadly that will be a denial of the rather obvious truth.

Islam is a term that describes a vast diversity of conflicting religious thinking that is all in orbit around the Quran, a text that nurtures and promotes intolerance, misogyney, homophobia, violence and murder if you read it as literal truth.

So are all Muslims violent intolerant thugs?

No, of course not, clearly the vast majority are not, but many strands of Islamic thinking do indeed promote intolerance and violence as virtues. Individual humans tend to embrace religious ideas to various degrees, often discarding the obnoxious bits and cherishing the nice bits, and so it is reasonable to assume that most Muslims are decent human beings who wish no harm to anybody. However, when the core ideas are embraced as literal directives by impressionable insecure humans, then the result is catastrophic for all of us.

Such bad ideas inspire not just absurd and abhorrent behaviour, but also some truly horrific acts of brutality, and that is why criticism is not simply a luxury, but rather is a necessity if we truly wish the world to be a better more tolerant and less violent place.

The fanatical Islamists are a cancer that threatens us all, both Muslims and everybody else, and in the face of what has happened, and will continue to happen, silence is not an option, it never can be.

“What we do owe, aside from a debt of lifelong gratitude to Charlie Hebdo and its horrifically decimated staff, is the determination to never let the magazine’s brand of playful insolence be silenced by assholes with guns and bombs.” – Terry Firma

The second rather inevitable observation will be some laying the blame for what happened on the victims, and an example is the Financial Times doing exactly that. This is about as credible as a rapist or others asserting that a rape victim was asking to be raped because of what she was wearing. Such assertions should always be robustly dismissed as absurd – humans should always take full responsibility for their own actions.

This is what the religious bullies cannot handle

In solidarity with those that have died, I quite happily publish a sample of the images that caused so much religious offence, and will leave them permanently posted and public as a tribute to all that take a stance against religious intolerance, violence, misogyney, homophobia, and murder, all done in the name of an imaginary god. 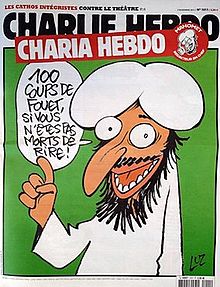 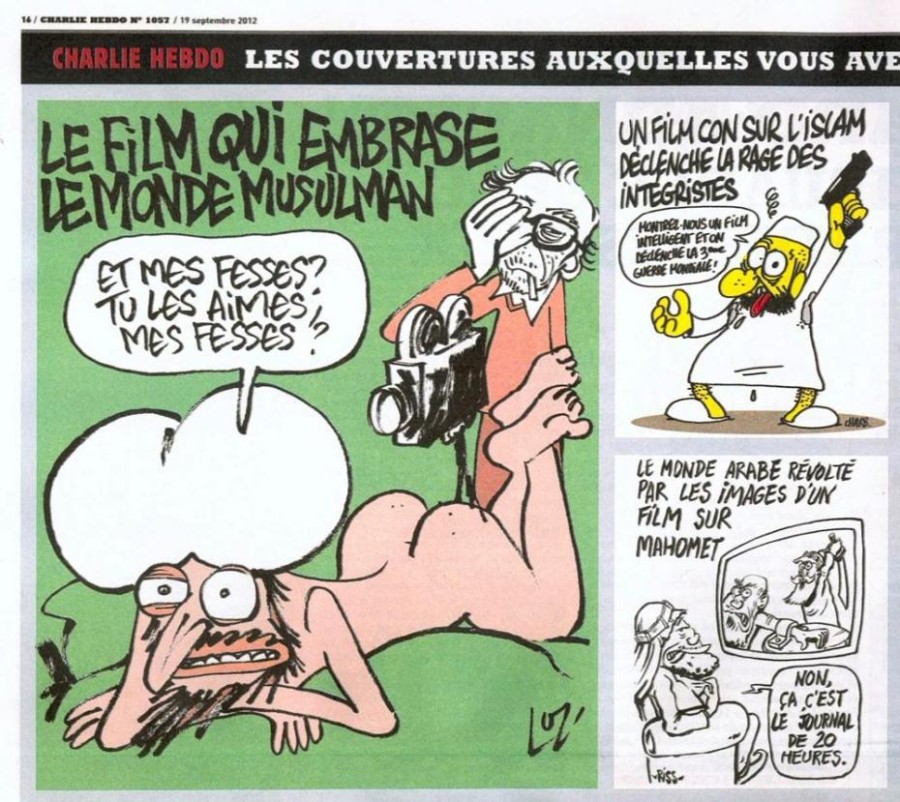 “Religion, a mediaeval form of unreason, when combined with modern weaponry becomes a real threat to our freedoms. This religious totalitarianism has caused a deadly mutation in the heart of Islam and we see the tragic consequences in Paris today. I stand with Charlie Hebdo, as we all must, to defend the art of satire, which has always been a force for liberty and against tyranny, dishonesty and stupidity. ‘Respect for religion’ has become a code phrase meaning ‘fear of religion.’ Religions, like all other ideas, deserve criticism, satire, and, yes, our fearless disrespect.”