This one truly shocked me.

You would now perhaps reasonably expect to be immune to the idea of being shocked by all that ISIS do, but this latest tragic tale paints a picture of some truly barbaric atrocities all inspired by fanatical fascist Islamic belief.

I’m cheating a bit because what I’m doing is cutting and pasting a posting from the Friendly Atheists blog. There the author extracts the key details from a longer Washington Post article and lays out the entire saga quite well, and so what follows below is an article by Terry Firma from here …

Three months ago, fighters of the Shaitat tribe in Syria had to throw in the towel when it became clear that their ISIS foes had superior firepower. The Washington Post reports what happened next:

We wanted to save our people,” said Abu Abdullah … describing how they agreed to a truce with the militants in mid-July. The Islamic State was permitted to enter the town and establish a garrison, but local leaders were left in charge, he said.

Relations quickly frayed. The crunch came, the tribesmen in Reyhanli said, when Islamic State fighters whipped a local man who was caught smoking a cigarette in the street, a crime under the Islamic State’s harsh interpretation of Islam. The man’s brother, incensed, shot at a passing Islamic State patrol, killing one of its fighters. 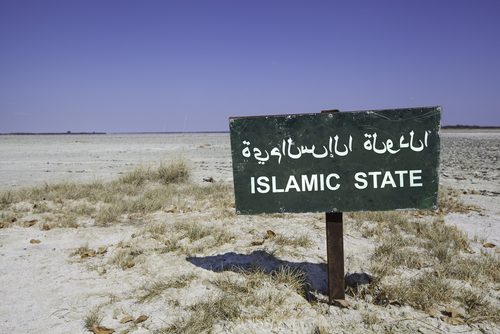 The brother was arrested and publicly beheaded, triggering an outpouring of rage. Residents marched on the Islamic State’s headquarters, forcing its fighters to flee.

But the relief from the Islamist fundies was only temporary.

The militants then brought in reinforcements and began shelling the town, using artillery they had captured the previous month in Iraq. After a three-day barrage, the Islamic State militants moved in. They rounded up all the surviving men and boys older than 15 they could find and set about systematically killing them.

Over, in the end, a cigarette.

A photo essay on an Islamic State blog boasted of the different ways tribesmen were killed, including beheadings, mass shootings and a crucifixion. A video shows how the militants lined up scores of captives on a road, their hands bound, then set about clumsily decapitating them, one by one. The executioners, speaking in Tunisian, Egyptian and Saudi accents, taunted those not yet dead by swinging severed heads in front of their faces and telling them, “It’s your turn next.”

And then they’d make good on that promise. About 700 people were killed, the greatest known single atrocity since ISIS’ campaign for the Caliphate began, 18 months ago.

Said one of the survivors: