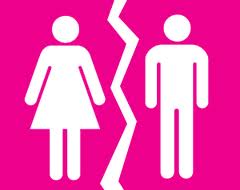 If invited to a Mosque or similar venue, then perhaps I would anticipate some religiously motivated rules to be in place, but when the event is a public debate at the University of London, in this case “Islam vs Atheism”, then that is an entirely different matter.

Last Saturday 9th, the debate organised by the Islamic Education and Research Academy (IERA), pitted writer Hamza Tzortzis against Professor Laurence Krauss. Attendees were rather astonished to discover upon arrival that two doors had been setup, one strictly for females and the other for males. As reported in a Press Release …

A policy of segregation was suggested by IERA in a statement before the event, which said: “As for seating, it is according to when the ticket was booked and gender.” This was raised by students with UCL, who gave assurances that no segregation would be allowed.

Fiona McClement, UCL equalities and diversities adviser, said on 8th March: “We have been in contact with the event organisers and made it clear that UCL will not permit enforced gender segregated seating. All attendees are free to sit wherever they feel comfortable.”

So they knew that they should not do this and were told in no uncertain terms, “no”, but they went ahead anyway.

So what happens next? The UK’s Guardian tells us …

Dana Sondergaard who attended the event, wrote on her Facebook page: “After having been told the event would NOT be gender segregated, we arrived and were told that women were to sit in the back of the auditorium, while men and couples could file into the front.

“After watching three people be kicked out of the auditorium for not following this seating plan, Dr Krauss bravely defended his beliefs of gender equality and informed event staff that he would not participate unless they removed the segregated seating. Needless to say, the staff got their shit together pretty quickly and the event (thankfully) continued.”

Zayd Tutton of the Islamic Education and Research Academy disagreed with Krauss’s account of events. “There were three sections, as agreed with UCL prior to the debate. This was agreed clearly with UCL representatives.

Actually no, that last bit is a rather bold lie on their part, there was no such agreement.

If you are not sure about such lunacy, then consider this, what if somebody had decided to impose segregation based on say belief: Atheists in front, Jews and Christians in the middle, and Muslims in the back, or perhaps segregation based on say race, would you be appalled? Of course you would, so why should gender segregation in a public space be deemed any different. They can of course segregate in whatever way they wish in their own Mosque, the problem comes when they attempt to impose their beliefs by force upon others in a public space, especially when they had actually agreed to not do so and told the invited speaker that they would not do so.

“Impose by force, but that is a bit strong, are you not blowing this out of context?” Nope, imposed by force is factually correct …

It turns out that Professor Laurence Krauss, the invited speaker, is buddies with Richard Dawkins, and told him all about it, so Richard wrote it all up.

Apparently when Professor Krauss was advised about the segregation and asked them, they lied to him …

He immediately asked the organizers, who assured him that the audience would not be segregated by sex, and Lawrence agreed to go ahead.

So this is what then happens when he arrived …

When he got to the meeting he discovered that actually the seating in the auditorium was indeed segregated by sex. There was a men’s section, a women’s section, and a “couples” section. Did the “couples” have to produce a marriage certificate, one can’t help wondering? And, while wondering such things, what would have been the reaction of the audience if they had been segregated, as in apartheid South Africa, into a black section, a white section and a “coloureds” section?

When Lawrence realised that he had been duped, he immediately secured permission from the organizers to announce that – contrary to previous instructions – people could sit wherever they wanted. Three young men, described by Lawrence as nice gentle guys, then got up and moved to the women’s section in the back. “In the back”, by the way, may resonate with those who remember Rosa Parks in Alabama in 1955. Security guards then tried to eject the three young men. Lawrence went to find out why, and the guards told him the three were a “threat”. Threat to whom, one wonders?

Lawrence then packed his bag and walked out, explaining why he was doing so, and this part of the evening’s events was filmed by Dana Sondergaard on a smartphone. She sent the film to Lawrence and has said that I can re-post it her. Her own eye-witness account of the event is on her Facebook page, here: https://www.facebook.com/photo.php?v=10151324574843231

After Lawrence walked out, the organizers, perhaps worried about adverse publicity, ran after him and persuaded him to come back, agreeing to let the three young men return to their seats in the “women’s section”. Unfortunately in my opinion, Lawrence agreed to return. It was a decent gesture on his part, but I can’t help wishing he had refused and generated maximum publicity for this disgraceful episode. I suspect that he too now regrets his bending over backwards to be polite, and to return. I also regret that more people didn’t move along with the three men, and it’s a bit of a shame that no women, in the spirit of Rosa Parks, moved to the men’s section.

Who won the debate?

Clearly, without saying a single word, even before it had started, Hamza Tzortzis did not win. The topic under debate was “Islam or Atheism: Which Makes More Sense?”, so in just that context, when one side demonstrates that they are intolerant misogynists and willing to impose that by force upon others in the public space then they have instantly lost, because none of that makes any sense at all in the 21st century.