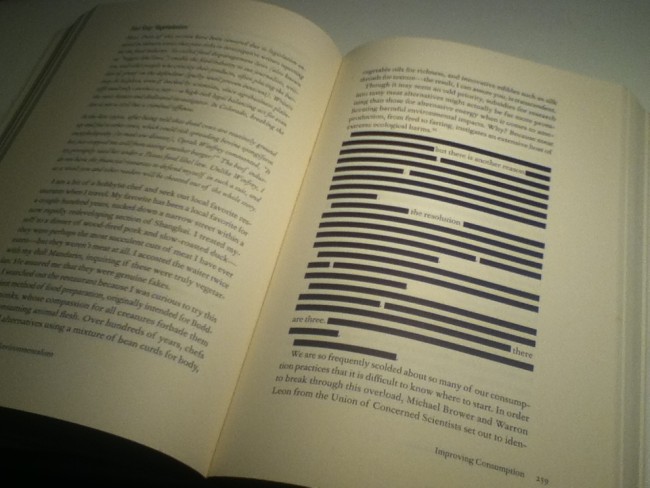 You might indeed be tempted to initially think it to be a comedy sketch, but apparently there are words so terrifying that the Iranian minister of culture has decided to ban them, for example the word “wine”, or at least that is what the Telegraph claims …

Iran’s culture ministry has decided to censor the use of the word “wine” and the names of “foreign animals” and dignitaries from any books published in the Islamic Republic.

The new rules are designed to protect Iranians from what the regime calls a “cultural onslaught” by the West.

Mohammad Selgi, the head of book publishing at the ministry of culture and Islamic guidance, said: “When new books are registered with us, our staff first have to read them page by page to make sure whether they require any editorial changes in line with promoting the principles of the Islamic revolution, effectively confronting the Western cultural onslaught and censoring any insult against the prophets.”

Mr Selgi added: “Words like wine and the names of foreign animals and pets, as well as names of certain foreign presidents are also banned under the new restricting regulations.”

Personally I find that censorship of the word “wine” to be a rather odd choice indeed and that perhaps the deployment of a well-known anglo saxon phrase might have garnered more attention. The specific phrase I have in mind is one that this edict inspires and is a two-word please of which the second word is “off” (I shall leave it up to you to work out the first word there).

The ever so slight flaw here

Have you spotted the little problem with this pronouncement (assuming the story is real and that it is not satire)?

OK, it is this, if you ban the word “wine” from being published, then how exactly do you announce that? You can’t issue a pamphlet because that would then be banned. The papers can’t write a story about it because the articles telling you about the banned words would then be banned, and so it can only leave you wondering if they have thought this through at all.

Is This Censorship real or is it all a spoof?

My initial reaction, was to consider the idea that the Telegraph was being trolled, and since they appeared to be the primary article that most others were quoting then that would appear to a distinct possibility… but …

… the BBC Persian website reports the story in Persian (hint Google Translate is your friend), and they even has a picture of Mr Selgi, so it would indeed appear to be probably true, and that quite frankly makes it even funnier, because apparently they are dead serious about this.

So has the BBC also been trolled?

Nope, because the Iranian Ministry Of Culture & Islamic Guidance is quite real. There they proudly explain that Freedom of Speech is important, and as evidence of this “Freedom” they have licensed 4,000 books for publication. If indeed they truly believe in Freedom of speech, then why the need for a license to publish? Perhaps because they consider publishing a book to be a rather dangerous thing to do, but them Salman Rushdie can perhaps confirm that it is indeed exactly that within an Iranian context.

OK, a bit more fun. Translate The BBC Persian website Report with Google Translate, and you find some further gems such as this (one that did not make the cut within the Telegraph story) …

One great benefit that religious belief often delivers in abundance to humanity is a constant stream utterly absurd things that the rest of us can laugh at.

Interestingly enough, I also note that Mr Solgi advises that is is not just about filtering new books …

He also said that the book will be published a few years ago and is still on the market that may need to be re-evaluated if the content is contrary to the law, will be collected.

… in other words if there is a book that is already in circulation that contains banned words such as “wine”, then they will remove it. Now let’s see … humm … a book in circulation that mentions the word “wine”, oh yes I know of one, the Qu’ran. I think I better report it so that they can sort that out by taking it out of circulation.

1 thought on “Is Iran really censoring “Wine” and other words?”