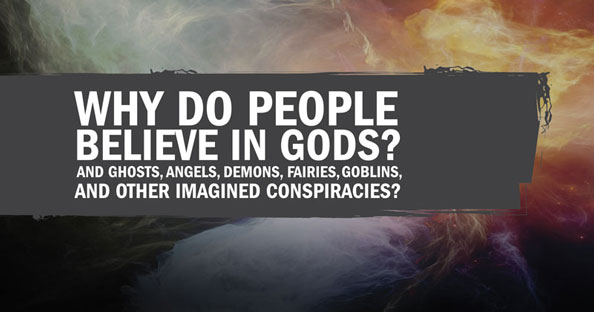 An article by Will M. Gervais and Ara Norenzayan that was published in Science back in 2012 suggested that Analytic Thinking Promotes Religious Disbelief, and if curious to see the precise details of that paper then you will find the full PDF for it here.

So let’s dig into this a bit and see what it is all about.

It is interesting because normally when thinking about religion, the question being asked is “Why do people believe?”. This turns that question around and looks at it from a different viewpoint, “Why do specific people not believe, why are they different?”. Their hypothesis was that Analytic Thinking tended to increase the degree of religious disbelief and so they set out to study that, then wrote up the results in the paper above.

Here are three questions, take a moment to have a go at each, note down your answers, and then read on …

No cheating now, have a go and then come back here.

OK, so there are two ways of looking at the above. The first is the rapid intuitive approach and for that the answers to the above would be 10, 100 and 24. However, the slower more analytic approach would yield the not quite so obvious answers of 5, 5 and 47 (which are actually the correct answers, details below if not sure about that).

(This is not a binary hard and fast test, but rather is simply a pointer to how you might potentially lean because of the way you think).

Basically the results they got confirmed the hypothesis that they were testing, those going for the initiative answers did indeed generally tend to be religious (precise stats are in the pdf I linked to).

For the second study they used visual images to trigger analytic thinking and then measured the impact of that, and once again they detected a measurable effect.

For these they went for even subtler manipulations than the visual one in Study 2 to trigger analytic thinking without the participants’ being aware, and yes you guessed it, they found similar results.

Back to those questions

If you are struggling with the three questions, then here are the answers in a bit more detail …

… and yes, if not familiar with those questions then you do indeed need to pause and carefully think about it.

So what do we actually learn here?

Is it a suggestion that religious people are stupid?

No, not at all, that is not the takeaway here at all, and so while that might indeed be an intuitive answer it is not an analytical one because the degree of human intelligence within any individual does not generally predict a religious belief or lack of one. We all apply both modes of thinking to various degrees. Often we make very rapid intuitive leaps, and at other times we pause and carefully analyse things step by step. The world we live in denies us the time to conduct a slow methodological analysis of everything and so the intuitive process is a useful and very practical means for functioning. In other words we all generally use both, but may have a tendency for one to be more dominant than the other, and so if we do often lean more towards the intuitive approach, and do not then later deploy analytical thinking as time permits then we will be prone to coming to conclusions that may often be wrong.

“In religion and politics people’s beliefs and convictions are in almost every case gotten at second-hand, and without examination, from authorities who have not themselves examined the questions at issue but have taken them at second-hand from other non-examiners, whose opinions about them were not worth a brass farthing.”

Even if we do right now lean one way that is not a cold hard resolution to it all, for we can all learn, and start to apply more analytical thinking to things we would previously just accept.