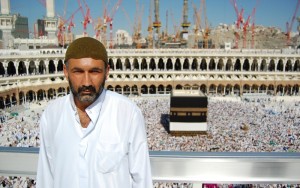 The official position within most variations of the Abrahamic beliefs (Islam, Christianity, and Judaism), is that being gay is wrong and evil and so is also often deemed to be a lifestyle choice. This creates a huge conflict within many humans because it is not a choice, there are humans who have a different sexual orientation, and so when immersed within a cultural tradition that dictates that your very nature is wrong, then they need to somehow resolve this.

First a few side thoughts, why is it like this, why are the Abrahamic beliefs so hostile to people who are gay?

We can skip over the “Because god says so” assertions, because clearly the books that contain the “god says” assertions are simply records of the belief systems that resided within the minds of the humans that wrote them and are clearly wholly aligned with what we might expect humans to have known. If indeed a supernatural entity was whispering in ears then there would be evidence of information that clearly came from a non-human source, but there is none. So why such hostility then?

The beliefs that thrive today are the beliefs that offer those that embrace them a distinct survival advantage, and so it is perhaps natural that such beliefs would be naturally selected to be hostile to gay people. When competing with different conflicting beliefs around you, if you embrace a belief that enables you to simply outbreed the alternatives, then you have a distinct survival advantage. For a similar reason, we also observe that the most popular form of Christianity, Catholicism, bans all forms of contraception. None of that tells us anything about the things that are actually true or moral, but rather explains why such beliefs have emerged.

So how do people today who are gay, and yet also deeply religious, resolve the conflict between their cultural belief, and the reality of their nature?

Parvez Sharma is a Muslim film maker from New York who went went on a Pilgrimage to Mecca with some huge secrets and rather a lot of fear packed into his baggage – he is gay.

What is fascinating out his journey is that he recorded it all and turned it into a documentary, and that is a truly brave step to have taken because Mecca is in Saudi Arabia, a nation that has the penalty of Death for those that are gay.

It is a story of his own inner struggle, the hostility of his belief towards himself.

The above is only a trailer for the movie, so we still have to wait to see it all (it comes out in April), but for now there is a fascinating article about it all on The Daily Beast.

Sharma chose to make his pilgrimage with other outsiders, even though he’s not technically one of them. He is a Sunni Muslim, but joins the minority Shia pilgrims, who are outliers in Saudi Arabia. He told no one of his filmmaking quest, but revealed his sexual orientation to another pilgrim, an American who’d made the journey with his wife and mother-in-law.

Now there rests the core question …

“All Muslims arrive in Mecca already sinners. If you complete your hajj in the mandated way you are absolved of all sins and you get this one-way ticket to heaven. He assumed he’d be getting that ticket, but wasn’t sure. I assumed I would get that, but wasn’t sure either,” Sharma says of the synchronicity. “Believe me: Meeting him was not an accident.”

.. he captures a man describing participation in an honor killing of his brother’s wife in Pakistan. He’d come to Mecca to be cleansed of the act that haunted him. That man, a killer, was seeking forgiveness, just as Sharma was. And who of them was the bigger sinner, in a world where many countries legalize honor killings but forbid homosexuality?

We can’t maintain and live with the internal conflict, so the belief, if it is to survive, needs to offer a resolution, and this is indeed what the trip is really all about, and why so many are motivated to go. Tick the Haji box and you potentially get that resolution, an absolution for the things within yourself that Islam condemns.

It is a false hope, a resolution that is not really a resolution except perhaps within the minds of those that need to retain the belief, and so it enables those that believe to embrace the illusion that the conflict is resolved.

The popularity of the trip to Mecca is not an affirmation of the truth of the belief itself, but rather is a reflection of the desperate need for a resolution between the strict edicts and demands of Islam, and the reality of who we really are inside. Belief generally installs a heavy load of guilt (nobody actually prays five times a day every day), and then offers an escape from that guilt, to those that are prepared to invest in the belief even more deeply by making the trip.

The Wavering of Faith

Can belief truly thrive and remain intact with such a conflict?

“I need evidence that my faith is strong enough to survive this journey,” he says early on in the film. But soon, he’s wavering.

“If anything my faith seems to disappear in this very place,”

The movie will be first shown at Hot Docs in Toronto in late April in a few weeks, and then after that circulate through various other film festivals worldwide. He announced it all on 18th March and as might be expected, has already received many hate letters, and yet …

his last film circulated widely in Saudi Arabia’s underground, and he’s certain there are Saudis waiting for the next spotlight to be shone on homosexuality in the Muslim world. They’re in the closet, and he is not.

For him the exposure was temporary. For them, it’s a constant pendulum between life and death.

… and so this internal conflict is not a burden he carries alone, many others, if not most, feel it as well.

When faced with the intolerance, homophobia, violence, misogyney and murder inspired and motivated by Islam, it may indeed be tempting to let hate take root, and while it may indeed be not just appropriate but also ethical and moral to hate the bad ideas that drive all that, we should never permit that to ever evolve into a hatred for people, for they are all victims, and for them, especially when we find stories such as the one being told by Mr Sharma, we should always retain compassion and empathy.