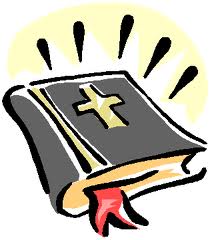 Have you even been tempted to check out some of the reviews on Amazon UK for the Bible? … well you should … because nestled among all the folks who take themselves far too seriously are some who truly do have a delicious sense of humor. Finding the following little gems was truly enough to make the journey through the rest of the pointless babbling well worth it,  … enjoy …

There’s a nice bit in the middle (see Act 2 – ‘The New Testament)’ about a guy who wants everyone to be nice to each other, but the author kills him off too quickly and the message his character was communicating gets lost. …. There’s also a lot of homophobia and atheophobia throughout, but most people are aware of that so I won’t go into detail. Just don’t give it to your children – I’d recommend a 15 rating on this.

At one point though, the main character does attempt to perform a rather gruesome self-sacrifice by masquerading as one of his own creations, this time called Jesus, the character a blatant rip-off of Neo from The Matrix. Instead, though, we are treated to the main character forcing himself to undergo very sado-masochistic treatment, rather similar to the movie ‘Salo’, leaving us only to question the author’s intentions of including so many unnecessary penny-dreadful horror moments.

The book took a while to really get going (about three thousand years) due to the main character not putting in an appearance until half way through but boy does it heat up once JC is on the scene. From the wacky feeding of the five thousand through to the tear jerking resurrection, this delightful fantasy will entrance you.

This was so disappointing…not the best book he has ever written. The ending was not very satisfying and it took a lot of effort to make myself finish the book. I was soooo bored…the plot is not cohesive and the narrative is poorly constructed. There are no literary devices employed to good measure. Don’t bother reading this!

This book doesn’t work. I’ve tried the “praying” method to get a new Porsche 991 delivered but to no avail. There’s nothing in the instructions about not wanting German sports cars but I tried praying for less ambitious things. I gave up when it didn’t even get me a Big Mac. In the early part there’s a bit about people crossing the desert and being sustained by manna from heaven, so you’d think that it would be able to manage at least a hamburger. I’m disappointed and will contact the publisher. In the meantime I can’t recommend this book as it is clearly faulty.

For those who like supernatural/fantasy stories this may be a good read but I found it rather slow and hard going. Think this is a sequel because the character Jesus also turns up in the Da Vinci Code. Confusing ending (bit like the Matrix).