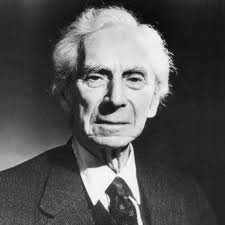 “Truth is a shining goddess, always veiled, always distant, never wholly approachable, but worthy of all the devotion of which the human spirit is capable.” – Bertrand Russell

Now, are you tempted to think, “Who?”. OK, for those who have no idea who Mr Russell is, let you give you a brief outline. He is a famous UK philosopher, (born 1872), but is also widely recognised as a logician, mathematician, historian, pacifist, and social critic. OK, so far, so what? … Well he is recognized as one of the founders of analytical philosophy. That’s a style of philosophy that came to dominate English-speaking countries in the 20th century, if you pop your head around the door of most university philosophy departments and ask, you will find that they self-identify as “analytic” departments. That’s so not clear, so let me de-mistify that a bit more, I guess you can view it as clarity, formal logic, a respect for natural sciences … in other words … common sense and ordinary language … so that very much puts him into the skeptical domain.

Did he actually do anything or was he simply a thinker? … He was far more than just a thinker, he also very outspoken. In fact, Russell went to prison for his pacifist activism during World War I. Later, he campaigned against Adolf Hitler, then criticised Stalinist totalitarianism, attacked the United States of America’s involvement in the Vietnam War, and finally became an outspoken proponent of nuclear disarmament. Oh yes, and lest I forget, was awarded the Nobel Prize in Literature, “in recognition of his varied and significant writings in which he champions humanitarian ideals and freedom of thought.”. 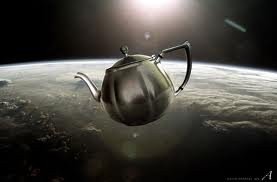 Now, what may also be of interest is that this is the tea-pot man. In an article titled “Is There a God?”  Russell wrote:

If I were to suggest that between the Earth and Mars there is a china teapot revolving about the sun in an elliptical orbit, nobody would be able to disprove my assertion provided I were careful to add that the teapot is too small to be revealed even by our most powerful telescopes. But if I were to go on to say that, since my assertion cannot be disproved, it is an intolerable presumption on the part of human reason to doubt it, I should rightly be thought to be talking nonsense. If, however, the existence of such a teapot were affirmed in ancient books, taught as the sacred truth every Sunday, and instilled into the minds of children at school, hesitation to believe in its existence would become a mark of eccentricity and entitle the doubter to the attentions of the psychiatrist in an enlightened age or of the Inquisitor in an earlier time

So, today is Friday, its the end of the week, if you just happen to find yourself with a beverage in your hand at some point, then pause and raise a glass in a toast to this gentleman philosopher (and from my viewpoint skeptic and renowned atheist), who went to jail during world war I because he believed it was wrong to take up arms in an imperialist unjust war … in many ways he truly was a skeptics skeptic.