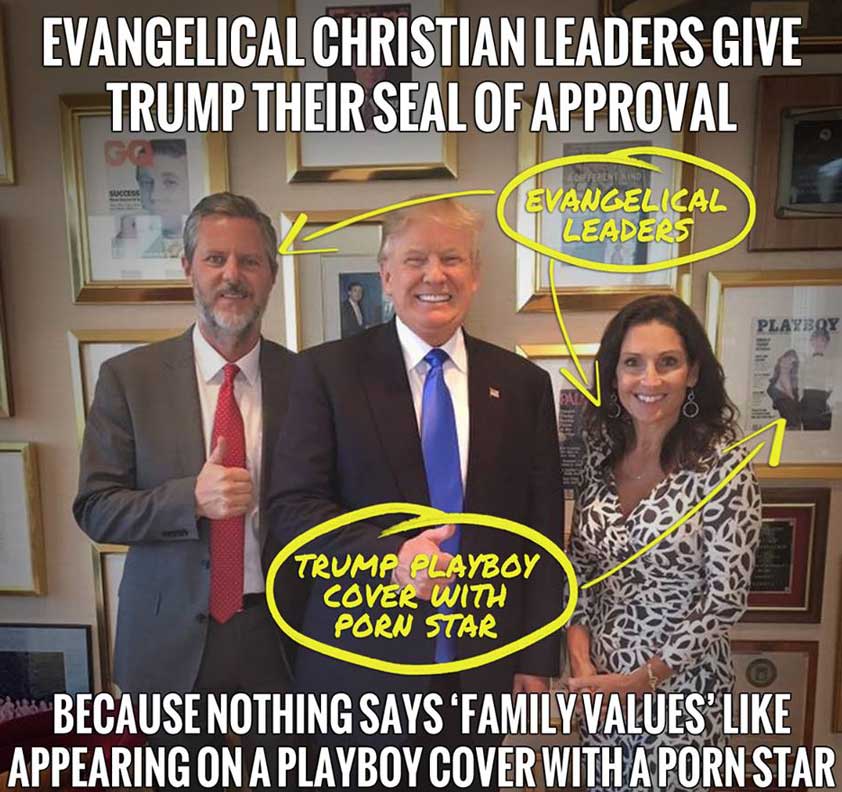 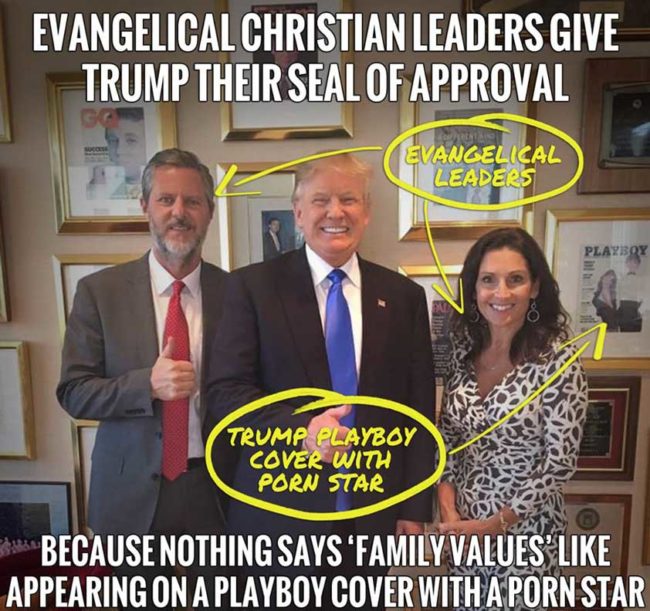 The Too Long, Didn’t Read (TL;DR;) answer to that question is no.

About 50 top leaders of major evangelical institutions will attend an invitation-only gathering next week to discuss the future and the “soul” of evangelicalism at a time when many of them are concerned their faith group has become tainted by its association with divisive politics under President Trump.

… Nonetheless, the president will be the “elephant in the room,” he said, because under his leadership the term “evangelical” has become negatively associated in the minds of many Americans with regard to topics such as racism and nationalism.

… “grotesque caricature” .. well no not really, it is more akin to an observational based reality.

What Happens at this meeting is Irrelevant

The issue is not the stance taken by just 50 leaders within the movement, instead it is the observation that the vast majority happily and vigorously support Trump. To quote Five-Thirty-Eight …

the GOP nominee won about 80 percent of the white evangelical vote in 2016 even though he’d been through two divorces, was accused of sexual assault and struggled to speak about the Bible coherently.

Now in office, conservative Christian leaders are strongly backing the president, even at times when almost no one else will. Jerry Falwell Jr., the president of evangelical Liberty University, defended Trump’s controversial comments in the wake of the violent white nationalist rally in Charlottesville, Virginia. Amid allegations that Trump had an extramarital affair, Franklin Graham, Billy Graham’s son and head of the non-profit Samaritan’s Purse, downplayed the controversy.

In a recent New York Times op-ed, David Brody of the Christian Broadcasting Network cast Trump as God’s gift to evangelical Christians, arguing, “The Bible is replete with examples of flawed individuals being used to accomplish God’s will.”

A Pew survey from December found that 61 percent of white evangelicals approved of Trump’s job performance,2 compared to 32 percent of voters overall. (This was a substantial decline from Trump’s 78 percent approval among white evangelicals in February 2017, but they are are still one of the most pro-Trump blocs in the electorate.)

The Problem is Not Trump, it’s them

Support for Trump is simply an incarnation of who they actually are. This has existed long before the evangelical troops rallied to the Trump banner. The Friendly Atheist, Hemant Mehta, points out in a blog posting …

We’re talking about people who are (by and large) known for their opposition to abortion rights, feminism, same-sex marriage, the very existence of transgender people, science education, comprehensive sex ed, and birth control. They believe there’s actually a War on Christmas. They think they’re the most persecuted religious group in the country. They think Satan is real but climate change isn’t.

There is also a Christian Left …

Not everyone subscribes to all of these positions, and there really is a large and growing Religious Left. But if we’re just talking stereotypes, white evangelicals had a reputation they couldn’t shake — and, frankly, deserved — long before Trump came on the scene.

Even in this meeting they will have a problem

Back in that Washington Post article I spotted this …

Those gathered will not necessarily oppose Trump and some may even be friendly to some of his policies, said Darrell Bock of Dallas Theological Seminary, who is also helping to organize the event.

In such a climate, what exactly will such a meeting achieve?

Under Obama, many of these leaders felt that their religious freedoms were under attack, feeling pressure primarily from the left. Now, Keller said, many of them feel under attack from those on the right if they support a more open immigration policy or foreign policy

Now they have jumped into bed with an individual who incarnates in his own behaviour and personal life stuff that is clearly the opposite of all the values they claim (but don’t actually practise).

The goal for this meeting is to attempt to take the politics out of the mix, but given this pattern of behaviour over decades it is rather clear that their stance is very much a right-wing political and racial one that is driven by their own deep insecurities.

For thousands of years those that believe have been warning that one day the anti-christ would rise up and take power. When he finally shows up they all voted for him.

Meanwhile the number of nones in the US is now about a quarter of the population. This is very much because the very best argument against organised religion has not come from the non-religious, but instead has been articulated by the behaviour of the religious.