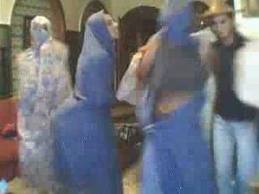 The latest news is what we have now come to expect from the religious lunatics within Afghanistan, 17 people including two woman have been beheaded in a southern Afghanistan village …

The party-goers, including two women, were holding a gathering with music in a southern Afghanistan village. “I can confirm that this is the work of the Taliban,” the Helmand provincial governor’s spokesman Daud Ahmadi told AFP.

“Two women and 15 men were beheaded. They were partying with music in an area under the control of the Taliban.” The hardliners were notorious during their rule for public executions and the suppression of music and parties. Nematullah Khan, the Musa Qala district chief, confirmed that the villagers had organised a party with music, and a local official said he suspected that the two women had been dancing.

It always strikes me as truly bizarre to find that for these religious lunatics, the concept of what is and is not good and moral has been completely f***ed up ..

Least you wonder, we are not even talking risque Madonna (that would perhaps push the religious nutters into a complete coronary), but instead it is simply a traditional local gypsy-type tribal format.

What is truly worrying is that this is all an echo of what the Taliban regime was once like … the mindset that once prevailed is still lurking there, the small minority of religious thugs is biding their time and waiting for the day when they can once again try to impose by force and terror their truly bizarre and utterly outrageous and completely insane beliefs.

What is truly sad is that even with the current non Taliban regime in place, Afghanistan remains one of the worst places on Earth to be a woman. While it is currently true that in Kabul women can be seen driving cars and engaging in other activities that they would have previously been banned from participating in, In March 2012, President Hamid Karzai endorsed a “code of conduct” which was issued by the Ulema Council. Some of the rules state that “women should not travel without a male guardian and should not mingle with strange men in places such as schools, markets and offices.” Karzai said that the rules were in line with Islamic law and that the code of conduct was written in consultation with Afghan women’s group.” This is of course an outright lie, no woman’s groups have actually stepped forward to endorse this.

Least you wonder, this code …

It’s a political move of course, Karzai is setting things up so that he can get into bed with the Taliban. He can see a day coming when the US will be gone and so needs to prepare for it. The price to be paid by him for doing so is to sacrifice civil rights upon the altar of his political ambitions, and so the future looks truly bleak.