The Christian Times reports on the rather bizarre proposal made recently by Church of England Bishop, Tom Wright. He completely rejects any secular ideals and would very much like to see everything rolled back into a pre-enlightened era where the church and the state are one and the same …

“The Gospels tell the story of how the cross wins the victory of the kingdom, the messianic kingdom. Of how the kingdom came and comes not like the manner of earthly kingdoms but in a different way altogether,” Wright said, calling for a ‘cruciform theocracy’ and rejecting the post-enlightenment division of church and state.

Ah yes, the dark ages (the hint is in the name) and of course we all look back with longing on those happy go-lucky jolly times.

There really is a huge disconnect here between reality and his thinking. For example, as he develops his argument this snippet pops up …

To illustrate, Wright suggested that if you asked a member of the public “what Jesus had to say into today’s world” they would be likely to quote Mark 12:17, suggesting a great divide between church and politics.

Er no, that is not the answer you would get if you asked a member of the public … seriously … that really is not, because we live in a nation where 73% do not consider religion to be of any importance at all.

Just to be clear, this guy really is advocating that we should have a theocratic dictatorship …

Wright said “[Jesus] was not preaching a new ‘religion’ nor was he telling people the secret of how to get to heaven after he died. Not about how we can get to heaven, but about how heaven’s rule can come to earth.

…”He came to institute God’s rule on earth, theocracy.”

So how do I feel about his stance?

This perhaps sums it all up for me … 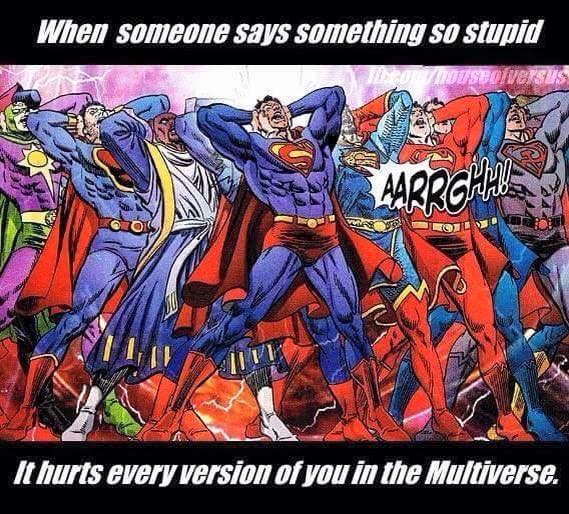 There is a small punchline here

In the UK we live in a democracy and do not permit religious clerics to rule our lives as they do in places such as Iran or Saudi Arabia … right?

Actually no, that is not strictly true at all.

Point out the above, and words such as “ceremonial” are offered up in sacrifice to appease you, but that is not an appropriate response, because we do need a truly independent elected head of state with teeth that can defend our democratic interests and not simply act as a silent puppet of the currently elected Government ministers.

We should also remember that we have sitting in the House of Lords, 26 unelected Bishops to rule over us all.

Yes, things are the way they are for historical reasons, but we really can do far better and should not permit historical sentiment to impede progress.

I do of course also recognise that in the short term not much will really change and that my views might indeed put me in a minority. Luckily that is a sword that swings both ways, because I also do not anticipate the views of Bishop Tom gaining much traction beyond his immediate and (hopefully) rather small sphere of political influence. He once was the Bishop of Durham and so he did indeed have one of those seats in the House of Lords, but luckily has now retired from that role.