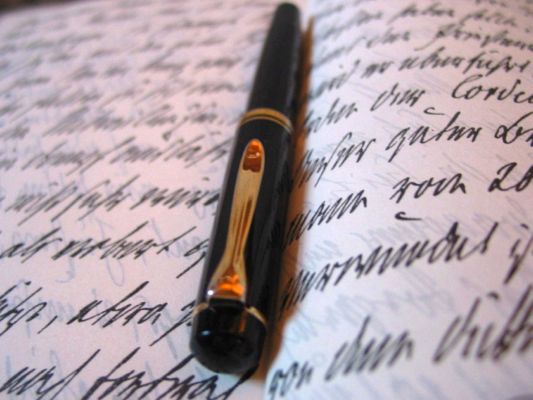 Well yes, it is another daft letter written to a paper by a believer, and so while we go though this I have to warn that you will not be informed, but you just might potentially be entertained.

Avoiding God is no easy task. Many people who try it fail. It takes effort. It calls for constant vigilance. As C. S. Lewis, reminiscing about his days as an atheist, put it, “Really, a young Atheist cannot guard his faith too carefully. Dangers lie in wait for him on every side.”

Given the rising tide of nones, clearly rather a lot of people are failing at failing, and also I do feel obliged to add the observation that avoiding non-existent entities is not exactly a challenging task (Oh look its Zeus, quick, duck and hide). As for the observation of Dangers being on every side, yes indeed, but we don’t use the term “danger” and much prefer terms such as “education”, “reason”, and “critical-thinking”.

The critical first step is to avoid thinking deeply about anything. Contemplation is a dangerous path. It leads people to God before they knows what’s happening. Don’t let your mind stray down the corridors of history or literature. Don’t search for meaning or truth.

… writes a chap who does not actually have any credible evidence for the things he believes to be true, or for the claims he asserts.

So the above leaves me wondering how it is possible for those that don’t believe (and supposedly don’t think deeply or contemplate or study history, or literature, or search for meaning or truth), end up doing far better in polls than that religious do on questions regarding religious knowledge. Also note that I can cite actual evidence, which is a rather stark contrast to the letter.

In reality, it has been my personal experience and observation that thinking is in many circles very much frowned upon, I’ve even personally seen well-respected church elders warn people against the dangers of sending their kids to university. The very essence of belief is that just believing without any evidence or thinking is deemed to be a virtue, and daring to doubt and think (as in doubting Thomas) is something to be discouraged.

Along with that, don’t read books … just don’t do it. Assume that all books are boring and that you already know and have heard everything worth knowing and hearing. Even fiction can be dangerous, because it so often portrays courageous, loyal and admirable people. That kind of thing could lead to self-examination, which is deadly.

… Above all, avoid the Bible. God is known to haunt that book. He shows up at the turn of every new page. If you can’t avoid exposure to the Bible, at least don’t spend any time reflecting on what it says, even for the purpose of refuting it. It is the most dangerous of books, a net that has caught many an unsuspecting skeptic.

Meanwhile back in our reality and away from Narnia many atheists, the folks who do not believe, do encourage people to read the bible.

… and over in the supposedly open-book camp, you often find various campaigns to ban books.

If you must use fiction for entertainment,

better stick to the movies, especially the ones that glorify romance or extol combat skills. Or better yet, choose ones (they’re easy to find) that spend two hours on perverted humor, especially the kind that constantly humiliates others.

Is he seriously suggesting that watching a movie is bad, or that any form of entertainment that involves “fiction” is bad?

Make use of any and all distractions. Always have the TV or radio on. Check your Facebook page every few minutes. Text incessantly. Keep your phone with you at all times. Whatever your do, avoid silence. If you are quiet for even a moment, something might get through. You might hear God speaking.

I get that people do indeed spend time in silence and talk to god, it is part of our culture, and also is a  way in which some can indeed psychologically gain control of things that are in reality way beyond their control. However, if you are hearing voices in your head, you need help (seriously – Hearing voices is a common symptom of severe mental illnesses such as schizophrenia).

Chatter is helpful, but avoid real conversations with people. Keep it light and surface-level. Don’t talk about anything that requires thought. Stick to the weather, sports and clothes.

… hummm, let’s see, talk about things that don’t require thought … such as the bible, or jesus perhaps.

Enjoy yourself, but be sure to focus on your subjective experience of enjoyment, and not on the things you enjoy. To do otherwise might elicit thankfulness — and you know where that leads.

But hey, how do we then thank god for making us atheists?

Do your best to stay away from real Christians.

What exactly is a “real” Christian and how do you identify them? From the viewpoint of every single variation of Christian belief, each would deem themselves to be the “real” one, and assert that all the others are wrong.

Don’t talk to them and don’t spend time with them. Spending time with irreligious people is good, but hanging out with people who say they are Christians but are not is even better. You are far less likely to stumble onto God while talking to a religious phony than you are talking to a convinced atheist. Don’t take chances.

Actually, this tends to happen quite naturally. Folks who wear Jesus on their sleeve and promote him to every single human they encounter tend to loose all their non-believing friends rather rapidly. Generally people hang out with the people they enjoy being with, belief or lack of belief plays no part in that, and so those that excel at being weird will tend to get filtered out.

If doubts or questions arise, run. Whatever you do, don’t face them. Honest doubts cause people to think about what they believe and, as has already been established, thinking is dangerous. Never ask questions about God or religion, not even insincere ones. If you don’t ask questions, you won’t have to listen to answers — some of which are surprisingly compelling.

I look forward to some of these “compelling” answers, if you have any, then please do post some as a comment.

So there you go then, guidance from a Christian on how to avoid god … don’t read, don’t think, don’t discuss it, avoid the topic … very much the complete inverse of the actual behaviour of almost every single non-believer on the entire planet.

It strikes me that this is actually an article that is not designed to reach out to those that do not believe, but rather is designed to rather dishonestly craft the illusion to those that do, that they have reason and evidence on their side, when in reality they don’t.