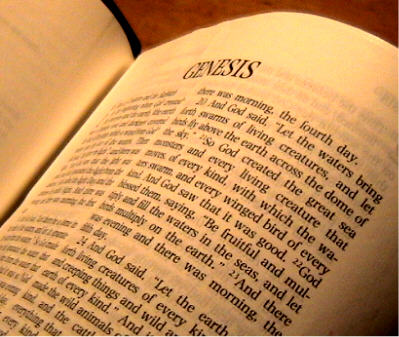 Today the BBC has reported that a Bible Society survey has found that many people don’t know the Bible.

OK, I get that, we live in a post-belief age, so that’s not such a bad thing in many ways.

Ah but wait … they also report

“Many of the parents who responded saw the Bible as a source of good values for their children.”.

Well gosh, they really do not know their bible.

This source of “good values” contains the following ..

So is there any weird stuff in the Bible?

David wants to marry Saul’s daughter Michal and offers Saul anything he wants to let him marry her. What could Saul possibly want? Well, Saul wants foreskins – 100 to be exact. Huh, why? So anyway, David goes out and kills 200 men, then collects their foreskins (ugh), oh but he only needs 100. Never mind, Saul is delighted with the 200 (what does he then do with them?), and so David gets his girl.

Balaam starts beating his Donkey when suddenly the Donkey turns and asks why? Now what is truly odd is that Balaam does not appear to think it in any way strange that his Donkey can talk, but instead engages in a lengthy dialog with it. You do believe that Donkeys can talk … yes?

Jacob has some plain-coloured cattle which he is not happy about because he wants striped ones, so he gets some sticks, paints stripes on them, and then plants them next to his cattle. The idea is that if he gets his cattle to look at the striped sticks while copulating, then they will give birth to striped calfs. Guess what … it works … and yet clearly this is not how reality works at all, so yes it’s just a story and not something we should be expected to actually believe – well that is true for the rest of the bible as well.

Now here is a story of a man and his concubine, who when wandering the streets decide to seek shelter for the night, and find a man kind enough to let them stay. That night however, a group of men turn up at the door and demand to see the guest so that they may have sex with him (yes … him … not her) The owner is unwilling to let his male lodger be raped and so offers up his virgin daughter instead (and this is good moral guidance … raping your guest, that’s bad, but raping his daughter is just fine!). It turns out that this is not an acceptable offer either, so he then offers his guest’s concubine and that’s fine, they have a deal. The men then proceed to brutally rape the woman and leave her on the doorstep where she bleeds to death. When her body is found the next day, they chop it up into twelve pieces and send one part to each of the twelve tribes of Israel.

Now I don’t know about you, but I don’t recall hearing any of these tales in sunday school – I wonder why.

I’m not suggesting we ban the bible, that’s not my point here at all

Please don’t misunderstand me, because I’m not suggesting that there should be no exposure to the bible. In fact, I wholly endorse the complete opposite and would encourage all to read it without the religious filters that tend to simply cherry-pick the nice bits and ignore the rest. The book, or to be more accurate, the collection of books that we now know as the bible (it was written over a very long timespan by many different people with quite distinctly different agendas) has had, and perhaps in many ways continues to have, a profound impact upon our culture, so it should not be ignored.

We have an immensely valuable heritage of literature, and this book is one part of all that, and so it should continue to be part of it.

Where I do of course quibble is with the assertion that it is a source of “good moral values”, because if you read it, then it becomes clear that it is not a factually true claim at all. So just as you can read the Iliad, and both enjoy and appreciate it, you can also read the bible in the same manner – all of it. However, if you then proceeded to use it as a code of ethics, then perhaps some concern should be raised, because many of the values in it are quite frankly repugnant, but of course our values do not come not from ancient books, but rather from our empathy, and our ability to reason and apply that empathy. Even those who assert that the bible is their moral code would agree that slavery is wrong, so clearly the claim that a pro-slavery book is the source of their morals is not actually true at all.

Please do go read it and find out what it really says, warts and all, and not just the nice bits, because the very best way to nurture disbelief is to gain an understanding of what you are actually being asked to both believe and do.

Additionally, if you do read then you will soon discover that there are many sections that consist of nothing but page after page of “so-and-so begat so-and-so” and thus is great bedtime reading – it will very rapidly put you to sleep. To get around that, Readers Digest did a condensed version and left all the begats out, but then I note that the bit at the end that reads, “And if any man shall take away from the words of the book of this prophecy, God shall take away his part out of the book of life” (Rev 22:19) … well RD also decided to leave that bit out of their condensed version as well.