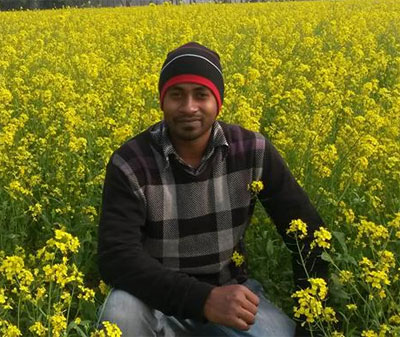 A couple of weeks ago in Dhaka, Bangladesh law student Nazimuddin Samad (pictured above), 28, was walking down a busy street near Jagannath University where he studied when suddenly he was surrounded by a gang of religious thugs who had been waiting specifically for him. They then proceeded to hack at his head with a machete, then when he fell, shot him with a pistol to ensure he did not survive. The “crime” with which these delusional fanatics had self-appointed themselves as his judge, jury and executioner, was his willingness and courage to openly criticise the facist Islamists. His murder is a confirmation that the criticism he deployed was wholly warranted and appropriate.

“Well he was asking for it”

The latest update on all this is that Victim blaming appears to be the formal response of the government within Bangladesh. CNN reports …

One would expect in a civilized world to see the government stand up for the rights of its people and unify the country against this kind of violence based on religion. But that’s not what has happened. Rather than condemn the killers, Home Minister Asaduzzaman Khan scolded the victims, telling CNN: “The bloggers, they should control their writing. Our country is a secular state. … I want to say that people should be careful not to hurt anyone by writing anything — hurt any religion, any people’s beliefs, any religious leaders.”

That is quite frankly absurdity on steroids because it is not simply a wholly inappropriate response, it gives credence to the belief that nobody should dare to openly criticise the religious within Bangladesh least they take offence and respond violently.

Let’s be wholly clear here, freedom of speech is not just a universal human right but is also a part of the constitution of Bangladesh, yet that is now being ignored by Home Minister Asaduzzaman Khan. As a reminder, he boldly asserted, not just in private, but as a formal response to a question posed by an International media organisation …

“The bloggers, they should control their writing, Our country is a secular state… I want to say that people should be careful not to hurt anyone by writing anything — hurt any religion, any people’s beliefs, any religious leaders.”

What is not a human right is avoidance of hurt feelings, and yet if the Home Minister is to be taken seriously, then what he is suggesting is that offending somebody is a sufficient justification for murder. I should perhaps add that he is not pioneering anything here at all, the reaction of some western media outlets to very similar attacks such as Charlie Hebdo has been a similar claim. For example here is a writer in the UKs Guardian taking this stance, and here also is a writer in the New Statesman taking this stance.

To blame the victims is to in essence nurture a storm of violence because it endorses a claim that the crime of “being offended” merits a violent response. Once you start down that path then where exactly does it stop, and given the vastly diverse and conflicting variations of belief within Islam alone, who then gets to decide what is and is not “offensive” without recourse to violence. In fact has not the past 1400 years been one long perpetual and very violent struggle between competing variations of Islamic belief.

Such “crimes” put everybody at the mercy of whatever absurd whims that the religious extremists can dream up, and that is a path that leads to an inevitable religious dictatorship where everybody must fall in line with one specific variation of belief or suffer the consequences, and then be drummed in to fight against other competing variations of belief. Is this truly the direction that the government in Bangladesh wishes to go in? Unless that take a stance against this, then that is precisely where this leads to.

Our own history is littered with centuries of bloody strive motivated and driven by competing variations of Christian belief and it was only when we managed to tame those beliefs that we managed to stop repeating it all again and again, so perhaps our plea to our fellow humans is a plea to learn from our history that there is truly a better way.

Incidentally, this is not about belief vs non-belief, but rather is about the idea that we must decouple religion from politics. Merge belief with politics and you end up with a facist intolerant religious theocracy and that is incarnated today by Iran and Saudi Arabia who both vigorously complete and war by proxy with each other, but blend belief with secularism and you then tame the religious beast to such a degree that tolerance can then blossom and flourish.

Remember Nazimuddin Samad today, a victim of religious intolerance, and use this memory to motivate yourself to stand with him for a better world.