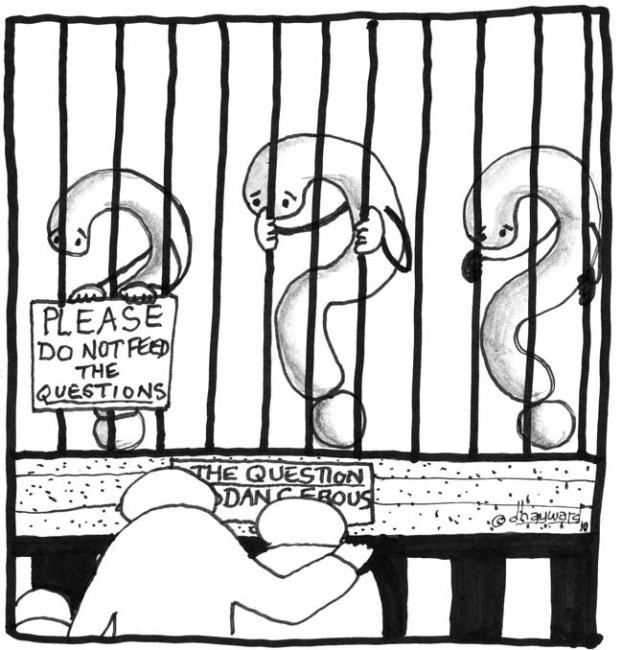 Christian apologist Joel Lurches has written a conversion story within the Examiner that I’ll take a quick peek at today. It basically concerns the conversion of a Norwegian Atheist and Feminist Nina Karin Monsen to Christian. A conversion story is of course one the primary means of Christian apologetics. It is never ever “Look, here is some evidence that confirms why my claim is true”, but rather is, “Here is somebody who converted, don’t you want to also convert just like they did?”.

Let us be abundantly clear here, strip away the fluff and under the covers it is simply a raw emotional appeal that attempts to tap into the human tendency to copy and emulate other humans.

So what is the actual story here with this lady?

It was something of a lonely childhood: full of frequent moves and ballet recitals. Nina coped with the isolation by doing a great deal of reading. She proved herself to be a bright girl who, by her account, was very obedient to her parents and never did anything wrong.

Nina left home when she was 19; a decision which deeply injured her mother, who didn’t want to release control of her daughter. The injury would never truly heal.

… her life then went in this direction …

In 1969 she became the first Norwegian woman with a Masters Degree in Philosophy. The next year she became one of the founders of Norway’s New Feminist Movement.

… and then over time her philosophy supposedly evolved into an acceptance of Christianity. Rooted in there is stuff that is quite seriously flawed, for example …

Monsen believes that the humanism which dominates the moral background of her country is bankrupt. She speaks from the experience of her own childhood. Reflecting on her upbringing she says that, with Humanism, there is no “sin,” and without sin, there is no forgiveness. Her mother went to her grave begrudging Monsen for leaving the home at age 19. The woman had no route to forgiveness. Monsen believes the ethics which Christianity provides would be a boon to her homeland.

Well yes, it might be asserted that she “believes” all that, but the evidence we have is that the least religious nations are the most peaceful and prosperous and the most religious and the lest prosperous and violent. Incidentally, when it comes to morals, if you dig behind the covers you find that her specific position – basically one that endorses homophobia and is opposed to pro-choice – is not exactly the high moral ground. As for the claim that “without sin, there is no forgiveness”, well that is quite frankly absurdity on steroids. Humans hurt other humans.  We make mistakes and then regret what happened, and also those that are hurt often see this and then forgive those that hurt them without any recourse to any specific religious motivation for doing any of this – in other words, no supernaturalism is required.

It is actually all a bit of a con job

It turns out that if you dig a bit into other sources, you find that she did not actually convert at all …

Since she was a little girl, she always believed that there is something spiritual, a creator, a soul. The parents thought it was superstition, but Nina Karin believe in God. She rarely goes to church and is not a member of the state church. She says she needs a community, a place where she can get to be a spiritual person. She will find it, when this is all over.

So basically the claim that an Atheist Humanist converted is actually BS, she has always believed even as a child. Converted to what exactly, she  does not actually attend any church, but instead adopted the thinking from an early age in order to fit into a community of belief.

Just to be clear, the intent here is not to specifically criticise Nina Karin Monsen, but rather it is a criticism of the apologetics being practised by Mr Lurches. There are two very basic issues …