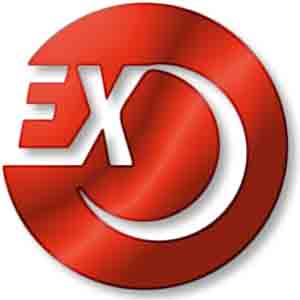 Phil Zuckerman, a professor of sociology and secular studies at Pitzer College, has written a truly fascinating article within “Psychology Today” entitled “Rejecting Islam“. He identifies that Islam is rather special in a rather negative sense …

Walking away from religion is seldom easy. It can be psychologically difficult to lose one’s faith in God, emotionally painful to doubt the existence of life after death, and existentially trying to come to terms with the fact that there is nothing supernatural out there: no magical realms, no paranormal powers, no divine beings. Just us, this planet, the universe, and the unavoidably mind-blowing mystery of it all.

However, when it comes to apostasy—the rejection of one’s religion—the personal loss of faith is actually often the least of one’s struggles. Much more worrying, awkward, and potentially damaging is the toll apostasy takes on one’s relationships with others. People who reject their religion often face strained relations—or worse— with spouses, parents, siblings, children, and friends. And this problem is particularly strong among contemporary Muslim communities(link is external).

This is no abstract concept, but rather is something he illustrates, and so we can see just how fundamentally morally wrong Islam truly is.

Consider Nubia, a young woman of Saudi and Sudanese background. When she told her mother that she had lost her faith, the news broke her mother’s heart: “She asked me, ‘Do you believe in God?’ I didn’t say anything. And she was really hurt and it was horrible. It just ended in tears. It was really, really bad. I’d never seen my mum cry in my entire life. She’s the strongest woman I know, so to see her cry over that was heart-breaking.” But it got worse. “She said at some point, ‘Well, you can leave the religion, but it would mean losing us’…so she’s like, ‘I don’t want anything to do with you, ‘you’re not my daughter’…she said if you decide to come out and tell everyone about it then I had better face the consequences, because the ruling on apostasy in shariah is death. If anyone decides to carry that out I won’t stop them. So it really hurt.”

Consider Aisha, of Somali parents. For her, it was her sister who reacted strongly: “She said that I shouldn’t be allowed near her children in case I indoctrinate them and turn them into atheists.” And then Aisha’s sister said, “You’re as bad as pedophile.”

Alia, whose family comes from Pakistan, faced total rejection from her parents in the wake of her apostasy. Her father said to her, “If you don’t want to come back to Islam, we can’t have you here.” He gave her one weekend to re-embrace Islam, and if she failed to, she would be kicked out of the house. Which is what happened.

One of the strongest human bonds is the maternal bond, and yet here is a belief system infecting human minds to such a degree that it disrupts that bond and creates the potential for a considerable degree of not simply unwarranted fear but actual harm. The idea persists and thrives in many different variations today, not because it is true, nor because it enhances the human experience, but rather because it instills a psychological trap within the human mind that utilises raw fear and threats to both persist and also spread.

The bottom line is this: One of the most basic human rights is freedom of thought. On 10 December 1948 in Paris, the General Assembly of the United Nations adopted and proclaimed the Universal Declaration of Human Rights (UDHR), and that has since been ratified by almost every single nation state on the planet. Article 18 reads …

Everyone has the right to freedom of thought, conscience and religion; this right includes freedom to change his religion or belief, and freedom, either alone or in community with others and in public or private, to manifest his religion or belief in teaching, practice, worship and observance.

It is in reality for most a moral choice, you can either embrace the Islamic concept of apostasy as the high moral ground, or embrace basic human rights (which includes the highlighted freedom to believe or not with no intimidation) as the high moral ground. What you don’t generally get to do is to choose both. For cultural and emotional reasons most remain paralysed and ensnared, but the isolation that previously prevailed is passing, and so for many with an unprecedented access to a new flow of information that is pouring into belief bubbles the spell is being broken, there is a rising tide of doubt, and there rests hope for a far better future.

If you are a Muslim that is having serious doubts, don’t know who to turn to for help, and are afraid of what might happen if you expressed your doubts or simply buried them and kept them secret, then be assured that there are ex-Muslims that you can reach out to for help, you are not alone:

It was written by Mr Rahman over the course of 8 years and details his reasons for leaving Islam & becoming an agnostic humanist, and is a comprehensive and objective study for Muslims seeking a fair & balanced analysis of traditionalist Islam; and for non-Muslims interested in gaining rarely found insights.