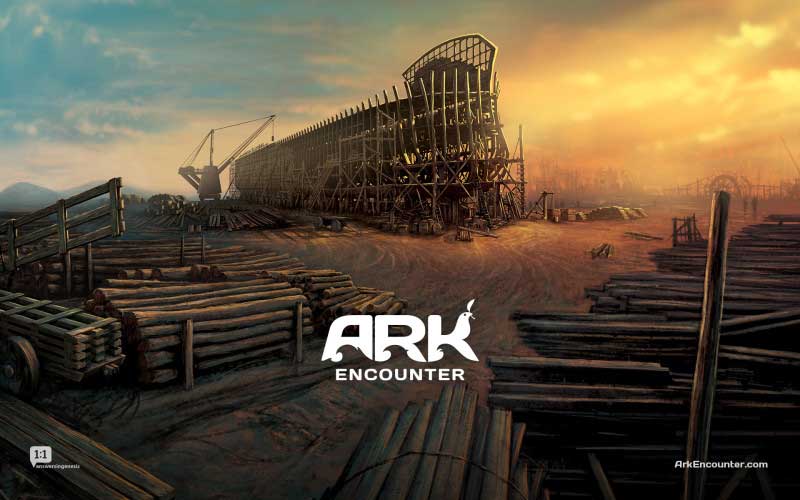 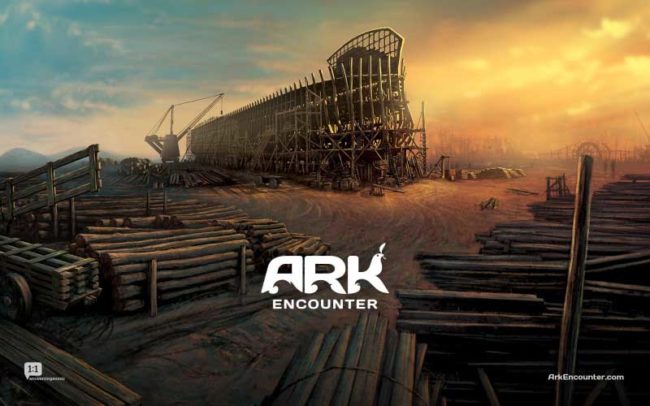 Ark Encounters, the $100 million dollar life-sized replica of Noah’s ark that was constructed in Kentucky by the young-earth creationist organisation Answers in Genesis, is once again demanding a bit of blogging attention. It is all just too bizarre and weird to ignore.

First a bit of Background

I did an Ark Special a few days ago, and much of the detail is there. Basically this is what happened …

I speculated that the most probable outcome is that they would reverse this tax dodging trick because it would cost them too much.

I now have three updates.

Update 1 – They reversed their tax dodge

Ark Encounters has now once again sold themselves back to themselves for just $10.

Update 2 – Answers in Genesis Have Released a Statement

Within this statement they open with this …

much misinformation and many falsehoods have been disseminated by reporters and bloggers about the Ark Encounter and its relationship with the Williamstown city council and a safety tax the council imposed on the Ark.

OK so apparently we have been getting it all wrong and they wish to clear things up and explain what is really going on. Let’s see.

The Ark has never stated it would not pay into the fund.

Nobody claimed that this was their stance, but rather that they tried to cap it and then tried a “we are a non-profit” tax dodge.

It is a rather bizarre claim since the news was not that they would not pay, but rather was all the stuff they were doing to try to avoid paying it, and did clearly request not to pay it ….

During brief discussions regarding the annual budget at the Williamstown City Council’s June 20 meeting, Mayor Rick Skinner mentioned the Ark Encounter was requesting an exemption from the safety assessment fee on grounds that they are a religious organization. The fee collects a 50-cent charge on tickets in admission-based businesses within the city of Williamstown, and currently affects only three businesses: the Ark Encounter, Williamstown Family Fun Park and Main Street Gardens.

The fee does not apply to non-profit, religious, and charitable events and organizations.

On 28th June Ark Encounter, a for profit, sold itself for $10 to a non-profit religious entity. This was clearly done to avoid paying the city safety fee, there is no other reason for doing that.

On June 29, Williamstown city attorney Jeffrey Shipp sent a letter to the biblical amusement park Ark Encounter, rejecting its request to be exempted from a new safety tax because its is a religious organization.

In frequent discussions with the city over the last three months, Ark Encounter leadership had proposed that the fee be capped, and recently suggested a maximum of a half million dollars per year. Ark representatives made it clear that it had concerns about the fairness of the city ordinance, for it makes the Ark Encounter bear almost the entire load for the increased funding to cover Williamstown’s budget for police, fire, and EMS. This is a city of 4,000 residents.

A 50 cents fee from each of the $40 tickets will grant the city about $700,000. If they bought just one fire engine then it costs $500,000 for a basic truck with no equipment, so clearly getting $700,000 is wholly reasonable. If something happens at the nearby park, who exactly are they going to call and how will that response unit be paid for?

This attempt to cap was accurately reported within many blogs and also the local media, so this statement simply confirms that the various blog and media stories are in fact accurately reporting what was going on.

What the statement does make rather transparently clear is that their status as a for-profit is simply a bit of smoke and mirrors for tax purposes.

To qualify for the $18 million tax break from the state, they needed to be setup like this, hence their attempt to avoid the safety fee by formally becoming a non-profit turned out to be an incredibly stupid decision. It was only when they got a warning letter on 18th July from the state telling them to roll it back or else no tax break that they realised the true cost of such a change.

Within their summary they once again claim …

The safety-tax matter has been highly misrepresented. The Ark has always been willing to pay into the safety fund, suggesting a yearly cap of a half million dollars per year.

… and yet clearly that is simply not wholly factual, they were not willing and did their best to avoid it.

The statement finishes with this gem right at the end …

all the misrepresentation by the media and secular bloggers

… who have been accurately reporting on what is really going on here.

Gosh … young-earth creationists being dishonest about what is actually true. We have never seen that before.

Update 3 – They have finally agreed to pay the safety fee

The latest update is …

So that’s it then. After a huge amount of insane stupidity they have finally managed to do something right. Mark the date in the calendar, because getting something right is such a rare event for these folks.