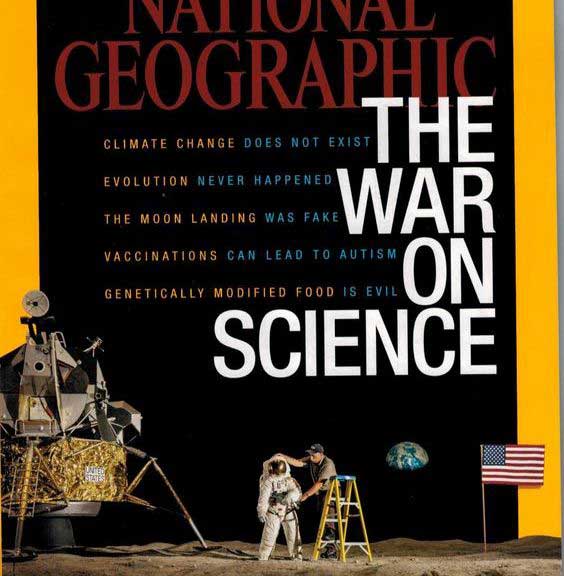 According to a new study the correlation is Teleological thinking.

What the heck is that?

OK, more on that in a second. First, let’s think briefly about why knowing about this matters.

Thanks for sticking with me here. As you read on, we will first cover what “Teleological” means, then we can move on to see what the study authors actually did and ask ourselves if their conclusions are viable. Finally we can give some thought to how it might apply to us as individuals.

What is Teleological thinking?

The root for this word comes from a combination of two other greek words; telos (end, goal, purpose) and logos (reason, explanation). In other words this is the idea that something we observe happens for a reason or purpose.

While we has humans can indeed do specific things for specific reasons, events in the wider universe are generally purposeless – stuff just happens because of the basic laws of physics and not for a specific reason.

It has been recognised for quite some time that such thinking is one of the barriers that prevents many people from accepting evolution. Basically such thinking runs along these lines – cats are cat-like and exist in that form for a reason, and dogs are dog like and exist in that form for a specific purpose, hence what naturally follows is the idea that there is a God behind it all.

The researchers behind the latest study wondered if such thinking was also associated with other ideas such as conspiracy beliefs, so they conducted a series of studies to find out. In many respects it makes a lot of sense. When something random and senseless happens, some make the leap to it being a deliberate act that has a purpose and was done by some dark nefarious agent or group who had a specific intent.

It was published in the journal Current Biology on 20th Aug and titled “Creationism and conspiracism share a common teleological bias“.

What was their hypothesis?

Noting similarities between creationism (the belief that life on Earth was purposefully created by a supernatural agent) and conspiracism, we sought to investigate whether teleological thinking could underlie and associate both types of beliefs.

They ran three separate studies, so lets take a quick pass at each.

First they wanted to find out if teleological thinking, which is associated with creationism, was also related to conspiracist beliefs, so they got a group of 157 randomly selected students to fill in a survey. It included teleological claims and conspiracist statements, as well as measures of analytical thinking, esoteric and magical beliefs. Basically this consisted of 100 sentences that participants had to mark as either “true” or “false”. By seeding it with false teleological claims such as “Bats hunt mosquitoes in order to control overpopulation” they could then see who went along with that way of thinking.

Beyond that list they also used various scales to measure conspiracy beliefs. As an example there were statements such as “the government is involved in the murder of innocent citizens and/or well-known public figures, and keeps this a secret”. They would ask participants to rank such claims on a scale that runs from “Certainly false” to “Certainly true”.

Side note: these participants were students at the University of Fribourg, Switzerland, hence this was the Swiss government they were being asked about. You would need to be a serious hardcore conspiracy theorist to buy into the idea that the Swiss government did stuff like that. If it had been a group of Russian students then all bets on that are off.

So how did it go?

For this second study they drew on a large-scale survey of a representative sample of the French population (1,252 people) to test if creationism and conspiracism were directly associated.

They found a substantial correlation and that this correlation remained even when they controlled for age, and educational level. It also persisted across every religious grouping and for every political stance. (This is a French survey so that would be French politics – That also has semi-popular extremes – Bonjour Madam Le Pen).

Having found evidence for their hypothesis of a link between conspiracism and teleological thinking, as well as creationism, they then investigated this association using more refined measures to distinguish between agent-based and purpose-based explanations.

They recruited 733 people to complete an online survey.

Once again this revealed that teleological thinking was moderately correlated with conspiracism and as expected with creationism, which in turn was positively related to conspiracism. In other words this replicated their previous results.

It’s a correlation … a moderate one. They have not established a causal relationship, so stop reading those media headlines that declare this as the reason for such thinking.

A purpose-driven view of the natural world (teleological thinking) has long been associated with creationist beliefs. It would appear that this cognitive bias also extends to historical events and conspiracy narratives – moderately. You could in fact perhaps look at Creationism as the ultimate conspiracy – the purposeful creation of all things. Then again you could also flip that coin over and view conspiracism as a type of creationist belief – specific events have been purposefully created by an all-powerful agency.

Key point: As I’ve already said, but am now repeating because it is important – this is a correlation, they have not established a causal relationship.

It might indeed be tempting to think that a purpose-driven view of the natural world leads to people embracing creationism and/or conspiracy theories, but it could also flow the other way. What if the embrace of creationism or a conspiracy theory leads to such thinking and is not caused by it.

What Does it mean for us?

It’s complicated. We now know a little bit more, but we truly don’t have a full grasp on it all … yet. There is still much more to learn.

It is just one more example of a cognitive bias that has the potential to nudge us towards irrational conclusions or to simply retain ideas that simply are not true. It is not the primary driver, nor the sole driver, for example other research has revealed that people embrace conspiracy ideas because they want to feel special, and also often leap to an embrace of such ideas because they don’t think analytically but instead intuitively.

Things happen. For example planes crash perhaps because of mechanical failure. Often there is a temptation to attribute it as something that happened for some purpose and so some might claim it to be part of some dark conspiracy on the basis of no evidence at all.

Conspiracies are tempting to many because they help to explain things that we have no control over. Part of this temptation is rooted in our evolution – we have been naturally selected to detect purpose and agents because it gave our ancestors a distinct survival advantage. Being able to detect beasts hunting our ancestors for lunch enabled them to flee and survive. Those that didn’t did not survive.

The popularity of conspiracy thinking is part of the price we as a species pay for that advantage.

Grasping an understanding of what is going on and why it is like this has the potential to also be part of the solution. This latest study is just one more step on that road and adds another small piece to the puzzle.

Yes I know that there are real conspiracies, for example the conspiracy amongst the 9/11 hijackers, or the conspiracy of silence within the Catholic Hierarchy to cover up abuse. The difference between the acceptance of such conspiracies as real and your hardcore conspiracy theorist is evidence. If there is good solid robust verifiable evidence from subject matter experts, then it many indeed by true. On the other hand, when faced with speculation from the fringe, then I’d personally recommend not making that leap.