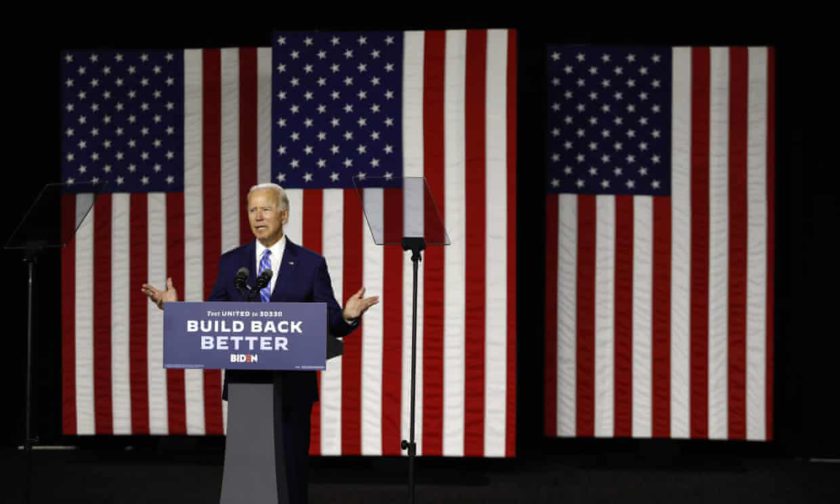 What exactly is this plan, is it simply political bluster, or does this have real substance within it?

In summary this is basically the Goal …

The price tag is $2 Trillion and that is spread out over 4 years. He had previously been talking about $1.7 Trillion spread out over 10 years, so clearly this is a rapid acceleration of that vision in within his first term.

There has been work on a 110 page policy wish-list for Biden to consider. In the run-up to selection, Biden adopted a moderate platform while others such as Sanders and Warren courted progressives with far more ambitions proposals.

The world has of course radically changed and so in May joint task forces appointed by Biden and Sanders were asked to create a road map. With unemployment reaching levels not seen in many generations because of the pandemic, a radical bold initiative that is on par with the steps enacted by Franklin Delano Roosevelt’s New Deal are now needed.

What came out of that join initiative was the 110 page document on 8th July.

That’s where the substance of the $2 Trillion plan came from. In there you find recommendations for net-zero by 2050 and the elimination carbon pollution from power plants by 2035.

Clearly Biden listened and has now openly embraced it.

Bernie Sanders is quoted as follows …

“When I talked to Joe a while back, he said that he wants to be the most progressive president since FDR, Do I believe that Biden believes that now is the time for bold action to protect the working class and lower-income people in this country? Yes, I do believe that’s the case.”

Where can I find details of the plan?

On his website of course, it is not exactly hidden or a secret.

It will of course come as no surprise to learn that Biden also intends to re-enter the Paris agreement and double down on US contributions.

How will it be paid for?

Trump gave huge tax breaks to corporations and the mega-wealthy. Biden will be clawing that back. There will be tax increases for corporations that can easily afford it and also by … “asking the wealthiest Americans to pay their fair share”.

You might hear criticism regarding a $2 Trillion bill, but those same voices were rather silent when Trump gave literally trillions to those same corporations and mega-wealthy individuals in 2017.

The inevitable reactions from the Trump camp is exactly what you might anticipate. It is basically the usual Trump blustering that has no substance and is deployed to use fear to manipulate.

One other rather obvious reality check is that Biden needs to turn the Senate blue. If that does not happen, then this plan will fail.